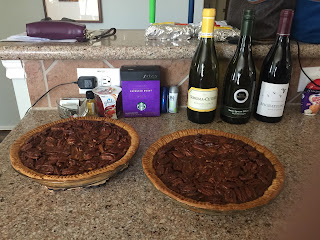 I just returned from Houston, Texas, and spending the Thanksgiving holiday
with daughter Serena, s-i-l Jeff, and his daughter Serafina.  Lots of fun and Waaaay too much good food.

I made two of my Southern Pecan Pies for Thanksgiving.  Wicked delicious and rich.  Recipe is in the Cozy Chicks Cookbook.  I "gave" the recipe to Pete from the Kelly Flynn mysteries.  :)


Considering everything that was going on---including a busy Thanksgiving which included several of Serena's and Jeff's close friends. I've met all of them several times before over the years, so they all feel like family.  :) 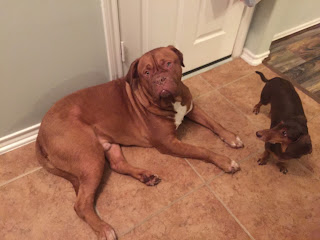 And----there were dogs, of course---French Mastiff Boss and Sweet Dachsund Oscar.   Two of my favorite doggies (not including my own Katie and Max) that were also very much a part of the holiday----except when it came to enjoying all the delicious food.  That was when  Boss and Oscar got to have "outside time."  And in Houston, Texas, the outdoor temps were in the mid-70s all afternoon. 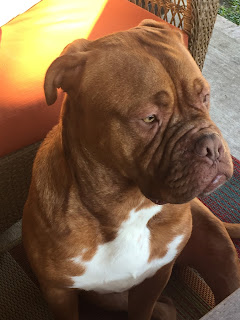 French Mastiff Boss is waaaay bigger than when I first saw him during Christmas of last year.  Wow. And Jeff and Serena tell me he's not completely grown yet.  This should be fun to watch.  He's such a gentle giant.  He and Oscar love to play a game where Boss holds one end of a long chewy toy. 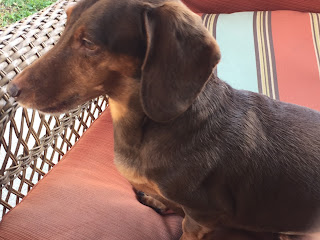