A SAFE HALLOWEEN FOR YOU AND YOUR PETS 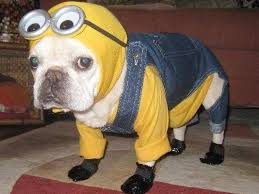 Okay, there are two schools of thoughts about dressing up your pet for Halloween. If you're a dog owner, I think a lot of pups are okay with the idea. If you're a cat owner, not so much! When I've asked my cats if they'd like to go trick or treating, they just give me a cool look that says, "No thanks, you go ahead. I'll just stay here and chill." 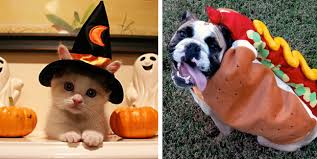 Some people like to dress up their pets but don't make the rounds with them, they keep them in the front hall, so trick or treaters can see their cute costumes. Sometimes this is a good idea and sometimes not. If you have an animal that is skittish, he could easily zip out the door in the excitement of the moment. Also some pets are sensitive to noise and would react negatively to hordes of little kids screaming "trick or treat!" And don't forget that some kiddies are nervous around dogs and cats, so that's something to consider.

If you do decide to take your costumed pet out in the neighborhood, make sure you have a sturdy leash and put something reflective on him. And make sure his costume isn't wildly uncomfortable. Perhaps taking a picture of him is a better choice than actually make the rounds with him.

Some pets look downright unhappy in their costumes. 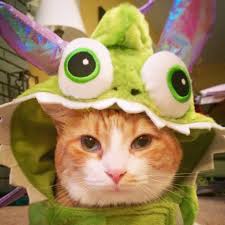 Some look adorable and don't seem to mind it too much. 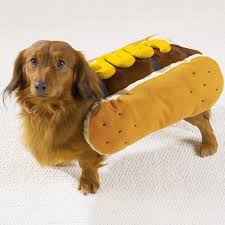 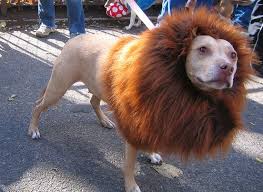 Some are just too cute for words! 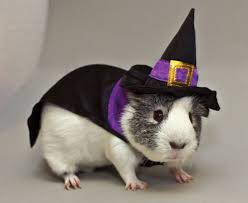 Whatever you decide, have a safe, happy Halloween, everyone!!