You know it's really fall when the hummingbirds leave. Usually, they leave Labor Day Weekend. I don't know if it's the quality of the light or the shorter days, or just a hint of a nip in the air, but usually they vamoose.

This year ... they're still hanging in there. Okay, maybe just one little guy, who sits in the lilac tree looking all around to make sure nobody gets his "stash" -- the sugar water in the feeder I hang from late April until mid-September (just in case they hang around a little longer...like this year). But soon he'll be gone, too. 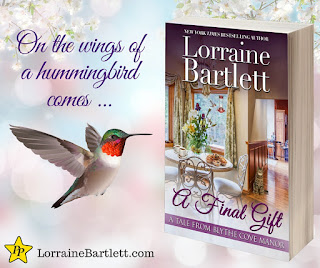 When I started my second Blythe Cove Manor story, A Final Gift (still not fond of that title), I had no idea I'd be writing about hummingbirds. They just kind of showed up--and stayed through the whole story.

But unlike hummingbirds, that seem very territorial (and seem to want to kill each other to keep another of their species away from the food source), my story is, at its core, about friendship.

What a rare commodity these days. It seems like people are much more interested in texting than actually speaking to one another. I'm sure you've been in a restaurant and seen two to four people sitting at a table with their heads bent over their phones, not paying attention to each other, flipping through their apps, their emails, and texting. 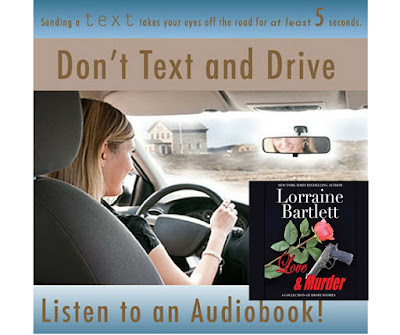 My brother recently came back from a cruise. He said during the shuttle ride from the cruise terminal to the airport he saw way too many near misses on I-95 and just bout everybody seemed to have a phone in their hands.

Will young people ever learn the fine art of conversation? What about face-to-face friendship? Will that be a lost art, too?

My wish is that more and more people would put the phone down and go back to actually listening.  I may as well wish on a falling star.

BTW, if you're interested in reading A Final Gift, you can get it on ...

Now, please tell me you'll put your phone down for just a little while..
Posted by Lorraine Bartlett at 7:13 AM