You want me to do what?? 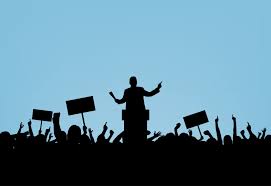 It’s politics in spades time of year. I don’t care who you are for or against but the one thing all political parties have in common are speeches! Lots and lots and lots of speeches. Some good, some bad, most forgotten.

But the thing that strikes me most is...how do they do it? How can the candidates and their supporters get up in front of crowds and TV camera and give a speech?

I remember reading a poll that was taken that says in things feared that death ranked third. What was first? You guessed it, giving a speech. That of course means that people would rather die than give a speech.

I’m okay if it’s a speech on writing because I’ve been writing for twenty-five years and I have lots to say about writing but give me any other subject and I’m toast. 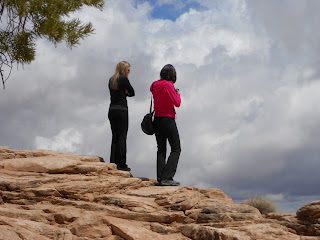 And that’s not the only thing I’m afraid of. For me it’s heights! I think it came from when my kids were little and we’d go hiking they’d get so close to the edge of a cliff and scare the bejeebers out of me. They still do it!

Fact is on our last trip out west my middle daughter was so close to the edge of a two-thousand-foot cliff to get this picture I had to walk away. She scares me to death. See that little dot in the water? That’s a boat. It gives you an idea just how big this river is and how high we were. 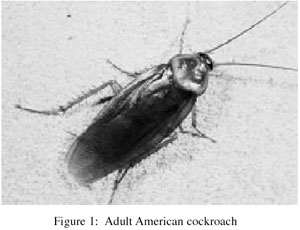 Another thing that scares the poop out of me are bugs. Outside is okay but a thousand-legger on the wall at midnight totally freaks me out!

So what about you? What is something that scares the heck out of you?
Posted by Duffy Brown at 12:11 AM