Tori Cannon is In The Cozy Chicks Spotlight! 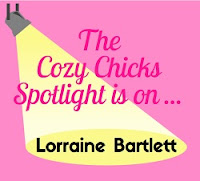 Hi, my name is Tori Cannon, and I'm in love with a body of water. Not just any body of water, but beautiful Lotus Bay, NY.

My grandparents owned a bait shop and a seven-room little motel, called The Lotus Lodge, at the south end of the bay. I'd spend summers there catching minnows in the warm, shallow water around my Grandpa's dock, and my Grandma would let me sell them in the bait shop. Maybe that's where the seeds of being an entrepreneur were sown, although that trait came out rather late in life. Late--as at the end of my twenties.

But then my parents moved to Ohio, where the land was flat and the summers hot, and the threat of tornadoes always seemed to be close at hand. When the sky turned green, I knew it we could be in for an awful time. We were spared the horror of losing life, limb, and our home, but thousands in my new-home state weren't. After a while, I decided that Ohio wouldn't be the place I'd hang my hat as an adult.

And maybe that's why I only applied to a handful of colleges--and all of them within a fifty-mile range of Lotus Bay. I ended up at SUNY Brockport and when the weather was good, could go and visit my grandparents. By then, the Lotus Lodge had closed. My grandma was getting too old and sick to take care of it. 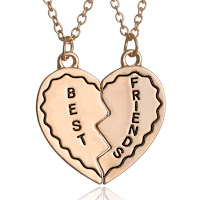 The best thing about college was that I met my best friend forever--Kathy Grant. We were roommates and became instant friends. One year, I even spent Christmas with her family because my parents had taken a skiing vacation to Vail. I mean, the choice was obvious: hang with my best friend, or go where I knew no one and might break a leg.

Graduation day was one of the saddest days of my life because it meant Kathy and I weren't going to see each other very often. I graduated with a teaching degree and Kathy got a business degree. She wanted to work in the hotel industry and one day dreamed of owning her own bed and breakfast.  My goals weren't quite that lofty, 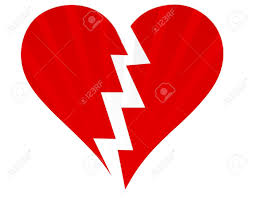 I got a job in the city of Rochester.  It was the hardest job I ever had.  I'd come home from work every day exhausted and--sometimes--afraid. After two years, I considered leaving the occupation. But then I found another job, that paid more, in a suburban school. I also found a boyfriend. Unfortunately, while I loved my job, I wasn't certain I loved Billy, but we moved in together for a few years and at one point even talked about buying a house together. I say house, because I'm pretty sure it would never have been a home. Billy and Kathy didn't get along, and Billy made me choose between him and Kathy. I'm very sorry to say I chose him. After three years,  Billy cheated on me, moved out--taking most of our stuff with him--and left me with the bulk of the bills.Kathy and I would see each other every few months--and then it got to be once or twice a year, I never felt so alone in my life. It was only Daisy, my cat, who saved me from total heartache. And then things got worse. I lost my job.

And then one week in June, the area was hit with a cold snap--and my grandma had a massive stroke and died a few days later. Since I was the only family member in the area, I helped my sad-eyed Gramps with the arrangements and hung around to help him after the service when the rest of the family jumped in their cars and drove away as fast as they could from Lotus Bay. The only bright spot in that day was seeing Kathy, who arrived for the service. She had to go back to work, but even she stayed longer than the rest of the family.

And just when things couldn't get worse--they did. Gramps and I walked around the property, which by then was looking pretty run down, and found a body in one of the rooms of the old, abandoned Lotus Lodge. 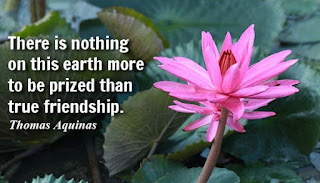 Just when I didn't think the sun would ever shine again, Kathy called that night--just to check up on Gramps and me. And the next day, she drove out to see us again, taking a few days of vacation. Kathy had decided what I needed to do even before I could see it myself. She instincively knew I needed a project that would heal my wounded soul, and help my Gramps, too. We were going to fix up the bait shop--and she had her eye on the Lotus Lodge. She managed a hotel off the NY State Thruway in Batavia, but she never forgot her dream of opening a B&B, and she was determined to rope me into her dream, as well. 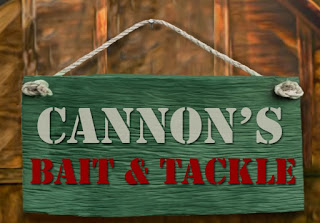 And darned if I didn't take to it like the ducks that swam near Gramps's dock. Of course, there have been a lot of obstacles--too many to mention here--but maybe you'd like to read about them in With Baited Breath. 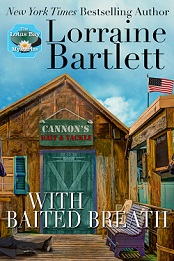 Kathy and I are already having new adventures, but there hasn't yet been time to write down these tales. But don't worry -- there's more in store for this dynamic duo who laugh in the face of danger.  (Okay, maybe not laugh--but chuckle warmly.)

Can you be just a little more patient with us?

Posted by Lorraine Bartlett at 7:54 AM