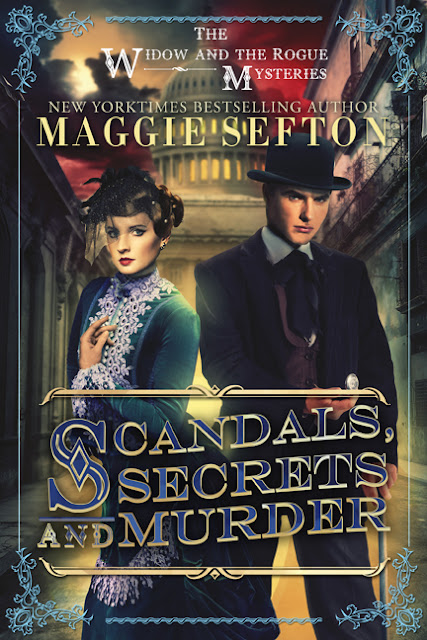 From my Historical Mystery--1890 Washington, DC

SCANDALS, SECRETS, AND MURDER:
The Widow and the Rogue Mysteries

Amanda Duncan, wealthy young Washington widow, has spent years trying to ignore the clairvoyant visions that flash unbidden before her eyes, but she can no longer.  If only her husband had believed her vision of the fiery train crash, he and her young daughter would still be alive.  Since she couldn’t save her own loved ones, Amanda turns her back on Washington society and deliberately treads where no respectable lady would dare---into the grimy and violent world of Washington’s tenement alley slums.  Perhaps her visions can help others.  This latest vision, however, was most troubling.  She saw a man stabbed to death by a shadowy assailant and a young girl screaming.

Not surprisingly, the police scoff at Amanda’s visions.  But Devlin Burke does not.  Her account of the murder causes the hair on the back of his neck to stand on end.  He had been present in London two years earlier when the famous psychic Robert James Lees led Scotland Yard to the very door of the Ripper--only to be ignored.

Available in Tradepaper edition from Amazon as well as E-book format.