Can women only be happy if they're in a relationship? 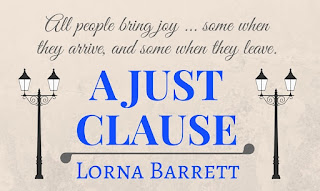 The other day, I posted a graphic on Facebook announcing the title of the next Booktown Mystery. Unless the Marketing Department decides to change it, my editor seems to think it will go. It was suggested by one of my readers (Hi, Debra!) who will be rewarded in some fashion ... as soon as I figure out how.  In any case, I don't hate the title, and that's a big plus in my book.

But I was rather disturbed to get several comments from readers who seem to think the only way Tricia can EVER be happy is by being in a relationship.

Oddly enough, no one has made a complaint about Angelica's vow to take time to do what she wants to do--run her empire, and concentrate on her new family. Some readers are unhappy about the end of Tricia's relationship with her ex-husband--but equally as many readers wrote to tell me they were sick of him.

Let's face it, we've all known people who were unlucky in love. Sometimes being with someone is not the healthiest situation. Women who stay with abusers rather than be alone is just one example. (The same thing can happen to men, too.) 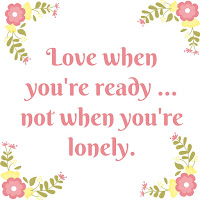 I love the saying on the left.  It speaks to the situation of many women (and men).

I'm not saying that there will never be another man in Tricia's life ... but I am saying that it's an option for her NOT to be in a relationship just for the sake of her being with someone.

I always say that I don't really write these books...I take dictation, because most of the time the characters decide for themselves what they want to do. Tricia will let me know when she's ready to start looking for love. And who knows ... it might just be in the very next book. 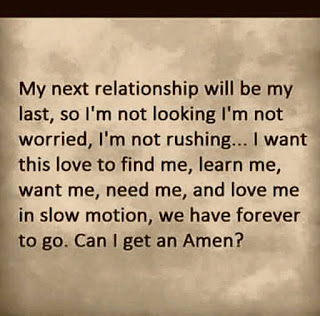 And here's something I found on Facebook that says it all.

Wouldn't you agree that that is the very best Tricia should hope for?