Spotlight on Camilla MacPhee (sort of)

Greetings, readers. My name is Alvin Ferguson and I’ve been asked to introduce my sometime employee, Camilla MacPhee, as she was tied up in Court today (defending that ‘reformed burglar’ Bunny Mayhew) and couldn’t make it. Hmm, what to say?  Camilla is very smart, very stubborn and, it must be said, occasionally cranky. For some reason, I bring this out. Not my fault. It is so not fair that she refers to me as 'the world's worst office assistant'.  After all, our families are both from beautiful Cape  Breton Island and we should be kinder to each other. 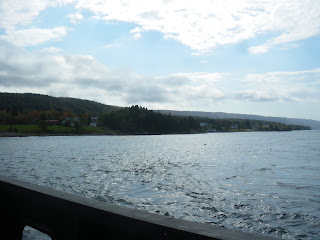 Perhaps she's surly because she lost her husband fifteen years ago when she was thirty. He was run down by a drunk driver. Paul and Camilla had been together since law school and it seemed to people who knew them that they’d always be together. Camilla turned her attention to victims of crime and I think she still works things out by helping victims.  One thing for sure, you don’t want to get in her way.  Anyway, she did a lot of good with her advocacy agency JUSTICE FOR VICTIMS. Too bad about the explosion, but that’s a story for another time.

I’ve been with her about five years now.  Of course, now that the government has taken over some of the roles of the agency,  Camilla’s back to doing a bit more legal aid work and she’s kind of got a new man in her life: a police officer! That’s so weird because Camilla does not like police officers and it’s pretty well mutual. This is in spite of the fact that her sister Alexa is married to one.  I suppose I should mention Camilla’s three older sisters: Alexa, Edwina and Donalda.  They are all tall, blonde and elegant, like their father, the retired school principal, Donald MacPhee. Camilla is short, dark and unslender, the odd one out in the family of Cape Bretoners transplanted to Ottawa, Ontario, Canada’s capital.

Every one of the six crime-solving adventures that Camilla has been involved with seems to be connected to one of the Ottawa festivals: Speak Ill of the Dead is the first, in which I am introduced. It takes place during the spectacular tulip festival, although I would like to point out that at no point does a giant black cat appear in the tulips in front of Parliament Hill or elsewhere. I mean, seriously! 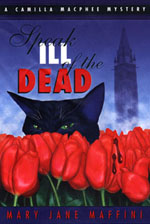 The Icing on the Corpse takes place during Winterlude and while Camilla is trying to figure out who killed a very bad man (we all felt like it), she’s distracted by the need to get a bridesmaid’s dress for her sister’s wedding. Although she claims they’re all butt-ugly (the dresses, not the sisters), I feel she isn’t trying hard enough. Also, I think that winter may be the villain in this book, because I have a very rough and wet night.

Little Boy Blues takes a road trip to Cape Breton where Camilla takes a dislike to my family, perhaps with reason. She’s back in Ottawa for The Blues Festival (with a police officer following her) and a dangerous encounter with a serious bad guy who wants to hide an old crime. 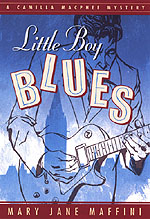 When Camilla ends up as next of kin for a college acquaintance she hardly knew, in The Devil’s in the Details, she learns that the steep embankment behind the Supreme Court of Canada was the site of her benefactor’s murder and also that the woman was not who she appeared to be. The Balloon Festival just adds complications. 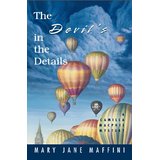 One of the things I like about Camilla is her relationship with Mrs. Violet Parnell, the smartest ‘eightysomething’ you ever met. Camilla respects her and calls on her expertise in all things technical. We don’t know exactly what Violet did back in WWII and after in her career in some shadowy branch of the government, but that background and those connections sure come in handy. In The Dead Don’t Get Out Much, Camilla follows Violet who has vanished to Italy after claiming to have seen a dead man. It’s a great vacation for some, although I had to stay home and miss the drama and the connection to the war. 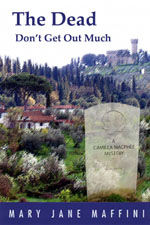 Camilla’s not that crazy about lawyer jokes, so when she starts to receive them anonymously at home just before people in the legal profession are killed, it makes her even grumpier than usual. Seems like The Dragon Boat Festival is a bit more dangerous this year, and for a lot of lawyers. murder is no joke. 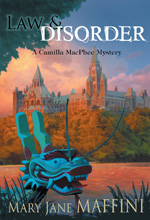 Oops, here she comes!  I said nothing about her bossy sisters or any of her bad habits. If cornered, I will deny everything.  But she will want me to have told you that she will be back in a new adventure next year.  Stay tuned for details.

Next time though, I’d like to intro Violet Parnell.

Until then, keep reading and stay safe.  By the way, Camilla MacPhee books are all available as trade paperbacks and the whole bundle of Camilla books is available in e-format for 23.99 for all six. 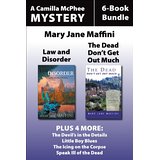 CLICK HERE TO ORDER  and say Alvin sent you!

Your new friend,
Alvin Ferguson
Posted by Mary Jane Maffini at 1:00 AM