The dangers of Binge Watching 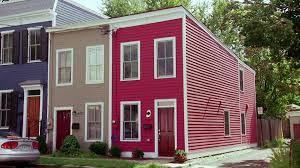 So what is binge watching? That’s when you have a cold or you’re sick our your just lazy...that would be my excuse...and veg in front of the TV and watch many episodes of one show.

For me it was House Hunters though I’ve binge watched my way though such things as House of Cards, Game of Thrones, Gilmore Girls. You get the idea.

But this time there are repercussions in that after watching two hunky guys spend hours spiffing up houses I realize my house is  a wreck! By all rights the wrecking ball should be called in and we demo the place. But since I cannot afford to do that it’s me and a paintbrush on the warpath. 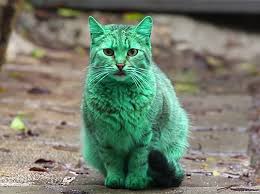 If it doesn’t get out of my way it’s getting painted just ask the cats. Spooky now has a white strip down her back sort of skunk style. 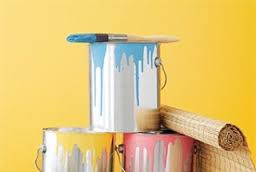 I’m refinishing the fireplace, I’m tired of the old orange brick and I’m putting something called chalk paint on the furniture to give it a facelift. Something called old linen. Wish it had a better name. Not only does House Hunters get me in trouble so does a trip to Pinterest. 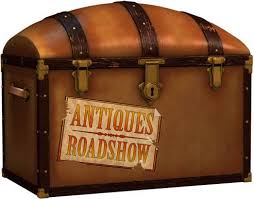 So my question to you is, do you binge watch? Have you ever watched a show then jumped off the deep end and redecorated everything in sight or watched Globe Treckers and booked plane  reservations to China or watched Antiques Roadshow and decided all that junk in the attic is priceless?

I’ll give away a paint brush from the answers.
Posted by Duffy Brown at 12:50 AM