One of the great things about being a hybrid author (with one foot in the traditional world of publishing, and the other firmly planted in the world of indie publishing), is that you can write whatever you want. I'm under contract for the Booktown and Victoria Square Mysteries, but I also have three other series under my (various) names:  the very successful Jeff Resnick Mysteries, the (still wet behind the ears) Lotus Bay Mysteries, and the totally unsuccessful Tales of Telenia adventure/fantasy series.

Why is Telenia unsuccessful? It's not my usual genre. How many of my mystery readers want to read a book about a woman stranded on a strange, misogynist planet, where every day she seems to smack into yet another brick wall? A place where the food is bad, the people unfriendly, and everything is alien to her?

Yesterday, my friends Kelly McClymer and Shirley Hailstock and I were talking about the books and why they can't seem to find an audience.  Kelly read my blurb and then asked me how I viewed the series. I pretty much told her what's written in the paragraph above. She said, "But that's not what your blurb conveys." 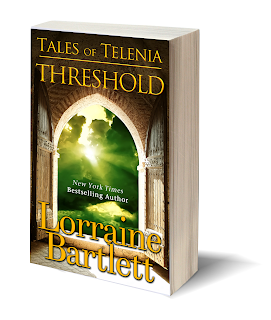 Here's my blurb for the first book (which is not the first blurb; I've worked it this several times). It tells the story, but doesn't convey Amanda's adventures (like capturing a giant spider, or being taken captive--and her struggles with Prince Paxdon):

Amanda Shelton is clever, adventurous, and tough--and she'll have to be, because she's crash landed on a world where her saviors might well be her enemies. It takes fierce determination to keep the people of this frightening and unfamiliar place from stealing her shuttle technology, or imprisoning her while they do it. Yet what she knows could save countless innocent lives--including those who keep this world safe. Facing this test of spirit will take everything Amanda has...if she survives at all.

Blurb writing is a skill--one I obviously don't possess. I'm contemplating hiring the Blurb Bitch to attack my description to see what she can do with it. 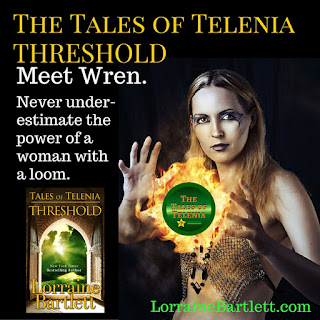 But when it all comes down to it, I'm a writer of characters, and it's my characters that attract my readers. Poor Amanda is alone in this book ... and then she makes a friend. And then another. (Think "Thelma and Louise.")

I've been stalling writing the next adventure because the first two have not sold well. It's been three years since I wrote the second book in the series, Journey.  Even though Threshold and Journey have not sold well, I can't abandon Amanda, Brannan, Dohmas, Wren, and Paxdon any longer. They are DEMANDING that I tell their story. It's all plotted. I've even got the dialog for a number of scenes memorized. (I've been thinking a LOT about this story.)  I have other commitments to write books that actually do sell, but I've decided to take an hour a day and work on Treachery. It's my gift to me.

But I do wish more of my readers would befriend Amanda. She's all alone in a place called Telenia. She could use a few friends.


Posted by Lorraine Bartlett at 6:51 AM