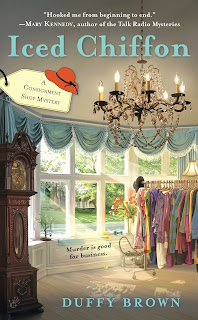 Duffy Brown here chatting about selling stuff. I work in the Snooty Fox Consignment Shop for real and sell stuff there all the time. I love the Snoot and even named the consignment shop in my Consignment Shop mystery series the Prissy Fox. 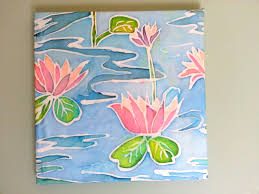 But the Snoot is not my store, it’s someone else’s and I’m just a minion behind the counter and that’s okay. I love the Snoot because of the terrific people I meet there and the amazing bargains. Just picked up this pink Lily scarf in mint condition for six bucks! 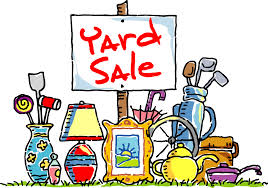 On occasion though I have sold stuff on my own. My husband and I sold a car on our own, two boats and an electric lawnmower when we realized it couldn’t hold a charge for a half-acre. What were we thinking? 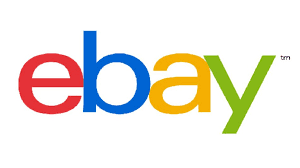 We’ve had our share of garage sales to empty out the house and those were pretty successful but we never sold stuff on eBay or Craig’s List. I think these places are great but now being a woman alone I just don’t do it. 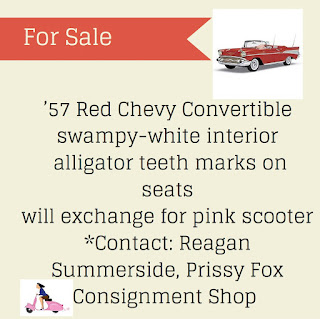 So my question to you is, have you ever sold anything on you own on eBay, Craigs or had a garage sale. And what about the local newspaper? Have you ever put in an ad for something you wanted to get rid of? Here’s an ad Reagan from my Consignment Shop series might have written.

Did you get rid of that something you wanted to sell? Was it worth the hassle or do you wish you’d just given it to Goodwill and taken the tax write-off?

come vist me www.DuffyBrown.com
Posted by Duffy Brown at 2:00 AM