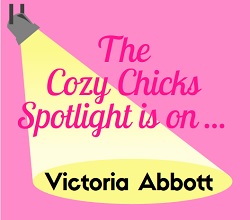 Victoria Abbott here!  We're thrilled to have another spotlight. The book collector mysteries woluld be nowhere without the book collector, Vera Van Alst, herself. Although, Vera is not our sleuth, she is the hub that the stories revolve around.  Without her, we’d be in a totally different series.

Vera is the owner of Van Alst House and the last surviving member of her illustrious family, now fallen on relatively (by Van Alst standards) hard times. She is also the most hated woman in Harrison Falls, N.Y.  You or I might be very unhappy to play that role, but Vera couldn’t care less. She only cares about her books and anything that leads to her acquiring more and better fine first editions for her vast collection.

It was Vera who hired Jordan Bingham to be her researcher to search for a previously unproduced and, in fact, unknown Agatha Christie play in The Christie Curse. Being Vera, she chose not to mention that Jordan’s predecessor died in the search for this same manuscript. Love for her fellow humans isn’t top of list for Vera. 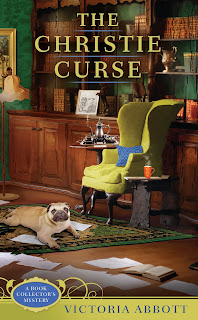 Vera does, however, dote on her Siamese, Good Cat and Bad Cat (not their real names). Sometimes it seems like Vera is a bit like Good Cat and Bad Cat herself:  capable of being nice and yet just as capable of slashing you with those claws. If you’re vigilant you can hear her call them. Have I mentioned her voice is like the crunch of tires on gravel? 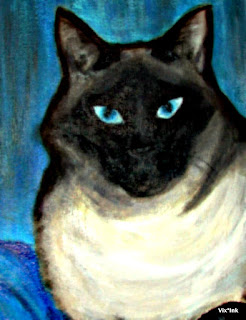 Perhaps we can cut her a bit of slack because she spends her life alone (except for staff) in this historic house and an earlier accident left her in a wheelchair.  We might think she’s miserable. But she’s not: she has her climate controlled, rosewood-lined library, with its Aubusson rugs and leather club chairs, as well as a fortune in books. She has people to say “How high?” when she shouts “Jump!”

She enjoys doing the New York Times crossword every day during breakfast in the conservatory and also seems to get a charge out of refusing to eat the signora’s marvellous meals. More for the rest of the gang.  She does enjoy her large rambling historic house, even though some of her most valuable antiques and sterling silver artefacts have been sold to finance her hobby.

Jordan works tirelessly to get Vera to switch from her large collection of frayed cardigans (all in variations of yak-herder beige) and wear some of the lovely silk blouses that Jordan has given her as gifts over the series a bit more often. Not much luck there, but we’ll keep you posted.
It’s not easy to get to know Vera, but in The Wolfe Widow, we learn of a secret she will never reveal, a secret that almost does her in.  We also catch a glimpse of Vera’s courage and cool in a dangerous situation. 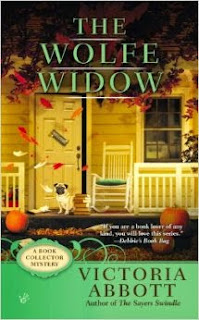 The fun never ends.  Vera is thawing gradually as we near book five, but she will never be anyone’s fairy godmother.  Still, with Jordan, the cook Signora Panetone and Uncle Kev (all round handyman and gardener) she keeps three people in work and gives a very good home to a lot of valuable books.

In September, Vera was invited to purchase and exclusive collector of Ngaio Marsh mysteries and have lunch at a fabled mansion. But unfortunately, that didn't end well for her. Oh dear.  We'll never hear the end of it! 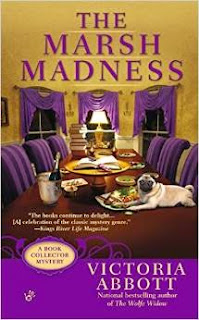 I asked Vera to come here for an little interview but she told me to get lost. Sheesh. Even the author doesn’t get consideration.  Never mind, we think Vera is essential to the books and the setting, so we’ll let her get away with it.


Those of you who know Vera,  drop in and speculate about whether she’ll ever change. If you don’t know her, don’t let her scare you off. She never minds if someone joins in for lunch at Van Alst House.   Vera's back in The Hammett Hex next October, playing a slightly different role. 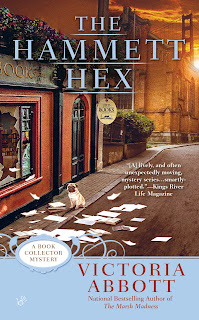 What do you think? Will Vera ever change? Would you like it if she did?
Posted by Mary Jane Maffini at 1:00 AM