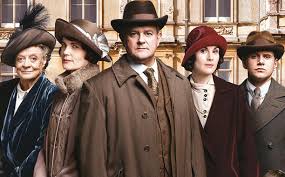 I love Downton Abbey and to think this is the last season breaks the heart.

I feel as if I know Cora and Robert personally, cried when Matthew, Sybil and William died, rooted for Mary when ditching the Turks body, celebrated when Mary and Matthew married. I feared the worse when Mary met that awful newspaper guy, cried again when Lady Edith gave up Marigold and cried again when she got her back. 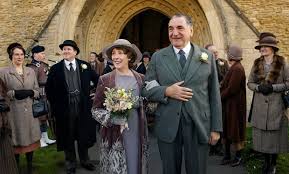 Some of my favorite scenes are Carson proposing to Mrs. Hughes, 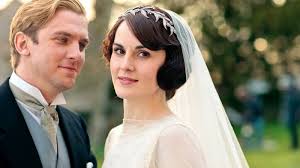 and their marriage, Mary and Matthew out in the snow and getting engaged (really loved that one) and when Matthew walked. 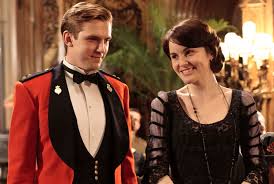 And then there’s Maggie Smith, we could write ten-thousand blogs on Maggie Smith. She has some of the best lines and delivers them as only Maggie Smith can. What a gal…what an actress.

I love the relationship between Carson and Robert. Those two love Downton to the depths of their souls. Men friendships are special when they have a common goal. 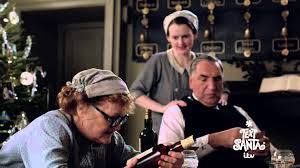 The clothes are amazing and love I love the passage of time from pre WWI to pre WWII. So much happened during this period, a true social revolution. 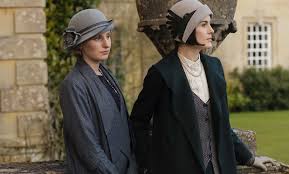 Okay, I’ve mentioned stuff you already know about Downton Abbey if you are DA lover but here are a few things you may not know:

-A real family does indeed live in the place we know as Downton Abbey (High Clear I think) and the money they have gotten from filming the series there has helped a ton in keeping the place up.

-The hiding the Turk body really happened in history

-Most watched PBS series ever

-Many of the costumes are original

Okay so now what is your fav scene of Downton? Are you a Downton lover? Will you miss this series as much as I will?
Posted by Duffy Brown at 2:00 AM