TAKE TWO SONGS AND CALL ME IN THE MORNING 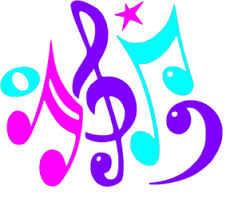 Sound like a familiar rant?  But I’ll bet you can’t guess who said that.  And I’ll bet that whomever you thought of, it wasn’t Friedrich Nietzsche.

Nietzsche lived in the late 1800s, so you have to wonder to what type of music he was referring. It surely wasn’t rap. Or rock and roll, which many believed would be the downfall of society.

I was inspired to write about how music affects us today,  and in planning my opening, I intended to start with William Congreve’s famous, “Music has charms to soothe the savage breast, To soften rocks, or bend a knotted oak.”

Then I found this one: “Take a music bath once or twice a week for a few seasons, and you will find that it is to the soul what the water bath is to the body.”
~Oliver Wendell Holmes (1809 - 1894)

Then I found Nietzsche’s and knew it was THE ONE.

But then I found so many great quotes, many of which made me laugh, that I’ve changed my focus, because not only does music affect us, but so does laughter. So here’s your feel-good read for the day.

Brass bands are all very well in their place - outdoors and several miles away.
~Sir Thomas Beecham

Opera is when a guy gets stabbed in the back and, instead of bleeding, he sings.
~Ed Gardner

I can't listen to that much Wagner. I start getting the urge to conquer Poland.
~Woody Allen (1935 - )

I think everyone should have a Beatles phase in their life. I think it's part of growing up in the Western world.
~Jadelr and Cristina Cordova, Chasing Windmills, 07-24-06

On a Serious Note:

Music has always affected me deeply. Some music I have to dial away from immediately, like harpsichord music, and I can’t tell  you why, just that it grates on my nerves.

When I feel down, playing peppy songs like the Andy Grammar hit, “Honey, I’m Good,” or “On Top of the World,” by Imagine Dragons, really picks me up and gets me moving to the beat.

When I was struck down by viral meningitis, I listened to Zen music for hours– and again, I can’t tell you why, only that it calmed the pain in my body.

In the depths of my darkest grieving, I found comfort in songs such as “Carry On,” by the group Fun, the hymn Amazing Grace, and many more hymns.

How do you use music? To pick you up or calm you down? What type of music do you turn to first?

I think music is a vital part of life - at least in my world. My parents were avid music listeners, so I grew up listening to a wide variety of music. I personally love almost any music that isn't just noise. I have to get away if I hear rap, heavy classical, most opera, some jazz, hard rock, country that is too twangy/depressing, etc. But my music library is pretty eclectic. I have playlists that fit my mood. Cleaning house, walking, etc. I like fun, upbeat music. To relax I like quiet, soothing music - often with nature sounds. I keep an old cell phone by my bed that has this type of music and I put it on every night before I go to bed. I also like "oldies" (for me that's 50s, 60s, and 70s), big bands, newer country, light classical, some jazz (like Kenny G), and classical/flamenco guitar. When my great grandniece is with me, we love Disney tunes. And the list goes on. I can't imagine my life without music.

Honey, you want music? You want laughter? Try Tennessee Hound Dog.by the Osborne Brothers a wonderful Bluegrass hit. With Banjo music it is hard to be down. And that song? A hoot and a half. In 50 years have heard nothing better. I am a music lover. Like all genre's. Classical, country, R&B, Easy Listening, heavy metal, rap. Soft rock, Classic rock. Doesn't matter, heard them all. It just depends on the mood. I have them all. Our family plays a wide variety of instruments. Piano, drums, are favorites. But a Banjo? Even when it is a 'sad' song it is upbeat. The rhythm and the sound just lifts the spirit. Like rock for when I am working. It just makes the time fly. Easy listening or classical in the background when I am reading. Classic rock or country and western when I feel like singing. A couple of lines from Tennessee Hound Dog. "He looks like ugly warmed over some dog lover's have said. But he's got more sense in the end of his nose than they've got in their heads." or "When he gets a certain kind of look on his face, the she hounds head for a hiding place." It's clean. It's funny. The very best of all time for a lift, to finish the day with joy, it lightens the heart so.

I'm so like you, Lynda! Eclectic is the best word for it. Life would be very dark without music.

Thank you for the suggestion! I love to laugh (you can tell by my books) and that song sounds like a winner to me! I'll check it out.

I just listened to "Tennessee Hound Dog" and smiled/laughed all the way through it. My current favorite song is "Coming Home" by Mat Kearney, mostly because it was specifically written for the Univ of Oregon Ducks football team and has a good mix of old and new plays and players plus beautiful shots of Oregon.

I like most music although rap leaves me cold (don't understand the words/don't like the language used) and some classical music primarily featuring violins when they are screechy. I grew up in a very isolated town in eastern Oregon where we didn't get reception from many radio stations. The local one played twangy country music most of the time so it took me a long time to appreciate some of the better country music that's out there. Grew up when Elvis, the Beatles, and the British Invasion were happening and still love much of that music. Cordella

Thanks for the chuckle, Kate! Perspective is all.

I loved that Nietzsche had the same gripes that modern parents do!

British invasion is my background but I love a variety of genres, as you do, Cordella. Some speak to me, some say, "Turn me off, for God's sake!"

I recommend Black Sabbath when you are way behind on knitting and need to stay up all night to finish it....but only then! It is really my husbands but I did find his CD several times when I needed it. My brother-in-law fell over laughing when I told him.

Music has always been a part of my life and my whole family's life. My older brother caught the British invasion and all the great 60s music and even though there was 8 years between us, I hung on every word. He played in a band from the time he was 16 until many, many years later (my late 20s). We loved and still to this day love rock, hard rock, classic rock, you name it. I could not stand country music growing up (in Nashville I was a rebel, lol) because it was my dad's music. Now and as I grew up, I started to have great respect for old country music. We have specials songs that we play for holidays to make us all cry - I Believe in Father Christmas(ELP) the best, but also many others. My brother gets a kick out of getting the tears flowing. When we were young we played "name the song" and loved it. Now I do not listen to music as much as in the past. However certain songs mean the world to me. And of course my first crush (still have it) was a musician Steven Tyler of Aerosmith. Woops sorry didnt mean to ramble, but oh well. Thanks for the trip down memory lane!!

Loved taking the trip with you, Kay.

I listen to upbeat music when I walk, too, Elaine. It makes the walk so much more enjoyable.

I grew up around Black Sabbath but never listened to them! Thanks for sharing.

I always have a mix of music very softly on in the house, mainly lovesongs, easy listening, golden oldies, that kind of thing. To drown out the white noise my computer and the fridge and whatever makes. And sometimes when cleaning, it put the volume up high and put on something a bit more energetic. It sure does help!
To quote something that has been invented for me: "Whenever I feel like cleaning, I pick up a book and the feeling goes away."