Cheers from my pub!

When Mr. L and I moved into our house, he thought he might like to have a pub in the finished basement.  I was fine with that. Building the bar was a family affair.  Mr. L designed it, and my Dad and brother built it. Mr. L researched the brass rails (the most expensive part of the bar, which also sports a thick, solid oak top) to replicate something he'd seen on a trip we'd taken to Dublin.

On our travels, we've picked up stuff to decorate the bar, which is an eclectic mix of things from the Southwest, and a LOT of stuff from England.  (Yup, I found the cricket bat at a boot sale.)

We've got pictures of the Queen (including one Mr. L took of her in her limo many years ago in Toronto), horse brass, pictures of Scotland; pictures of England; a dart board, a whiskey poster from Dublin, stuff from Portsmouth Dockyard, a souvenir from our visit to the Queen's (former) royal yacht, the Britannia, and other cool stuff. 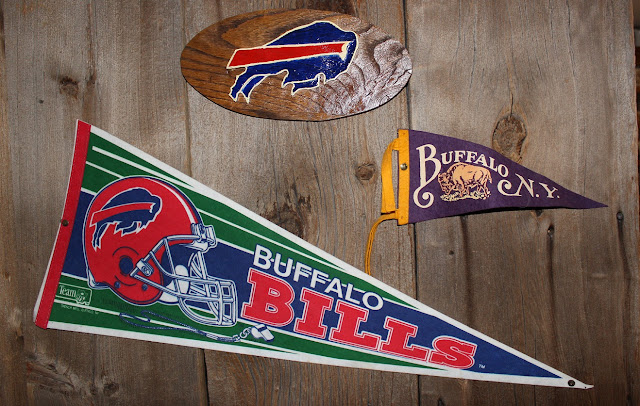 You can't live in Western New York without having some kind of shrine to the Buffalo Bills.  Not only does Mr. L hail from Buffalo, but so does my character, Jeff Resnick.

When the cold wind blows and the snow is drifting outside, we spend our winter/weekend evenings in our cozy pub.

This week, I did an update down there. While cleaning out my Mum's house, I found a lot of cool pictures and other stuff to add to our collection of things, including a picture of my Dad with the band he played in before he married my Mum. I thought these pictures (that I knew no one else would want) would look nice down there. (BTW, That's Mr. L with Michael Jordan at the 21 Club many years ago.)  I even hung my parents' wedding picture, which used to hang in their bedroom. On top of the china cabinet is a small selection of my collection of elephants. The china cabinet holds Mr. L's collection of cocktail shakers.  All in all, it looks pretty darn nice.  And, BTW, the barn wood walls were made from the previous owner's grandfather's actual barn, which had been dismantled from somewhere up near Malone, NY.  We opted not to change it. 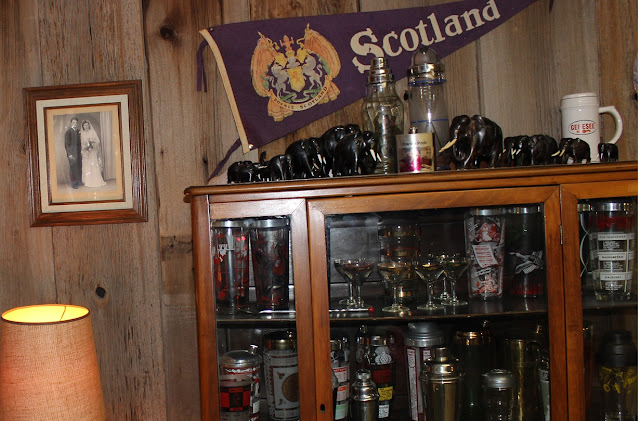