This coming Tuesday is not a release day for one of the Cozy Chicks, but rather for someone I love very much--my daughter's husband Jeffrey Cranor. He and Joseph Fink created a podcast called Welcome to Night Vale three years ago. (Podcasts are free, you know. You can subscribe through iTunes.) The planets aligned, the creative genius was there and the podcast went viral. There have been more than 100 million downloads of Welcome to Night Vale to date. Yes. All those zeroes. 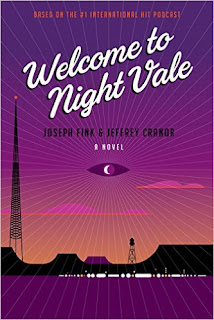 Night Vale is a fictional town set in the American Southwest and is presented to listeners as "community radio" and conspiracy theories abound. It's been called Garrison Keillor meets Stephen King, to give you sort of an idea of this special genre. Not really mystery but definitely mysterious. After writing two episodes a month, they decided to create a live show. They toured to wonderful crowds. They toured some more. They toured Europe. AND they wrote Welcome to Night Vale: A Novel. But the good news is not just wonderful early reviews but that Jeffrey and Joseph just appeared on national television--The Late Show with Stephen Colbert to be specific. You've seen the pictures on my facebook page, no doubt, but I am thrilled to bring them to you again.

I'm proud of these guys and they deserve all the good things that are sure to come their way. 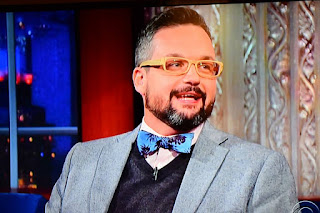 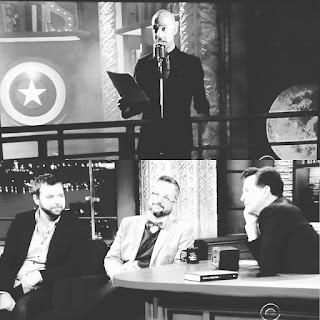 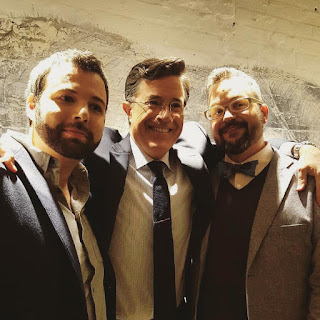 Congratulations to Jeffrey and Joseph!

Congrats to them both! I just read a great article in our Sunday paper about the book too!

So much fun, Leann! How lovely for them and for your family. XO

How great! Thanks so much!

Thanks MJ! It's been quite a ride!