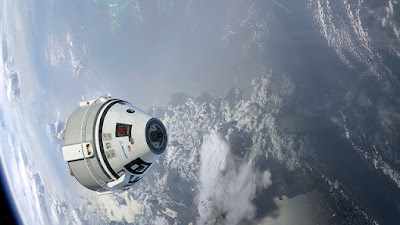 
I posted this last Tuesday right when the events were happening, but I completely forgot that  Dru's Book Reviews were scheduled for the 15th of each month.  So---you're reading the post a week after everything happened, but I hope you enjoy it anyway.  And NPR always offers it's broadcasts to be heard at a later date in case you're interested in the interview with the 3 women Astronauts.


On Sunday night I had an email from my daughter Serena.  As I've shared in previous posts, Serena is a Doctor of Internal Medicine as well as a NASA Astronaut and lives in Houston, Texas near the Johnson Space Center. 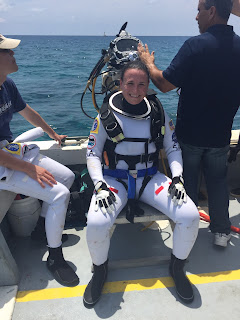 Serena told me that NASA just informed her that she and two other women Astronauts would be sent to Washington, DC for---in her words----a "fast and furious public appearance event and several meetings."

To the left, Serena back in July before she went into the  NASA Extreme Environment Mission Operations  (NEEMO)  for two weeks in the waters off the Florida Keys 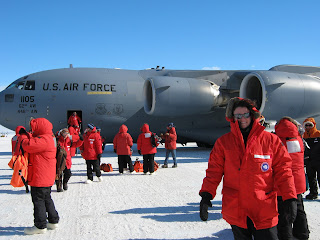 Yesterday, Monday, they flew into Washington, DC early and spent the whole day at the Naval Academy in Annapolis, Maryland.  Today, Tuesday September 15, all three women Astronauts---Serena Aunon,  Cady Coleman, Samantha Cristoforetti---along with Ellen Stofan, Chief Scientist at NASA, will go to the White House in the morning.

First on the right, Serena on a 6-week NASA-sponsored excursion in the South Pole with an international team of geologists and other scientists a few years ago

Today, Tuesday afternoon, they'll be at NASA Headquarters. then Tuesday evening they will travel to the NPR studio for a radio event at 5:00pm ET.  They will fly back to Houston on Wednesday morning.