Tomorrow a few new shows debut and slowly my life will get back to normal. I guess the new show I am most looking forward to is Blindspot. Perhaps the advertising worked, but as a storyteller, I always appreciate a great "What if ..." premise. What if a woman shows up folded into a suitcase
covered in tattoos with no memory of how or why any of this happened. Sorry, I simply cannot resist. 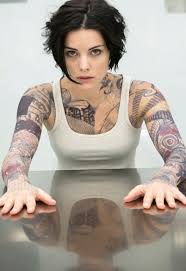 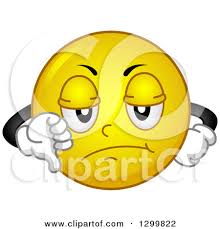 After the great disappointment of the summer--True Detective--I need a replacement. Really, it was just a terrible series after a great first season. I figured out after about two episodes that these characters were not talking to each other. The non sequiturs were so huge I could have driven my car through the gaps in what was being said between actors on the screen. Colin Farrell and Rachel Ward couldn't save this despite their decent acting. It reinforced what is most important to
me--the writing. It just wasn't there.

I lean toward crime shows but Life in Pieces, which is a comedy, has piqued my interest. I understand that the show is far from formulaic and heavily depends on expanding characterization. I like that. Think outside a comedy formula that has been around for decades. I took a graduate course for a sociology credit called "A Television Culture" and the professor really deconstructed sit coms. It was a great course but aside from Seinfeld, I haven't been able to enjoy a sit com since! 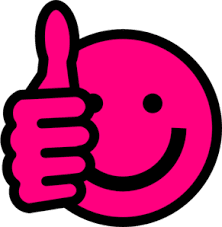 I am looking forward to returning favorites--which includes every crime show on CBS--as well as the Chicago Fire, Chicago PD and now Chicago Med shows. I'm not immune to looking at some good looking people doing heroic things! And bring me my James Spader on The Blacklist. He's so good!

What about you? What new show are you most looking forward to and what returning show has new episodes you simply cannot miss?
Posted by Leann Sweeney at 12:00 AM

Minority Report on Fox looks interesting. None of the new shows peaked my interest but I'll have to watch most of them to see if by seeing the first episode, I've found a new show to watch.

I have Minority Report set to record on my DVR and Limitless as well. Even a minute of Bradley Cooper is good for me! :-)

I'll echo your vote, Leann. The Blacklist is my hands-down favorite. Let's see----I also enjoy Elementary and the wonderful Sherlock with Benedict Cumberbatch. Also, Reign on the CW network. It's an excellent historical series with the young Mary, Queen of Scots while she lived in France and married the French crown prince. France was the only place to keep her safe from Elizabeth I of England. Ooooops. Historical writer self took over. :) And like you, most sitcoms now wind up boring me. Big Bang can be funny. But I'll give the new stuff a try.

Absolutely The Blacklist. An original thought of a show and oh how I love James Spader's voice. Lol. I am also looking forward to The Blindspot. Looks like nothing that is now on tv. I like that. So many programs are just clones of one another.

I love Chicago PD and Fire. I'm looking forward to Chicago Med. The Blacklist is another favorite of mine. Also, Scandal and How to Get Away With Murder.

There are so many shows out there, but I somehow need to make time to read too :)

I do love MODERN FAMILY and THE MIDDLE, I like a good comedy and there have not been to many to choose from lately. I am going to give LIFE IN PIECES a try. I am really looking forward to HOW TO GET AWAY WITH MURDER. I never expected to like this show that much, but boy did I get hooked.

My husband and daughter love their Gotham and that starts back up tomorrow night. I am also interested in Blindspot, and the Black List. I also like my Chicago Fire and interested in seeing Chicago Med. We also are excited for Code Black on CBS.

Since my grandmother's maiden name was Stewart and we have that Scots-Irish-English heritage, I believe Mary Queen of Scots and I are related! Yes, I am royalty! (HA!) I like your choices.

I agree, Patsy. I loved Prison Break on Fox--where the brother had all the info he needed tattooed on his body to break his brother out of prison. He had to commit a crime to get into the prison. And now, they are bringing it back!

I agree, Yvonne. Will try Quantico and Code Black, but medical shows are tough on an old nurse like me. I'm always yelling "you can't do that" or "what the heck are you doing?" at the TV. It annoys my husband. :-)

I enjoyed How to Get Away ... but they always ended the show with her sobbing. I wish they'd STOP THAT. :-)

Oh, I love Gotham! And the villains are big this season! YAY! (The cinematography is so wonderful on that show!)

Have to admit I'm intrigued by the commercials for Blindspot so may catch it On Demand since I already watch Castle and NCIS-LA in that time slot. I'm sorry as I am definitely in the minority here---I don't watch Black List because I have never liked James Spader. I watch most of the CBS dramas. For some reason I burned out on The Good Wife last year but really like Madam Secretary. I do watch sitcoms: Big Bang, Mom, Modern Family. Person of Interest isn't coming back this fall but probably only has 13 more episodes---Jim Caveziel is so gorgeous and kickass. Cordella

Odd that you mentioned Prison Break. It was filmed at the Old Prison in Joliet, Illinois and my dad was the warden there in the 1950's and I lived inside the prison walls until I was 10 and we moved to another prison. At that time, warden's families lived in apartments in the prisons. I don't think they do that anymore..