IS MOTHER EARTH MAD AT US?

I’ve been wondering this for quite a while, because it seems every day there is a new weather disaster. Massive rainfalls, even in areas that don’t normally get much rain, more numerous and more powerful than usual lightning storms, cooler summer temperatures in some areas, hotter than normal in others, rising sea levels, rivers in Europe so low, riverboats are unable to sail, unheard of high temperatures in moderate climates, earthquakes, droughts so severe ginormous wildfires burn for weeks – and on and on. 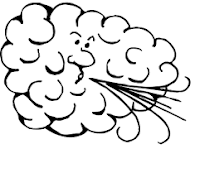 In the Midwest, we’ve had such copious amounts of rain that crops have been damaged, fields flooded, farmers unable to even plant. June’s weather was more like April’s, and then we were launched suddenly into high temperatures and humidity. Last year we had one month of summer – in July. That was it.

Polar freezes in the winter, unusual conditions in the summer, violent storms – doesn’t it seem like Mother Earth is angry?

Perhaps the planet is trying to shake off all the toxins, wash off all the dangerous chemicals in the soil, blow away all the air pollutants, and fry all those genetically modified crops.

Whatever the reason, let’s hope our dear Mother gets it out of her system soon. I want my four months of summer back!

How’s the weather in your hometown?

I do think Mother Earth is mad at us. I live in the Portland, OR metro area, and we had about .35 inches of rain this weekend and it was cooler than average. However, the rain was only the third time in June (trace) and July 6 or 13 (slightly more than a trace). We have already had 19 or 20 days in the 90s, and will have at least 3 more later this week. Our hottest months are usually August and September so who knows what they will be like. Everything is so dry and ready to go up in smoke, even in the Willamette Valley. The last time I heard, 25 out of the 36 counties in Oregon have been declared drought emergency areas. And yet some people still contend that global warming isn't real! Cordella

Right now it's nice but it is supposed to get worse by Wednesday.

That's exactly what I'm talking about. Weird weather. It really feels angry out there.

In Ct right now the sun is starting to shine at 9:30 and we are to have hot and humid weather this week with our first heat wave. They say last week wasn't a heatwave because it was not 90,or over in the one spot at the airport. Well, it was over 90 for 3 days at my house so I guess I had my own heatwave. Last Summer it was not very hot or nice, if I remember right. The Winter was snow almost every day. Some blame it on Climate change and we are doing it. I'm not so sure because they had climate change when there were no people to pollute.Didn't the dinosaurs disappear then and what about the Ice Age? We sure have a lot of rocks and stones in New England that came down when all that ice melted. No people then. I think things go in cycles and we are in a strange one for now.. But like Mark Twain said, "If you don't like the weather, wait a minute and it will change". BTW, the Mark Twain house in Hartford is beautiful and very interesting. Come to see it if you are ever in Ct.

The weather and seasons have changed here in Vermont and appear to be forming a new pattern over the last three or four years. I've read about the eons long cycle changes of weather and seasons, and I think that is a minor part of the changes we're experiencing. I believe the scientists who have studied these changes and attribute the major portion to the toxins we humans have put (or allowed to be put) into the earth and the sky without considering the long term consequences. I believe we are seeing some of the consequences in the form of weather and season changes. The seasons seem to need redefinition even as we are reluctant to accept the changes and long for the "old" patterns.
Zena Weldon

Thought provoking post, Kate! We all need to be thinking about this issue. Thanks.

In the Midwest, I can't go outside in full daylight without being bitten by the hosts of mosquitoes that have bred in the rain.

Thanks, Diane. I would love to add Mark Twain's house to my list. I've seen Hemmingway's home in both Key West and Cuba, and that was fascinating. But your comment is valid. There has been and will be a changing climate because the earth is ever changing. But I swear with all that's going on, it's just plain angry right now.

I agree that we seem to be speeding things up. I think it is Native Americans who believe that tornados and earthquakes and the like are the earth shaking off bad things. I think they may be on to something!

After a miserably cold winter, we're in the midst of a miserably hot and humid summer here… I do believe she is mad at us, too! I'm actually looking forward to the cool crisp days of autumn already! :-)

We do, MJ. Lots of good comments above that show people are thinking.

I know! I'm in the Midwest, too. Rain, rain and more rain, and now heat. My plants are getting diseases they've never had in years past.

We've only just begun summer here in Indiana a couple of weeks ago because of the cold, rainy, never-ending spring. I'm afraid our summer will end abruptly, too, like it did last year. We had one good month then, too. I'm a summer person and that makes me sad. I thinkI'd like autumn better if it didn't mean winter was just around the corner.

The local art museum, The Hockaday Museum of Art, is opening a traveling exhibit of art quilts exploring the topic of climate change in the national parks. (We are an icicle's throw from Glacier.) Check out the pictures -- and see if its coming to a museum near you. http://www.hockadaymuseum.org/index.cfm?inc=page&page=543&page_content=Piecing-Together-a-Changing-Planet%3A-Climate-Change-in-America%E2%80%99s-National-Parks-at-the-Hockaday-Museum-of-Art

Although it seems are weather has been extreme, we are told by our local weather guys that it isn't so unusual. But, I can never tell if it is the weather or I am just getting older, and the weather is just harder to handle. BUT...

I can not imagine why she would not be mad at us. People abuse her so badly. It is so easy for each of us to do one simple thing. I live in a community with an exceptional recycling program, yet I am only one of 4 homes (on a block of 18 homes) that recycle. I use "reusabale bags" at the grocery store (and it makes bagging so much easier and neater.) Our stores have to offer plastic bag recycling. All my blubs have been converted years ago. I am the only home on the street that picks up liter when it shows up on our street. And I only use kitchen and bathroom paper made from recycled paper.

I am not trying to "toot" my own horn, please believe me. It just frustrates me, it is so easy to do simple things to help. It may not solve the problem, but it is better than doing nothing.

Margaret, I do exactly what you do but fortunately in my college town, lots of people are into recycling so I'm not the exception to the rule. But I see so much waste -- and why they still use plastic bags in grocery stores -- argh! At least you can be proud you're doing your part. Hopefully Mother Earth is smiling down on you.

I agree and have thought it for a while now. Funny thing is when I was in grade school we were asked to write a news item. Well running late I asked my older brother to help me write it. You would not believe how this report sounded so much like the weather we have now. Maybe he is physic, lol