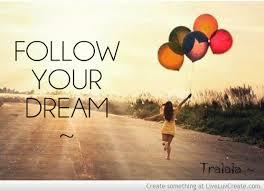 Follow your dream!! Reach for the stars! Only you can make it happen! If you can imagine it, you can achieve it!  Sound familiar? This is the kind of thing you see all the time in "feel-good" advice columns; advice that sadly is not based in reality. 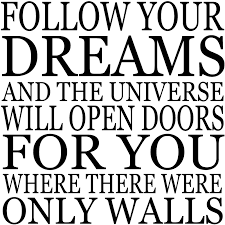 When I won an award and $6,000 grant from the National Endowment for the Arts for one of my teen novels, I had the opportunity to speak to middle schools and high schools in the northeast.  Many were inner-city schools and the students faced numerous challenges, both at home and in the classroom.

As a psychologist and former college professor, I was looking forward to hearing about the students' career plans, their hopes and aspirations. Their teachers had told me privately that they hoped I would stress the importance of a good education, diligence, hard work and setting realistic goals. I promised that I would. After all, those were the same values that I wanted to emphasize! The teachers and I were on the same page. 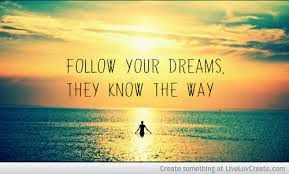 Sadly, the students and I were not.  At the risk of sounding like "The Grinch-Who-Stole-Little Kids'-Dreams," I found a disturbing trend.
At one school, the girls (80%) wanted to be models. And not only models, but "Super-Models." Another 8% wanted to be actresses.  It made me think of that Hollywood expression, "She's an MAW." (Which means, model, actress, whatever.). Sad! One girl told me she "wished she could be a Kardashian." (an odd career choice, if ever there was one!) 12% wanted to be "on television," but couldn't identify a specific job.

When I told them I used to be a television news writer for a CBS affiliate, they groaned and said it sounded "boring." When I told them I was a copywriter for a rock radio station, right out of college, they admitted that sounded "sort of cool," but I don't think they really understood what the job entailed.
Over 60% of the boys wanted to be rap artists and roughly 30% planned on being professional athletes. The other 10% wanted to have a "cool career," but couldn't identify what it would be. 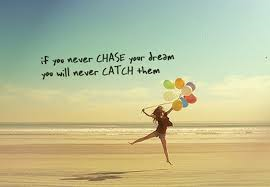 We talked about the importance of making good choices and I ran down a list of careers. No one wanted to be a doctor or lawyer, a veterinarian, a police officer, a teacher, a computer specialist. Not one! The teacher admitted that on "Career Day," these careers were seen as "too boring," or "too hard." I can see why the teachers wanted me to give these young people a pep talk!

I'd like to think I injected a note of realism into the hour I spent with them. The fact is, only a tiny fraction of people will make a living as a professional athlete, a model, a musician, or a rap artist. Most people will work 9-5 jobs, jobs that they may not "love," but jobs that will pay the mortgage, pay off their student loans and support themselves and their families. This wasn't what they wanted to hear but it was worth saying. On a more positive note, I was invited to come back and speak at Career Day. And this time my message will be the same. Work hard, choose wisely and make sure you can support yourself. You have a long life ahead of you and some day you may have other people depending on you. And please, whatever you do, don't wish you were a Kardashian!

This is depressing - not your gentle disillusioning, but the fact that they have such illusions in the first place. My question is: are there no subjects that they enjoy at school, that they could see themselves taking further and working in?

Hi Marina, it was horrible depressing. It's like they used Access Hollywood as their reference guide to careers. Everyone wanted to be a celebrity. Thanks for stopping by.

Yes, it would have been nice if at least one of the boys had said, " I want to be a plumber, like my Dad," or the girls had said, " I want to be a Nurse or a Teacher". Everybody probably would like to be a celebrity for a day or so, but maybe on your next talk on Career Day, you could talk to them about the price that is paid by celebrities--that they lose all their privacy, and have people judging them who aren't even related to them! Maybe even give them that comment JFK made at his inauguration, "Ask not what your country can do for you, Ask what you can do for your country". And let them know that a whole generation of Supermodels and Rap Stars is NOT going to help the country!

I will, Jane, I will!! I wish I could bring you with me! Thanks so much for stopping by,

Sobering, Mary. An excellent post for the rest of us though. Good to remember diligence and setting realistic goals too.

I hope these kids don't represent an entire generation.

I do, too, MJ!! It was pretty shocking--the teachers were doing their best to give the kids a "reality check" but it was all uphill.

Not so long ago I was having a conversation with my hair stylist (she is 48) and she said she told her daughter, who is named Sophia, she was in good company because many "beautiful women" were named Sophia. My response was, but isn't it more important she be smart, creative, talented, honest and just a good person. Not to say the "beautiful Sophias" were not these things; just tht all this mother felt was important, was her daughter was going to be beautiful. I then remarked beauty is fleeting but those other characteristics could be life long. She is always talking about celebrities and their physical attributes. And I try to discuss woman like Michelle Howard the Navy's first female 4 Star Admiral; Mary Bara the CEO of GM, Drew Faust the President of Harvard, Ertharin Cousin the Executive Director of the World Food Program; and the list could go on and on. She said to me "oh who knows those women, everyone knows Beyounce." Well my last response was maybe a fun activity for you and your daughter would be to once a week look up a "non-celebrity" woman and find out as much as you can about her and discuss her. Needles to say we don't speak much at my appointments any more.

That is so discouraging to hear, Margaret. Exactly like the students I talked to. I don't know if anyone noticed but Kim Kardashian was listed as Time Magazine's "100 most influential people in the world." She was right up there with the Pope. Hard to believe.

That is extremely discouraging. Especially when you are talking about middle and high school student. It's one thing for grade school kids to dream of being a celebrity (or a prince or princess), but for high school students, theor career choices are just around the corner. I do know that there are students at some schools who have more realistic goals for their lives, but it's sad that so many think that the celebrity world is "real" and that they really have a shot at being a part of it. It especially saddens me that young women would even considering wanting to be like a Kardashian.. In my opinion, they represent the lowest form of human being - concerned only with money, fame, appearances, and self-pleasure. It think it probably helps kids if they have role models at home, or parents who believe that they can be more and encourage them. I imagine a lot of the inner-city kids don't have that support system at home. I feel for the teachers at those schools - it must be disheartening.

Wow! This is so scary! Of course I'm old enough to know who Robert Kardashian was but I wasn't sure of his back story so I looked it up. Even though you want to tell the kids not to aspire to be a Kardashian, maybe you could also explain how the Ks ended up rich and ask if they (the kids) think it is realistic for them to get there without hard work. If they want to be a singer, rapper, pro athlete, etc, do they have the talent? Do they know how to handle the money if they do make it or will they get ripped off by everyone around them? How hard are they willing to work? Not sure they'll all get it, but even if it's only one, that will be an accomplishment. Cordella

The teachers are really at their wit's end. They've tried to encourage the kids to think realistically, but I guess the media is too powerful. All those glam images have dazzled them.

Hi Cordella, those are really good points, thanks for stopping by! I'm afraid they all thought they had the talent and it was a just a matter of "luck." Being in the right place at the right time, etc. No one at home seemed to be dissuading them.

Good article and fantastic comments, all right on point. If only each of the students had at least one person in their life to expose them to broader visions and to encourage them to find and develop their own interests and talents, then the feel-good advice might be successful. That is, providing they understand the relationship to dreams and hard work.

O.K, now this just got even scarier and more worrisome! Cordella

I feel so blessed that my daughter who is now a mother of two and has a wonderful career as a Chemical Engineer knew from the time she was ten or younger, that she loved math and wanted to be in that field. She had her five year plans since she was ten and she has fulfilled each five year plan and is still doing that to this day as a 42 year old woman. Her daughter, our now 11 year old granddaughter, has wanted to a pediatrician and to work at St. Jude's since she was 5. She still is working to those goals just as her Mom did for her job as an Engineer. Our granddaughter wants to help others and says that by being a doctor at St. Jude's would be the best thing she could ever do in this world (to her). Isn't it wonderful that your children and grandchildren have some worth while goals and you don't have to think of them wanting to be some supermodel or star on t.v. who can have a job one day and not the next? I am so blessed. Our 7 year old grandson is already talking about his career choices and it surely isn't any of the ones that you mentioned, although he does love baseball. :)

Thank you for the very informative information.
Cynthia

Hi Suz, that is a great point. It is sad that these students have no one at home to guide them. Thanks for stopping by.

That is fantastic, Cynthia, I know you are very proud of them. It is wonderful tribute to your parenting. Thanks for stopping by.

Wow, that is so not good! But I am now very very curious: were all those girls pretty enough to be potential models at all? And did the boys have the talent to become rap artists? They should learn English first perhaps before writing music.