Our new (and last) house is the fourth one we've owned. We did rent a couple or four, but in the ones we have owned, one of my least favorite things to do is window treatments. First of all, they are expensive. I can't remember a time when I didn't think, "Why does this cost so much?" as I hunted for the right covering for a particular window.

House number one was when we first moved to Texas. It was the first time I made drapes because we were relatively poor. Or maybe I didn't sew them. I remember what they looked like--very orange--but maybe I had someone make them. My sister, perhaps? Because sewing machines and I were mortal enemies at that point in my life. Yes, I was a home economics C student. I hated that class. We made aprons as our project and I did a horrible job.

Then came the second house. We moved to this one when our kids first started school. I did the least amount of work in that house--just accepted what the previous owners had done. I was into painting rooms back then. I did a lot of painting and wallpapering in those days. It was also my "country phase" with lots of blue everything. Why? I don't know.  I'm not really a fan of blue.

When we moved into a different and brand new house in Texas, all the windows had to be covered--and I did it all. I made drapes--the sewing machine and I resolved our differences--and I hung blinds, too. I was Wonder Woman. My husband and I even joined forces to make a fancy valance out of 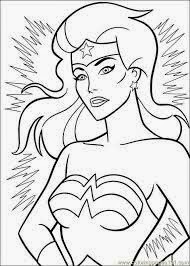 fabric I bought. It really was pretty nice but the
arguments? Oh, like every project we do together, there is the butting of the heads. But it turned out well.

Now I am in a new home again and this time, I decided I was done with the do-it-yourself business. And I was done with CORDS. There is no window treatment I have ever had that did not end up with failed cords. Be it a cat attack or a Leann attack, they all get tangled or frayed or eaten or knotted. So, this week I had old-fashioned roller shades installed. I didn't measure, I didn't install, I left it all to the professionals. It was so nice to "let it go." They are very simple and I can get small valances installed later if I want, but here's the finished product. 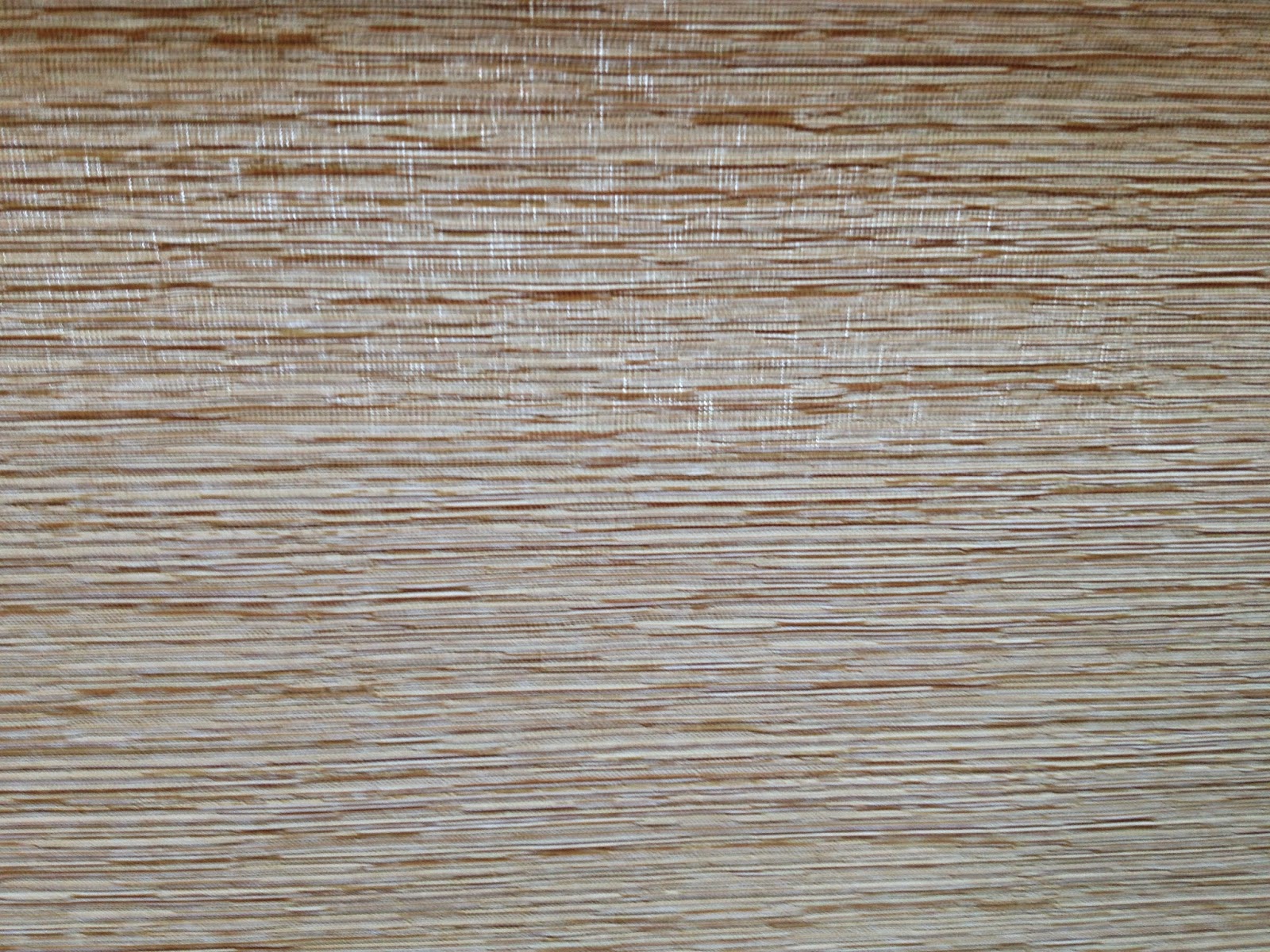 The windows from inside: 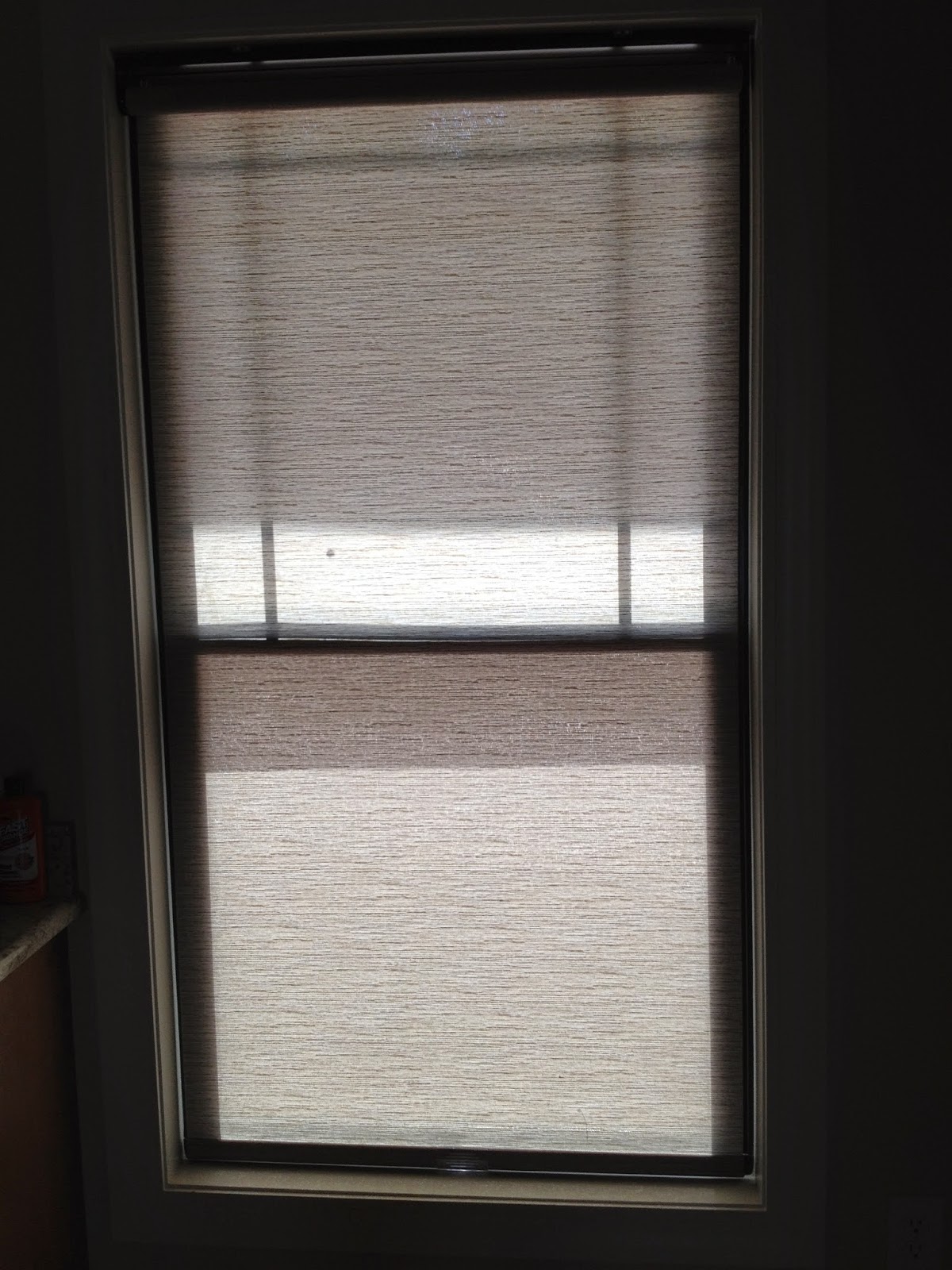 The windows from outside. 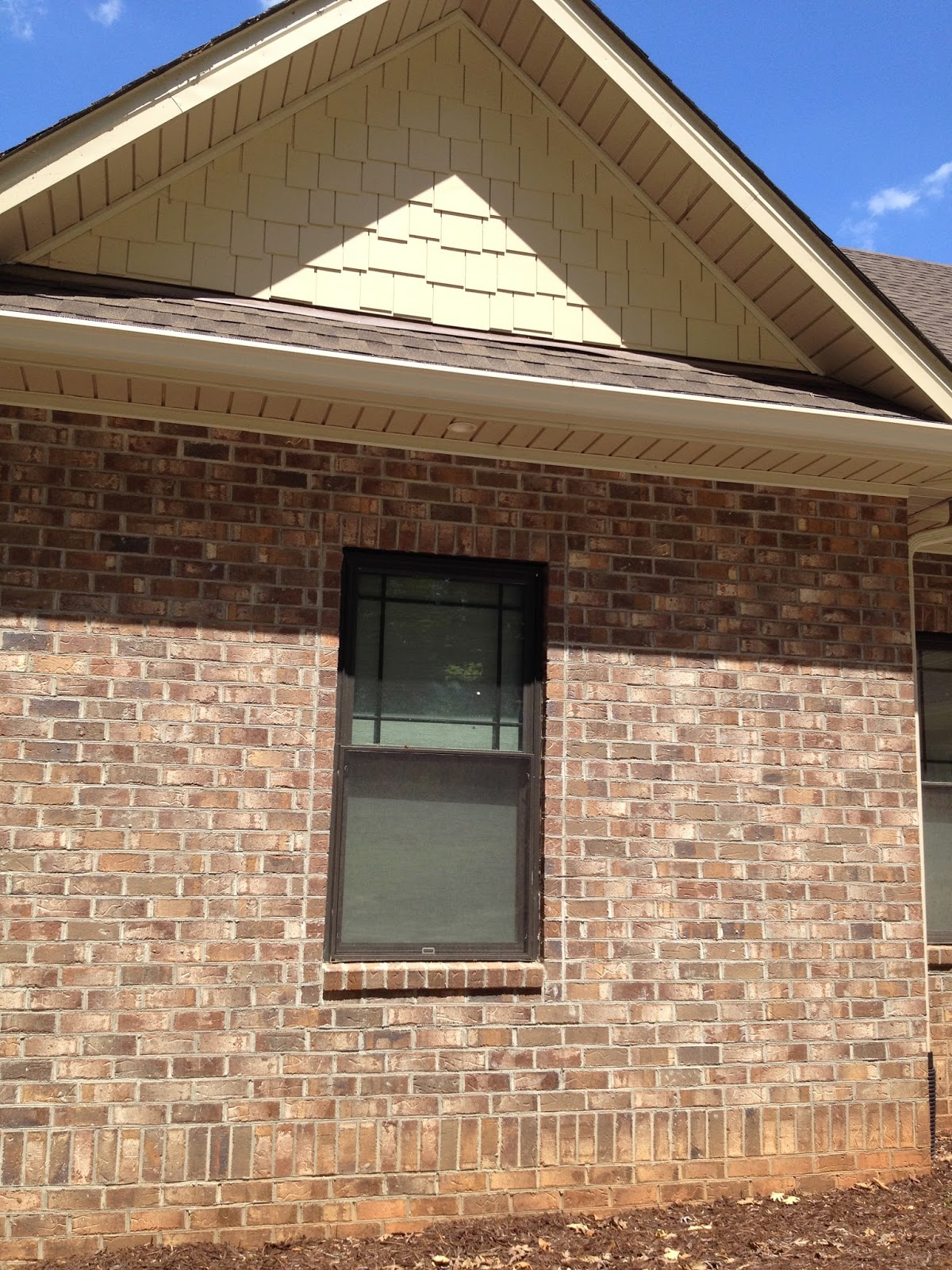 I am quite satisfied and it was so painless and quick! As for the landscaping? Don't even ask. (You can see it is NOT DONE.)
Posted by Leann Sweeney at 12:00 AM

Email ThisBlogThis!Share to TwitterShare to FacebookShare to Pinterest
Labels: decorating, DIY, do it yourself, Leann Sweeney, projects, sewing, window treatments

Oh, I'm so ashamed. I have finally purchased living room curtains. I've only had, ugly blinds. I've only lived here....um...6 years. I know! Who does that? Apparently, me.....lol

We replaced all our windows about a year ago and are just starting an interior facelift. I dread dressing the windows. As a young bride I couldn't figure out how to measure correctly so curtains were usually half the required size. When my kids were little I sewed Sesame Street curtains for their rooms - and they looked like the kids did them! Then my husband talked me into some very ornate (read ugly) drapes in several rooms. Not sure yet what I will be doing with these windows, except that it will be simple, and yep, no cords to tangle.

Thanks Joan. I am very happy with how easy it was and how nice they look.

Why be ashamed? We can only do what's best at the time! I'll bet they look great, Sherry!

I'm with you! I like doing other parts of decorating but windows are not my thing! These shades look so good. I am quite happy. The other side of the house facing the lake will be a different story. Need time to wrap my head around what to do!

I like natural light, so no blinds in the living room, dining room or kitchen (just sheer curtains). I love your idea for roller shades, though.

Thanks Pat! So far, no coverings at all on the lake windows. Like, you, I love all the light and I am in no rush to cover those windows,

I so agree! I bought some curtains last year when I had new windows installed (finally, triple glass instead of single). And it is all so expensive. But I fell in love with my downstairs curtains (cream with flowers, very oldfashioned but I love it), and upstairs I went for blue/gray squares in dfiferent sizes, something "manly" for my boyfriend to enjoy. As he sleeps more during the day.