Mother Nature Can Be Cruel!


The joys of nature on the lake are certainly appreciated by an animal lover like me. We see all sorts of wildlife--owls, foxes, turkeys, deer, beavers, turtles, fish, osprey, eagles, hawks,, vultures, bobcats. I could go on and on. Of course the birds are very different in South Carolina than the ones we saw in Texas.

There are so many darling bluebirds. We NEVER saw bluebirds in south Texas. Our neighbor gave 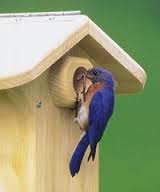 us a bluebird house and sure enough this spring they claimed it as their own. The nesting took at least a month and kept them very busy. When the geese and ducks began swimming by with their recently hatched babies, we could tell the bluebirds had children in that little house, too.

I believe that when we started to see the number of goslings and ducklings decrease each day it was a foreshadowing. First a pair of geese had six babies, then four. It made me sad. But when I received a call from our 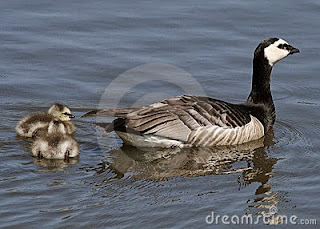 next door neighbor to look out the window at our bluebird house, it was tough. A big black snake had managed to slither up the metal pole and before we could react, it was inside that bluebird house and the little bluebirds were gone.

I understand this is how nature works, that every year there is this fight to survive--even that snake has to survive--but it wasn't fun to watch. Of the 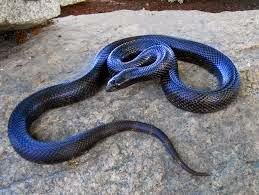 three sets of geese who had babies only have two babies left. But they go on with their daily routine. The bluebirds, however, disappeared. Next year, my engineer husband will think of a way to keep the snakes out. It's as much of a challenge for him as it is for those snakes! I think the human will win next time!

I know this story isn't a happy ending, but we will prevail and make our yard a safe haven. Any similar stories? Did you cry like I did?

We also enjoy the birds and other critters in our area, but part of that is watching nature in action. A few years ago, we watched a blue jay family in a nest in a tree. We saw the eggs, then the babies that hatched. I remember one day I was watching the nest when a crow swooped in, took the babies in its beak, and flew off with them. I was in a state of shock.
We also have a neighbor who does not share my love of birds. She had a small hole in the under-part of her roof overhang (hope that makes sense) and two birds had babies in there. (No rain could get in because it was on the under-side.) I watched as the parents would go in there to feed the babies. The neighbor realized there was a hole and sealed it shut, parents outside, babies inside. I begged her to open it and let the parents raise them, or move the babies, or something. A rescue group offered to open the hole, remove them all safely, and seal it back up nicely. She refused. The two parent birds had worms in their beaks, swooping around the sealed up hole, trying to peck, trying to find a new way into the roof. The parents kept trying and we could hear the babies peeping and peeping, probably very hungry. Eventually the peeping stopped and the parents stopped coming. Made me very sad and angry at her.

*sniffle*
cone of shame? Can the snakes climb down, over and up? Barbed wire?

I once had a cat that was a very good hunter. I was quietly reading but kept hearing a squeak noise. I finally looked around for it. My cat had a mouse, still uninjured, under the table. I grabbed a baggie to cover my hand, snatched the mouse away from the cat and threw it out the window (low to the ground) so it could run back to the ivy where I'm sure it had family.

Did I tell you about the dog?

The dog ran over to see what I was doing under the table and killed the mouse when he caught my throw. The mouse didn't stand a chance but I tried.

Alison? That was horrible! Please tell me she doesn't have pets! Or children.

that made me sad.

Oh, that is SO SAD!!! People can be as cruel as Mother Nature. I don't think I'd be talking to that neighbor!! Wow.

Oh dear. Yes, they are doing what comes naturally but it so difficult to watch! :-(

This happened three weeks ago and I couldn't write about it until now, but it does help to get out the feelings. Sorry, Dru Ann!

Last week one morning I happened to have the front window open and could hear some chirping. Then, I saw M/M Cardinal arriving with little morsels in their beak's and flying into a large yew. Late that evening I heard some rustling outside, but couldn't see what it was. The next morning I noticed that there wasn't as much chirping. That evening about 10, I had Duncan out for his perimeter check and a cat comes running from under the yew. Haven't heard anymore chirping and M/M Cardinal aren't coming around anymore.

PS. But on a positive note the city's resident Peregrine Falcons have four babies in their nest atop the City/County building. They have hatched and doing fine. Here's a link to the Falcon Cam. http://www.ci.south-bend.in.us/residents/content/peregrine-falcons

Hi Leann, you're right, nature can be very cruel. I can't stand to watch those Discovery shows that feature a pack of lions taking down a gazelle or a wildebeest. I know lions have to eat, but it is awful to see. We had a family of robins nesting in a tree right outside our kitchen window and struggled to keep a couple of neighborhood cats from eating them. We tried "squirrel baffles," everything! The birds did survive and I ended up adopting the cats--who turned out to be starving strays. So it was a win-win situation but this was just a fortunate situation.

So sorry, Fred. Yup. Same thing that happened to us. Mother Nature is hard to deal with at times.

Now THAT is so cool. I LOVE falcons. So smart!

Glad your birds survived! And you got bonus cats!!

I live in a 55 and over complex. I used to have a lot of bird houses when I owned my house. Can't have them here because of the stray cats that seem to be around all the time. However that has not stopped some house sparrows from building 2 nests over my small patio. They are building under the porch over my patio. I have had the nest taken down but they keep coming back and building again. I have put a fake owl out there but they don't mind. I play a radio out there with talk radio on it.. They seem to love Politics. Now I have given up. We will have to co-exist this Summer. I'm cooking out this weekend no matter how they will yell at me. Even my cat looking at them from inside, doesn't bother them. They know he can't fly up to the nest. sigh!!!

That was just plain mean of your neighbor.. Shame on her!

Oh, that makes me want to cry. What a horrible thing to do - letting those babies slowly die with the parents helpless to save them. And when there were others prepared to help, it is inexcusable.

I know that nature has it's process, but I really don't like SEEING it. Unfortunately, because I have a colony of feral cats in my back yard, I see the results more often than I would like. Before the ferals moved in, I had a lot of bird feeders. Now I have only one feeder. It's on a pole that is over 6' high, but one of the cats was able to leap high enough to snag doves out of the feeder. I then put a little fence around the pole (to slow down his running jumps) and attached a large seed guard near the top, which helped. I also put sunflower seeds on the fence for the birds and squirrels. If they would just stay on those two places, they would be fine, but some of them (mainly the doves who are not the sharpest of birds) will sometimes go to the ground, where they become fair game for the cats. I once looked out and saw a dove on the ground, with a cat stalking toward it. I went outside and yelled at the dove (I think I called him an idiot - LOL). You can only do so much to help them, and then nature (and sometimes stupidity) takes over.

Unfortunately, when the cats manage to catch a bird, they insist on putting it (whole or in pieces) on my back step. Just this morning I was looking out the screen door and saw of the cats playing with something - throwing it in the air and rolling around. They do have some toys, but this time it was a little house finch. When the cat saw me walk toward the door, he ran off with his "toy". They don't often catch the little birds - it's usually the doves. And doves typically mate for life, so when one of them is killed, I hear the mate's sad cries for a long time. They are aptly named Mourning Doves - it is the saddest sound.

One of the worst "treasures" they brought me was the tail and leg of a squirrel. Like I said - I know these things happen, but I really don't want to see it.

I hope your blue birds come back next year.

Sparrows are some of the most persistent birds ever. That's why there are so many of them!! Good luck co-existing Diane!

Thanks Leann. I was just sitting out there and the two of them had things in their beaks. They took off to the trees when they saw me and just sat for 10 minutes, still with the stuff watching me. I got up and came in the house and they went up to the nest right away. I hope they only have one brood or this could go on all Summer..Perhaps I'll give them names now. How about Tweedle Dum and Tweedle Dee?

So sad! While we don't have a problem with snakes in our area, we do have raccoons who like to make off with eggs and baby birds alike.

As I've explained before, I am afraid of birds because of Mr. Hitchcock but I can't even imagine doing what that woman did, especially when there were people willing to save them. What the snakes, cats, dogs, and other critters do to each other is part of nature no matter how sad it makes us, but her actions were inexcusable. Cordella

As far as your bluebirds, they do raise several broods a year. Be sure and take the old nest out and see if they come back. I usually get three nests out of one bluebird box if I remember to keep taking the old nest out after each batch of babies is gone.

That works even when a nesting attempt has failed for some reason or the other.