Do we have the right robot for that?

Two things came together for me this weekend.  First I found the perfect toy robot for seven-year-old Connor to assemble. That will be hours of fun for him and his dad. 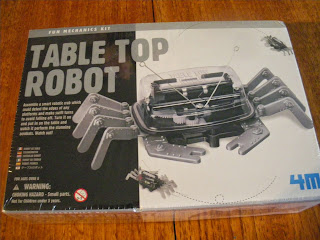 And then, while checking out robots on line (How do you spell procrastination?) I kept stumbling across news items with the exciting news that inventors are busily working to perfect a robot chef, a gadget that can be programmed to prepare gourmet meals.

Apparently, one model will be available within a few years at a proposed price of $15,000.
Robots will come with recipes, but apparently will need someone to do the prep work.  That means assembling ingredients (after shopping for them), chopping veggies and on-going clean-up, not to mention hunting in the back of the cupboard for the wayward wooden spoons. 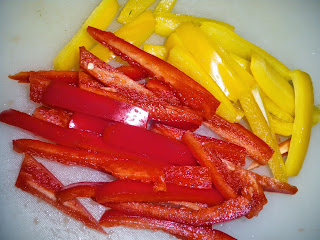 Is it just me or is this all kind of backwards? Is the robot getting all the fun parts and the people getting to chop onions for eternity?  I’ll do a lot of cooking for fifteen thousand dollars, especially if someone else has done the prep.  I’ll even do it for free.

Apparently (and unconfirmed) the robots do not care to do (I mean are not programed for) doing dishes. That’s a different story.

I would happily never do another dish again as long as I live. Face it, even with a dishwasher, there's still plenty to do, such as clearing tables, wiping counters to say nothing of the sink.  I think that would be a good use of those uppity robots.

But will there be a robot that I’ll trust with my favorite wine glasses? 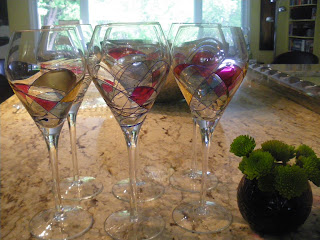 They've managed to survive ten years even with those dyslexic, left-footed, ham-handed Maffinis lurching around.

What about this antique platter from my mother?  Of course, she got it at a garage sale and decades later we still cherish it. Would a robot 'get' that?  I think not. 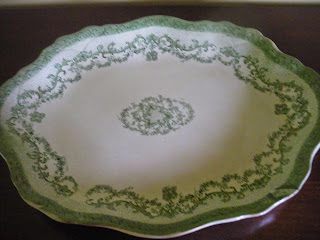 On the other hand, I might want a robot to clear out my email INBOX or do my income tax and fold laundry..  Then there are all those deep-rooted dandelions on the lawns. They’re screaming for a robot. 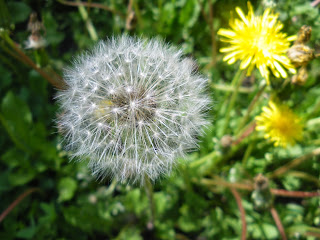 So thanks.  I’ll keep the kitchen, cooking and dishes, as long as I can.  But I’m open to other robot ideas, including kitchen chopping and prep.

It’s your turn my friends. If you could have your choice of robot, what would it be?  Would you say yes to any?

Several comment: 1. I love your wine glasses. Can see why you are protective of them. 2. I want a robot which can dust including ceilings and walls, vacuum rugs, and sweep the other floors. The robot would need also to be able to pick up and put back in place the stuff it would encounter such as pictures, clocks, etc. 3. Last week you had a picture of one of your pots with small red begonias. What kind of begonia is that and does it need to be in shade as the big ones do? Thanks. Cordella

Your wine glasses are gorgeous! I would want a robot to do the house work (cleaning), maintenance/repairs on the house, and maintenance/repair on the vehicles. Maybe even be a sort of bodyguard... (never know what will happen anymore).

Very interesting post, MJ! I would like a robot (maybe 2) to clean cat boxes. I bet that invention if very far off in the future.

I want that robot too, Cordella! Glad you like the wine glasses.

Those begonias are 'sun begonias' - I got them from a vendor at the outdoor market in Ottawa, where they also sell 'shade begonias' i.e. the traditional ones. I have both and last year they both did well. I didn't get the name of the 'sun ones' though. I'll ask the next tine I'm at the market.

I'll let you know. You can email me at detect at rogrers dot com and I'll send you the answer if and when I get it!

Thanks, Jen! I'm glad you like them. I confess to having broken two without a robot's influence.

I want a robot for all that stuff too and I love the bodyguard idea. One can never be too prepared.

Mary, I understand these robots are VERY fussy, but I am sure a cat box version must be in development. Now that you mention it, I would like a poop n scoop robot.

Love your wine glasses and your mother's platter. I think a robot of the cat litter would be wonderful. Poop n scoop is a great idea.. I would really like a robot to empty the dishwasher. I hate doing that and my friends hate it too. Seems silly as it only takes about 5 minutes, if that, but we still hate doing it. Speaking of which, I have to empty the dishwasher now.

I would like to have a garden weeding robot. Those flower beds seemed to get farther and farther down as time passed and now I can't reach them. Funny how that works. Also, the laundry! I can get down the basement stairs just fine, but climbing back up is a chore. The robot could do that for me. Thinking more on the subject I realize I could use a dozen robots. Where would they all stay? I don't have enough spare rooms.

I hear you, Diane! I am thinking of lots more uses. And you have given me an idea.

Glad you like the dishes and the platter. I am so sentimental about glass and china.

LOL, Nancy! I can see your fleet of robots demanding breakfast in bed. A downward spiral begins.

I do like the stair climbing robot idea. Worth the extra guest room, I think.

Sous chef to a robot - what is this world coming to?? Yep, I would like the kitchen cleaning robot, too. I will continue to be the laundry robot myself; it's so mindless I like it. But the ironing robot - yeah, I'll take that one. And how about the closet cleaning robot? How about one that pretends to be one of your kids/grandkids/great-grandkids and just says, "Yes, okay!" with a smile and glides off to do what you asked. But can robots smile?

Thanks, MJ. Just the name "sun begonias" was enough for me to look them up. I'll call around to some nurseries here. Cordella

Pretty wine glasses and I am a fan of antique platters ---love that one. A robot to answer the robo calls I get trying to get personal info or sell me something I do not want. And yes I am on the DO NOT CALL LIST....Believe that is simply their working list. Clean out the garbage disposal when it gets gunky. Pick up after my dogs when I walk them. Finally would love one which would walk up and down the grocery aisles making sure I do not get home without what I needed.