ASTROTURFING: WHY IT HAPPENED TO DR. OZ 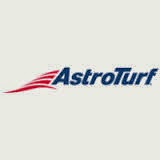 Contrary to what you’d expect, “Astroturfing” is not about laying sod inside a stadium. It’s what a special interest group does to sway public opinion, a stealth maneuver designed to subtly manipulate us. And it’s rampant on Facebook and Twitter. You’ve probably seen it and didn’t recognize it.

Dr. Oz is the latest victim of astroturfing. These attacks, often in the guise of splashy stories on the national news or Facebook memes, come from industry shills who want to take down anyone who promotes a more natural approach to health and/or who raises issues that might hurt the industry’s profits. 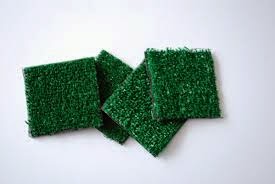 In Dr. Oz’s case, the attack was not led by concerned physicians or scientists but rather by a GMO front group after he reported on the scientifically established hazards of glyphosate, one of the reasons why GMO food is toxic. Why? Because big corporations don’t want to lose profits. And of course the media instantly jumped on the bandwagon without checking the facts.


If they had checked, they would have learned that the “Letter from Prominent Doctors Implies Columbia Should Fire Dr. Oz for Being a Quack.” was signed by Dr. Henry I. Miller. among nine other “distinguished physicians.” Dr. Henry Miller is actually a well-known shill for the GMO industry.

In fact, Miller was caught misrepresenting himself during the Anti-Prop.37 campaign in 2012, pretending to be a Stanford professor opposing GMO labeling. Guess what? He lied. Miller isn’t a Stanford professor at all. But look at the damage he and his fellow shills did to a man who tries to keep us healthy.

How do you recognize astroturfing?  Watch for words like conspiracy, crazy, crank, crack, nutty, pseudo, and other terms to make you dismiss an argument they don't like.

And watch for more attacks on well-known figures who dare to go against Big Pharma or question authority, like Dr. Oz.  At least now you know not to fall for everything you hear or read on social media. Because reporters now don’t and often can’t investigate or share their findings. Their companies are owned by Big Business Corporations who put them in handcuffs.

Remember, when something big and splashy hits the media, you can bet a concern for profits is behind it.  Read more about these subjects below.

“Stonewalled: My Fight for Truth Against the Forces of Obstruction, Intimidation, and Harassment in Obama's Washington,” by Sharyl Attkisson, a five-time Emmy Award winning investigative journalist whose television career spans more than three decades. Sharyl is the reporter who blew the whistle on the swine flu media hype in 2009, showing that the hysteria was completely manufactured.

I avoid GMO products and have told co-workers about how toxic the food really is. I even told them about the tests done in Europe which show just how dangerous the GMO products are. Most of my co-workers still believe the GMO foods are healthy (and there's something wrong with me). After all, science is better then natural foods.

Great post, Kate! A lot of this misinformation is being put out by the CCF. The Center for Consumer Freedom is a big-time lobbying group that is in bed with the tobacco lobbyists, the hospitality industry, the meat industry, etc. The name is certainly misleading (and amazingly, they are listed as a non-profit, tax-exempt organization). Here's a description about what they stand for: CCF actively opposes smoking bans and lowering the legal blood-alcohol level, while targeting studies on the dangers of meat & dairy, processed food, fatty foods, soda pop, pharmaceuticals, animal testing, overfishing and pesticides. They want us to believe that everything on this list is "good": for us! It's very discouraging and I find it amazing that they don't pay taxes. It's headed by Rick Berman.

Great post. Thank you. There is so much profit tied up in GMO foods and herbicides used in farming and lawn care. Reporters also have their hands tied by a changing environment in journalism. There is no time or budget for fact checking, proofreading, obtaining both sides of any story. I see so many lovely graphics on FB with a quote or a statistic or a supposed fact....with no citation or source. It's just made up crap that gets shared and believed.

Europeans are much more knowledgeable about eating healthy and most of Europe has banned GMO foods. Unlike the US, they believe in protecting their citizens. Isn't that a sad statement about our country?

A For Profit company behind the Non-Profit mask. It's horrible! And they escape the tax man. It's too bad the Gov't lets them get away with that.

You hit the nail on the head, Alison, on all counts. Reporters are handcuffed by the big corps that own the media companies, as well as the time and money to investigate even if they were allowed. It's appalling, but thank God we have the Internet to search out the facts ourselves. We just need to be skeptical first. As Marco tells Abby in my stories, verify, verify, verify!

Tobacco companies, Big Ag, the hospitality industry (bars, hotels, restaurants, etc) and others paid Rick Berman $15 million over a 2 year period for his "services." He is listed as a "public relations company" and I don't know why he isn't forced to register as a lobbyist.

Thanks, Kate! I pretty much ignored now the "news" reports with the big splashy headlines because I know it will be just another load of manure. If the headline does intrigue me, I avoid that article and go looking for it myself on other websites.

Thanks for this post, Kate. I KNOW what damage GMO foods do firsthand. I didn't know what it was called back in the 1970s when my children and I began to suffer, but I even make my own bread every day now. Great information!

Hi Kate. thanks for the education about astroturfing. it's a term I have never heard before. The power of disinformation is stunning. The media coverage against Mr. Oz is like an out of control freight train. It's not only sad bur scary.

I personally avoid all GMOs (as much as you can, especially if you ever intend to eat out). It is sad how much most of the large media outlets just regurgitate the information given them by PR outlets. I agree with Mary Louise; it is both sad and scary.

Very interesting post, Kate. It's so easy to underestimate the huge amounts of money in the food industry (big wheat, big sugar, big dairy!) BIG is what we should be wary of . Truth is a casualty way too often. Diner beware!

Amen, Kate, amen. Ever since I became aware and educated myself about the GMOs in our food supply a few years ago, I've watched more people learn about it and take action by choosing and demanding more food choices. And the grocery stores and others have responded. Now, Big Pharma and others responsible are responding. No surprise.

Thank you, Kate. I think this is important information, not just about GMOs, but about what is considered "news" today about anyone or anything. It is hard to trust information and in my opinion that harms our society. I've also read that GMO seeds given to farmers in developing nations are not a generous gift but are harmful to the soil. I hope that is not true and lean toward believing it. Profits and taxes for big business are a whole other story too. I am glad that people notice all this and talk about it. That's a start at saying "You can't fool us."

That's very smart, Joan! Since all our TV news media is owned by 6 large corporations with ties to every industry, how can we believe what we hear?

And it could happen to anyone who tries to make a difference, me included!

Whole Foods is actually running out of organic foods to sell! That should tell the Big Companies something.

Conglomerates scare me. We have anti-monopoly laws but they seem to be ignored.

I hope and pray that good people like Dr. Oz can weather the storm. It helps when we spread the word about what's really behind the BULLYING.