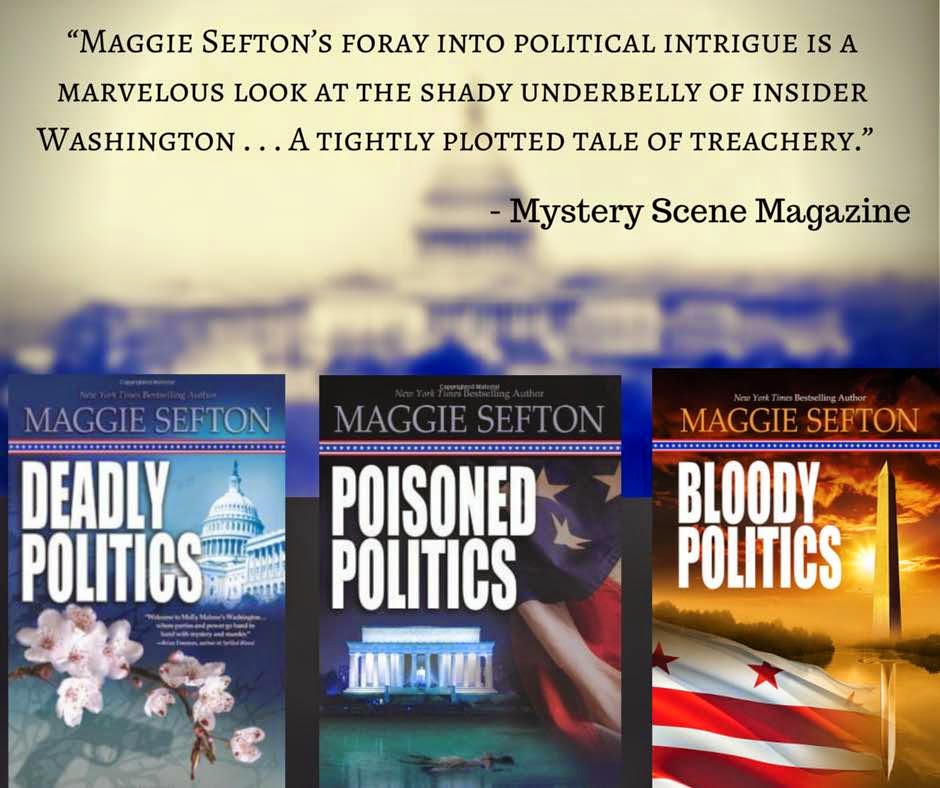 
Every now and then I remember that I need to let readers and others know that I have other published mysteries in addition to the Kelly Flynn Mysteries which now have 12---yes, 12----mysteries in the series in bookstores and online.  Number 13 in the series----PURL UP AND DIE----will be released this June.

Most readers are familiar with the Kelly Flynn Series, but haven't sampled my Washington, DC--based political suspense trilogy----DEADLY POLITICS, POISONED POLITICS, and last November's BLOODY POLITICS.  For those of you who'd like a hint of what's going on in that trilogy, here's a quick glimpse into heroine-sleuth Molly Malone's world in the first book----DEADLY POLITICS--- 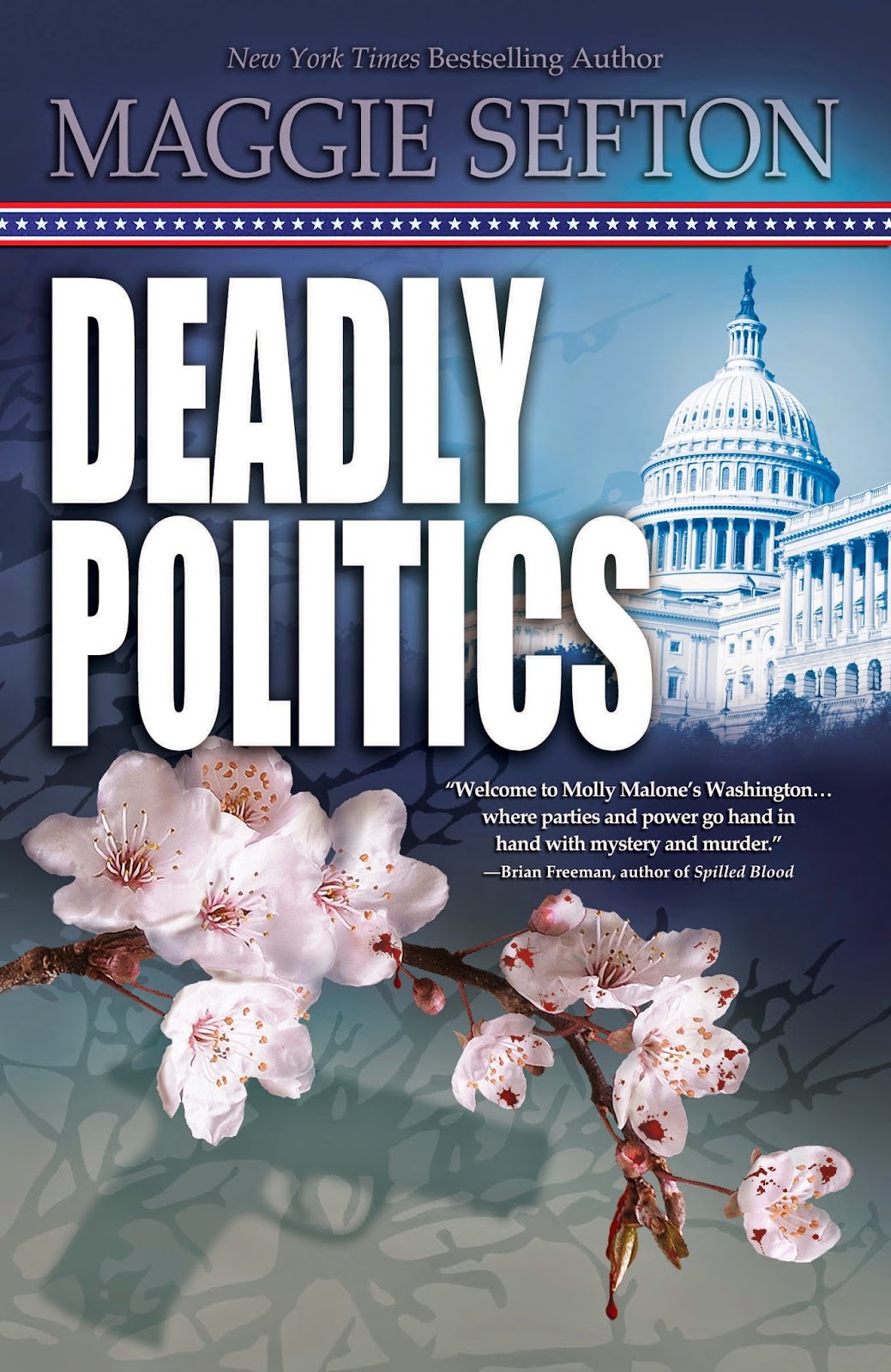 Years ago, Molly Malone was driven from Washington, DC by political back-stabbing, scandals, and personal heartbreak. But now, circumstances have forced her to start a new life in the one place she swore she'd never return to—the city that broke her heart—and face the ghosts and the enemies from her past.
As the daughter of a respected United States Senator and once the wife of a rising star young Congressman, Molly has seen it all in Washington politics—the cynics, the sincere, and the schemers. But the brutal murder of her Congressional staffer niece brings Molly up close with Washington's darker side. "The beautiful monuments and parks are deceiving. Washington can be ugly." How ugly, Molly's about to find out. There are other schemers out there who may not have won elections, but are more powerful than the politicians they ensnare.

I haven't read these. They are next up to bat !

I had no idea! Thank you so much for sharing this! I certainly will add these to my must read list.

Thank you so much, Mary. I appreciate that. Tell your friends. :)

Thanks, H. Harra. Let me know how you like them. maggie@maggiesefton.com

Thank you so much, Sherry. Tell me how you like them, please. :)