One of my degrees is in behavioral science from the University of Houston. I loved my psychology courses but by far, I loved Social Psychology the best. According to Merriam and Webster the definition of this branch is this: the study of the manner in which the personality, attitudes, motivations, and behavior of the individual influence and are influenced by social groups. 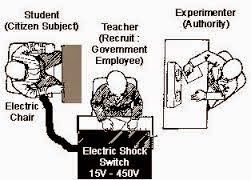 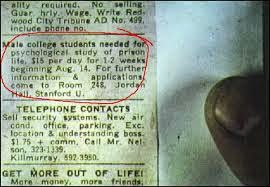 
Then reality TV came along. No rules, just volunteers looking to win--to win money, to win fame or to win love. I watched several of these shows with great interest. Survivor and The Bachelor come to mind. I have never watched even one episode of any "housewives" show or any of the MTV productions.  No Sister Wives, no dropped into the jungle "naked and afraid," either. I had grown 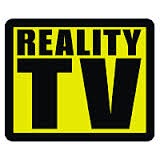 tired of reality shows aside from music competitions long ago. Where was the science? What were we learning except that folks might be more shallow than we ever thought possible?

Social psychology, after all, can teach us so much. For instance, a woman was murdered outside her apartment back in the late 60s while dozens of people heard the crime being committed and did nothing until it was too late. (The victim was Kitty Genovese).  Social psychology offers a valid explanation--that the more people witness a crime or an injustice, the less likely they are to do anything at all. (The "Bystander Effect.")That is why if you ever are helping someone in distress with a crowd present, it is important to point at an individual and say something like, "You. Call 9-1-1." Otherwise everyone around believes someone else will take care of it. That was one of the most important parts of the training I did when I was a CPR instructor way back when. Social psychology also helps us understand "mob violence." Not that we seem to be able to fix it.

But now there is a show on the Fyi network that has me hooked. It's called "Married at First Sight." I 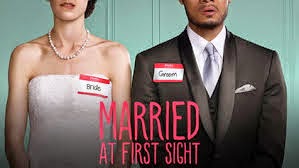 called it "crazy" when I first read about it, but then I happened to see a review--a good review--and found out this is a TRUE social psychology experiment with psychologists, therapists, sociologists, and spiritual advisors involved. It's sure better than dating websites--one of which has so far has duped two people I know into cat-fishing scams. If I know TWO people, there has to be many, many more. The second season has just started and as a writer, there couldn't be a better show to watch for revealing human emotions for a younger age group. I am getting out of touch with that demographic more and more everyday! So I'm calling it research. Arranged marriages have been around for a long time, but not like this. Not with people matched on many different levels by experts using tests, in depth interviews and more. Ever watched it? Don't judge until you have. This is NOT Real Housewives of Anything! It's unique and interesting.
Posted by Leann Sweeney at 12:00 AM

Really interesting article Leann. I agree that social psychology is fascinating. I have never been able to get interested in most reality shows, mainly because (as you mentioned) all you see is how shallow people can be - and that doesn't interest me. But I would be interested in checking out Married at First Sight. I haven't had TV service in a long time, but it looks like a few places online have episodes available.

I do have Netflix and will occasionally watch older episodes of a few TV shows. MY guilty pleasures are shows like Forensics Files. Not only because I'm fascinated by the technical aspects of modern forensics, but also because of the human aspect of the cases they cover - trying to figure out why these people did what they did. True life (and true crime) really is stranger than fiction.

Although I don't watch many reality shows, I must admit I'm addicted to "The Amazing Race." I like it because the contestants go all over the world experiencing and seeing other countries and cultures and because they essentially eliminate themselves. Last team in at each pit stop usually leaves. Last spring I watched "Dancing with the Stars" because Meryl Davis and Charlie White, the American gold medal winners in ice dancing, were contestants.

I have a friend from India whose marriage was arranged. Seems to have worked really well as they've been married a long time. She did tell me that either one of them could have said "no." Even without the formal degrees, I have a feeling that the matchmakers in traditional religions (Jewish, Hindu) are pretty savvy. I don't get the Fyi channel. Cordella

The only "reality" show we watch if Homicide Hunter: Lt. Joe Kenda, unless you count some cooking shows. I also remember well from CPR to point your finger and tell that person to call 911.

The only show I watch is Masterchef Australia. I hate reality tv, and I don't understand how people can expose themselves to millions of strangers that way. In my country there is an extremely popular show called "Farmer seeks wife". And the responses those desperate farmers get, and how many viewers it has is incredible. Of course my country is very small, and nothing is remote like in America, so you are never isolated from society or something.

Leann, this is a fascinating post. I hadn't heard of Married at First Sight, but I will definitely watch it. I remember the Kitty Genovese case, ti was horrible and tragic. I also remember reading about a stabbing at McDonald's in California. A middle-aged man and his wife were waiting in line when a nut job walked up and stabbed the husband. Completely unprovoked. As he lay bleeding on the floor, hungry customers stepped over him to place their order. Unbelievable!

I love Forensic Files! They run marathon episodes on HLN over the weekends! The first season of Married at First Sight is probably available on some of the venues you mentioned.

Cordella, I do like the Amazing Race. It does expose us to different cultures in a unique way. I wouldn't say it's in the same category as any "housewives" show!!

I did watch a few "reality" shows when I had a TV. Then, it seemed to me that the situations were setup by the producers and directors and I wondered at their social psychology at wanting to exploit "reality" this way. Perhaps, it is an attempt to distract from real life. I don't know. I'm not interested. Maybe the type of "reality" show is beginning to change with the difference you've noticed in Married at First Sight.
Thank you for all your interesting subjects and views, Leann.

My NYC kids LOVE cooking shows. Did you know that the guy who plays Kenda in the flashbacks actually did real PI work and ratted out an unethical P.I.? Just a little trivia! -)

My NYC kids love the cooking shows. They are vegetarian and love finding new recipes and how to do a lot of CHOPPING. I don't think I have ever watched a cooking competition show myself.

It's that "Bystander Effect!" Though not everyone falls victim to that. There also hardwired folks who when it comes to "fight or flight" they will ALWAYS fight. We call them heroes--and firepeople and healthcare people and police! Thank goodness they don't all go into caretaking type jobs and might be in a crowd when we need them most!

Thanks Zena. It is different but I also believe a lot of ridiculous--and yes scripted--shows will continue to flourish. It's a cheap way to cover programming on about 900 channels! :-)

Fascinating post, Leann. I did some Social Psych courses too and still remember the harm they did.

The only reality TV I ever watch consists of renovation shows when I have a pile of boring paperwork. Sometimes I will peek at Ice Road Truckers - I like it when the tough little gal survives the hairpin turn on the melting road and beats the big hairy guys. You can really see the heavy hand in the dramatic set-up.

I do remember the Kitty Genovese case. They made a TV drama out of it (I think on our Canadian public television) and I still remember how outraged my parents were. Everyone thought it was someone else.

I appreciate your tip about assigning responsibility. XO MJ

He's such a cutie. I hope this doesn't put him into a slot that leaves him no other acting options.

I look at a few of the decorating shows every now and then and the Dancing with the Stars, every now and then. Way back when, I was going to watch the "lets be dumped on an island show". But, even though I read fiction, I did not want to watch things that were so obviously scripted and not written by anyone with much talent. Leann, you are right, this is a way for networks to have very cheap shows and make a bundle of money and not need to use any talent...well they have technical talent cameras etc. I also love the Alaska State Troopers shows. I may never see Denali in person, but looking at the scenery on TV has given me much appreciation for what has been created. I have found that there has become much less television in my life - because there are many fewer shows which entertain me or challenge me to think. I do watch reality which makes me yell for a team to win. But, don't think they are scripted.

Thanks so much MJ. I think our generation got a huge wake-up call with the Genovese case. We thought "how could this happen?" And yet, it is more the rule than the exception, sad to say.

How else do you fill so many television hours? It's mind boggling. But way back in my psych college days, I also took an absolutely FASCINATING course (it was actually a grad course) called "A Television Culture." That professor was amazing at how well he predicted the future of TV. But he also taught me so much about the "formula" used for sit coms, that after Seinfeld (which DID NOT follow formula) I just cannot watch them anymore. Ruined them!! LOL.

I don't watch "reality tv". Have you seen or heard of the Sex Box on WE tv? When I saw the previews for that I decided to just give up on good taste on television. I have lost so much respect for the younger generation. Yes, I know I sound like all the old folk in the past bemoaning the state of the younger generation. I just try to ignore it as I can do nothing to change it.

I was surprised at how much I really enjoyed, Married at 1st Sight. I'm now following the 2nd season.