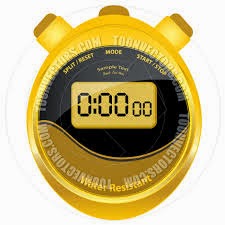 Have you seen the new ABC show called, “In An Instant”? Each show is about someone’s horrendous experience and how s/he survived it. I’ve watched it twice and am hooked, because each episode’s outcome reaffirms my belief in miracles.

But the show also made me think about some of my own life-changing events that occurred “in an instant.” I’ve had several of them, mostly good, one tragic. But this blog is about one particular wonderful miracle that happened because of a spur-of-the-moment decision.

I was a stay-at-home mom struggling to become a published novel writer, dealing with a failing marriage, and helping my court reporter friend out with her business. She spent so many long hours transcribing depositions that she had no time to send out statements or proof-read her transcripts. I filled both of those roles for her.

One day, out of the blue, she informed me that a law office in town was looking for a part-time filing clerk.  Why she gave me this information has always been a puzzle because: a) I had been an elementary teacher; I had no office training, b) she couldn’t afford to lose me, c) she had no reason to think I’d be interested in working outside my home.

What was more of a puzzle was that I drove to the law firm the next day and inquired about the job.  I can’t tell you why, I just did it.  I was ushered in to see the office manager who, surprisingly, I knew from a school committee we’d both been on.  She asked about my secretarial skills and I admitted I had no training, but I could type, use a computer, and alphabetize. She asked me to start the next morning.

Needless to say, I left in a state of shock. There was no way I could take that job. Why would I even want to? File legal papers? Take documents to court? Did that sound like a job for an almost published novelist with a master’s degree in education?

I started work on the following Monday. Two months later I was being trained as a legal secretary. One year later I sold my first historical romance novel. Two years later I filed for divorce. Four years into the job, I married the boss, who truly was my soulmate, my twin heart, the man who changed my life forever. All because, for some inexplicable reason, my friend mentioned a job she did not want me to take, and without analyzing or trying to talk myself out of it, I got into my car and drove to that law firm. I truly believe I was guided there.

I know other people who’ve had similar experiences. Because of a snap decision, their life went in a totally different direction than they’d ever imagined.  How about you?

And remember, today is the beginning of my THIRD QUESTION GIVEAWAY. All you need to do is answer a new question each Monday in March about A ROOT AWAKENING for a chance to win a $25 gift card. You'll find the question on my website here.

That's an amazing story. Change came along just when you were ready for it, I guess. My story was great for me but not as amazing. We were struggling in a poor school district to keep the kids interested in school. Then we had an opportunity to travel but my A-level kids would miss about 10 days of school. The trips included 12 weeks in Washington DC all summer, and a trip to the Caribbean. The district automatically flunks them at 12 days. We decided to start homeschooling them because we believe the travel would be invaluable to them. Sure enough, I now have three brilliant adult kids pursuing great careers in law, classical music, and programming. No drugs, no teen pregnancies, none of the traps that befell their school friends.

What a positive, inspiring post to read in the morning! I appreciate how the miracle didn't happen overnight. The decision was a quick one, but the unfolding of its gift took a few years to discover.

Kate, our parents' decision to move to that small neighborhood street brought us together as childhood friends. After years of my living in other states, we were reunited by a class reunion photo that you posted. I recognized you right away. The interesting thing is that I graduated the year before you and for "some reason" I received that same class reunion email. You and I didn't just meet up at Starbucks after contacting each other. We met up in Athens, Greece because we just both happened to be there on September 29 that year. Providential.. and miraculous, I'd say!

What a nice post to start the day with. As I have gotten older I try to keep in mind that things usually do happen for a reason and to be more open to possibilities, because looking back I see that what may not have made sense actually led to this which led to that which . . . . I don't really want to have the birds' eye view of the map of my life but it's true that one little thing can change everything.

Lovely story, Kate! Thanks for sharing it. XO MJ/VA

Another example of trusting your gut instinct. I'm so happy for you and your children. Congratulations to you all.

True! It's only when I looked back at it years later that I marveled at all the had to happen to allow me to meet my soulmate, including a move to that city!

We can't always see the path in front of us, but we can look back and see where we came from and how far it took us. One decision can change the course of a life.

What a great story Kate! I met my boyfriend when I called for a cab. I liked him, and when I needed one the next day, I got him again! And with over a 100 cabs driving for the company that I called, that is a big coïncidence. We talked some more during the drive, and he sometimes stopped by for coffee, or just called me. And one thing led to more. We have been together for over 5 years now.

That's a wonderful story, Aurian. I think it was way more than coincidence. It sounds like you two were brought together. Awesome. Thanks for sharing.