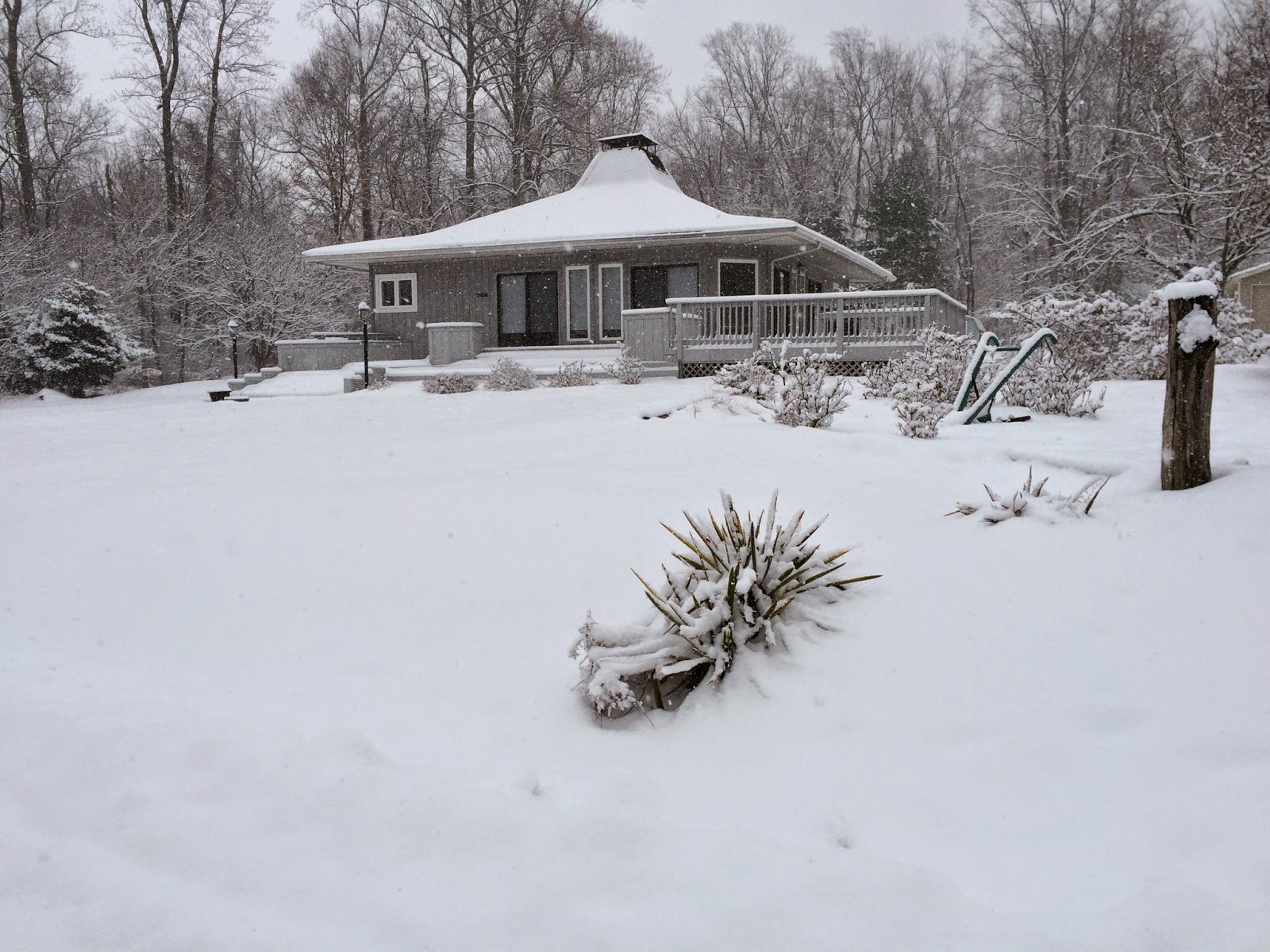 
To the right is what I call my River House (one block from the Potomac River) in the Northern Neck of Virginia.  It's all closed up for the winter.  They've had more snow than usual Back East this year.  Lots of snow is unusual near the River.  My neighbor took this photo.  I won't return until April.  :) 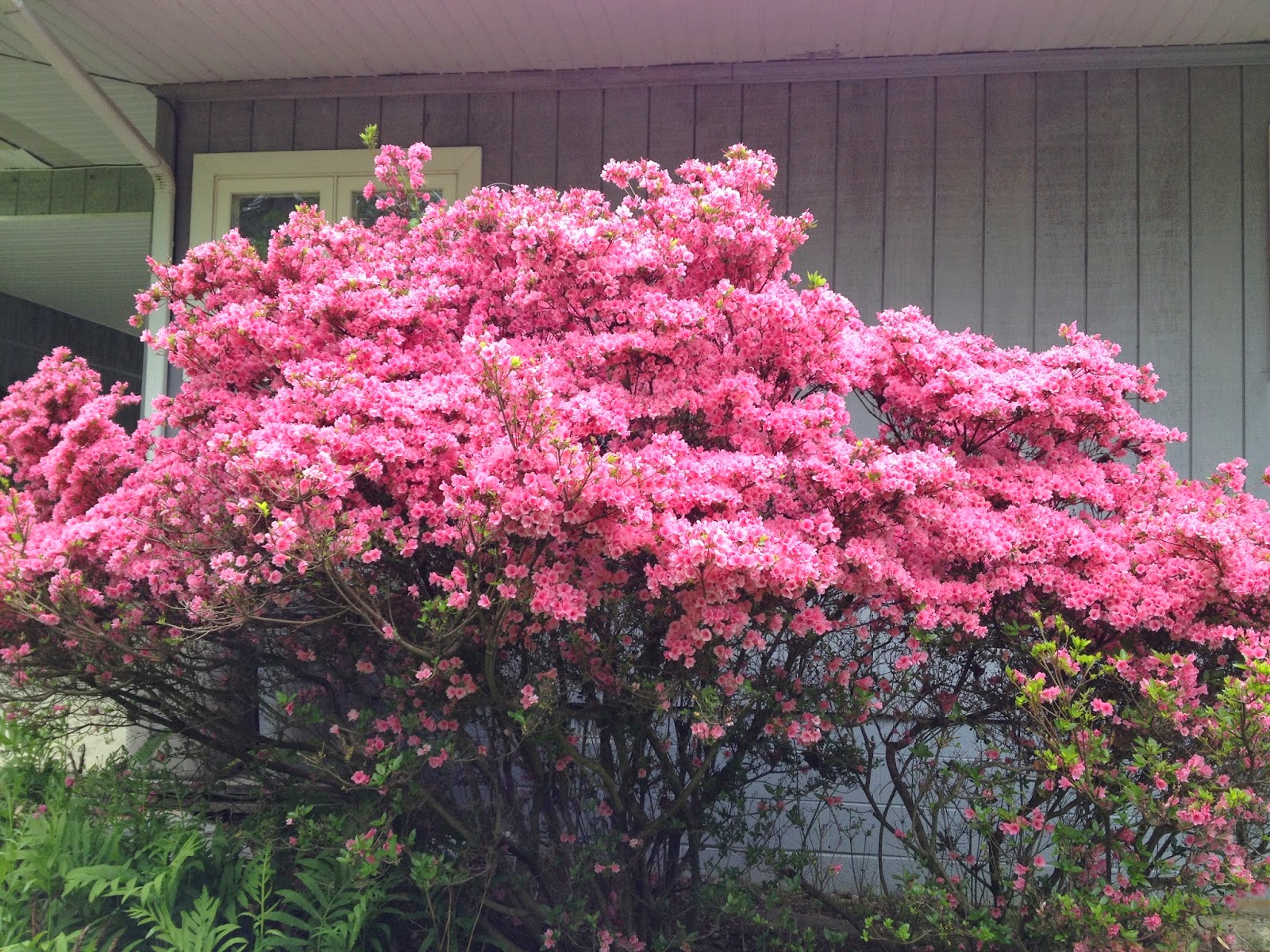 This morning early when it was just dawning (Daylight Savings Time dawn) here in Fort
Collins, Colorado, I heard one of my favorite bird songs.  A lovely sweet chirp, chirp, chirp.  A Springtime Bird Song.  Boy. . .did it make me anxious for Spring to come even faster.  Of course, I shouldn't be antsy.  It's still March.  But we've been having a wonderful spell of early spring-like weather for weeks---literally from mid-January to mid-February.  It was 50s and into 60s.


That happens often in the winter here along the Front Range of the Rockies in Northern Colorado.  Still, March usually turns out to be our snowiest month.  So far, we did have a big 8" snow last week.  But with our glorious sunny sunny days, that snow has been steadily melting.   :) 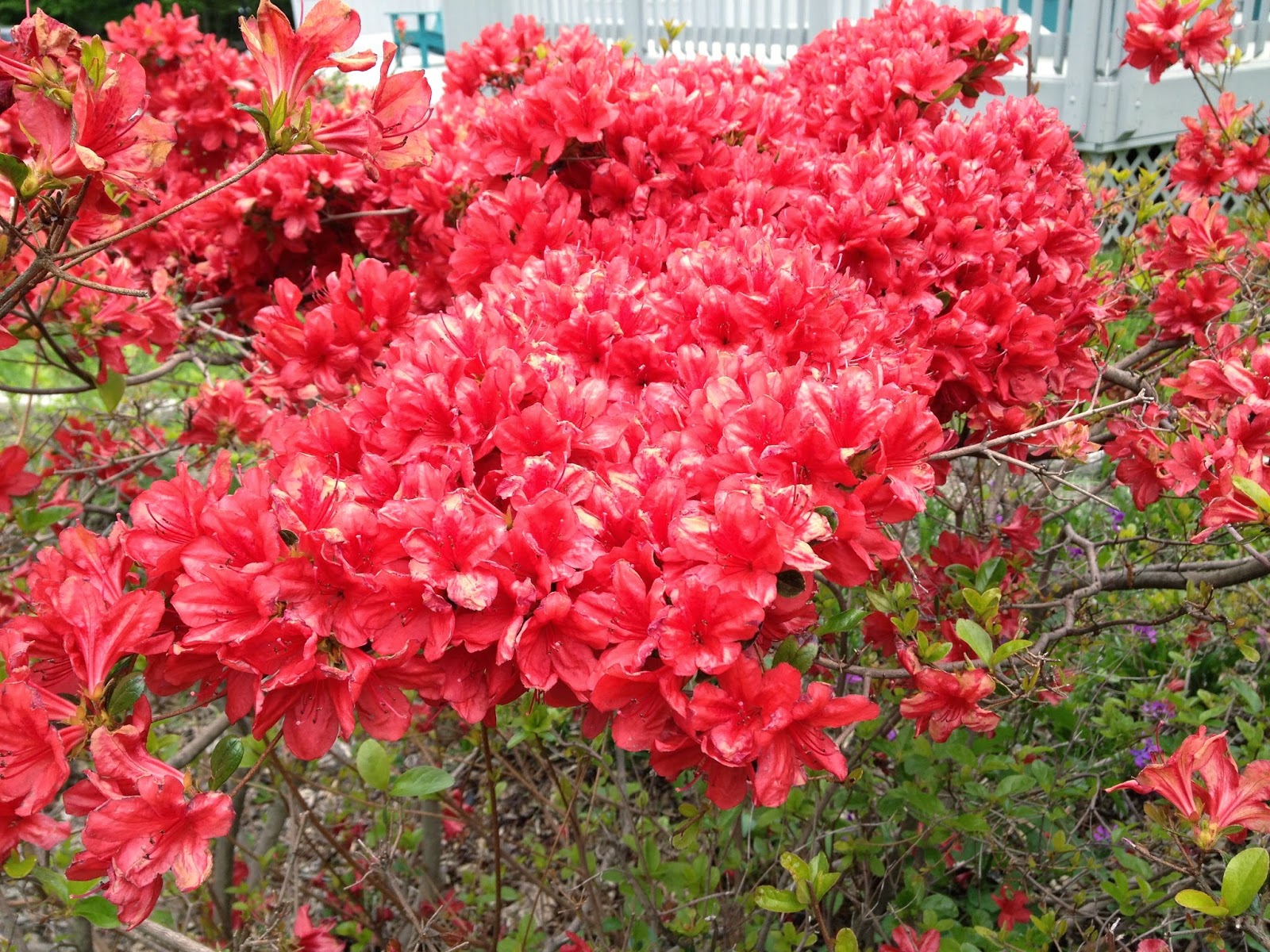 It's actually perfect weather for what I'm doing.  January through June is devoted to
writing the next Kelly Flynn Mystery.  So Wintertime is good for squirreling in and writing----for me, at least.  Thank goodness we have such sunny weather here in Northern Colorado, because I don't think I would be content to "squirrel in" if the majority of days were gray and cloudy.  Our family lived in West Lafayette, Indiana for 15 years when my then-husband was a professor at Purdue.  And, during the winter, there were a LOT of gray days. 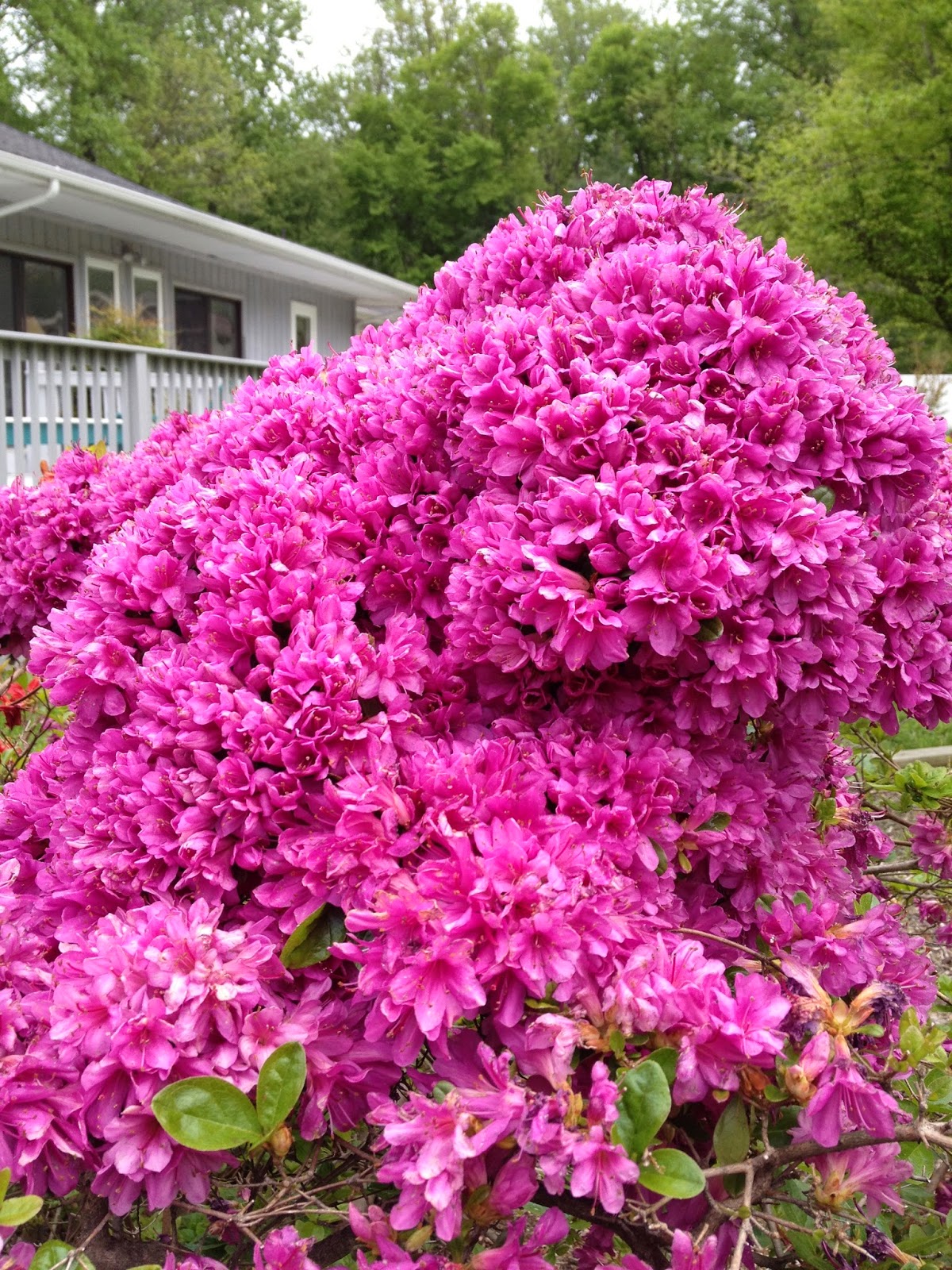 So----Today, that's why I decided to post some colorful photos of Spring flowers.  These are the azalea bushes around the river house.  I thought these gorgeous heralds of Spring would  cheer up all of us who are anxiously awaiting Spring.  I also included one snowy photo of the river house.  It's only one and one-half hour away from the DC/VA/MD Metro Area Madness, but it's another  world.  A peaceful and quieter world, surrounded by trees and lots of places to sit outside on the wrap-around deck and relax.   When it's not covered in cold and snow, that is.  :)


What are you foks doing to think of an Early Spring?
Posted by Maggie Sefton at 2:54 AM

Since I live in the Portland, OR Metro area, I have not had to contend with snow and cold this winter which probably means we will have drought this summer. Last spring/summer I landscaped 1/2 of my very small front yard. In addition to other things, I put in 3 small winter blooming heathers so I have tiny pink flowers on them now plus I noticed today that three of my pink tulips (think Monet) are starting to open. It didn't hurt that it was 71 today where I live. Cordella

I'm in central VA...it was beautiful, here, yesterday. Today, overcast, drizzling rain...ugh! I've been seeing robins, though, and that's a sure sign of spring, for me!

It's hard to imagine spring with all our snow, but your beautiful flowering bushes gave me quite a boost, Maggie.

Honestly, there is no way that we here in the Northeast can possibly think of spring. We still have over 9 feet of snow on the ground and much more when it was stacked by plows and even in more sheltered places there is over 5-6 feet of snow. The only spring days I had were last week when my Amarylis bloomed, sorry to say. Thank you for the gorgeous photos however. Just makes me wonder if we will see ours in July or August. Not kidding. Cynthia B.

Great, Cordella! Color is so important to a lot of us. And I love spring tulips. :) Wow, I hope you don't have a drought this summer. Those are harsh. Think rain.

Oh, yes! Robins! I love birds. :) They hunker down for the winter, and with snowfall it's really important we put out food for them. Where are you in central Virginia?

They're last spring's flowering bushes, M.J. No way anything is blooming now. Everything's covered in snow.

Oh, goodness, Cynthia, that sounds dreadful. 9 feet of snow piled high is something. I know the Northeast has been dumped on again and again and again. Well, the Amarylis at least brought you some color. Hang in there, girl. Spring is going to come. Honest. :)

Good Morning Maggie, We still have lots and lots of snow on the ground but it is warming up. Yesterday it was 45 and felt like Spring. Today it's going into the 50's. My azalea didn't do well last year with the snow so this year, I don't know what to expect from it. It still has about a foot of snow on it. I just worry that my hydrangea will be ok. I love that plant and it blooms all Summer.