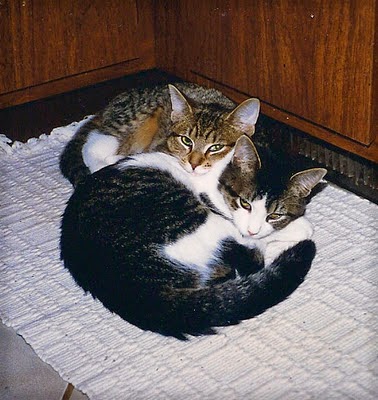 Our girl Betsy had her 18th birthday last October. We felt pretty lucky to still have her, as she's suffered with a number of pretty serious illnesses over the years (including lymphoma, which she beat!).  Last week was the 18th anniversary of our heading to the local (kill) shelter and picking up two four-month old kittens.

(That's Bonnie behind Betsy.  They were cuddled next to the heat run in the kitchen, the warmest place in the house.  Betsy still goes there on a regular basis. We lost our dear Bon-Bon four years ago.)

Recently, I found I own some foreign rights to my Victoria Square books. YAY!  Now readers in England, Ireland, Australia, New Zealand, and a few other countries (where I'm not even sure you can download ebooks) will be able to read the books in this series.  But in order to get them there, I needed new covers. 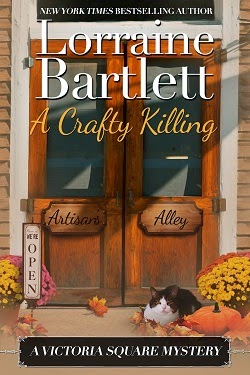 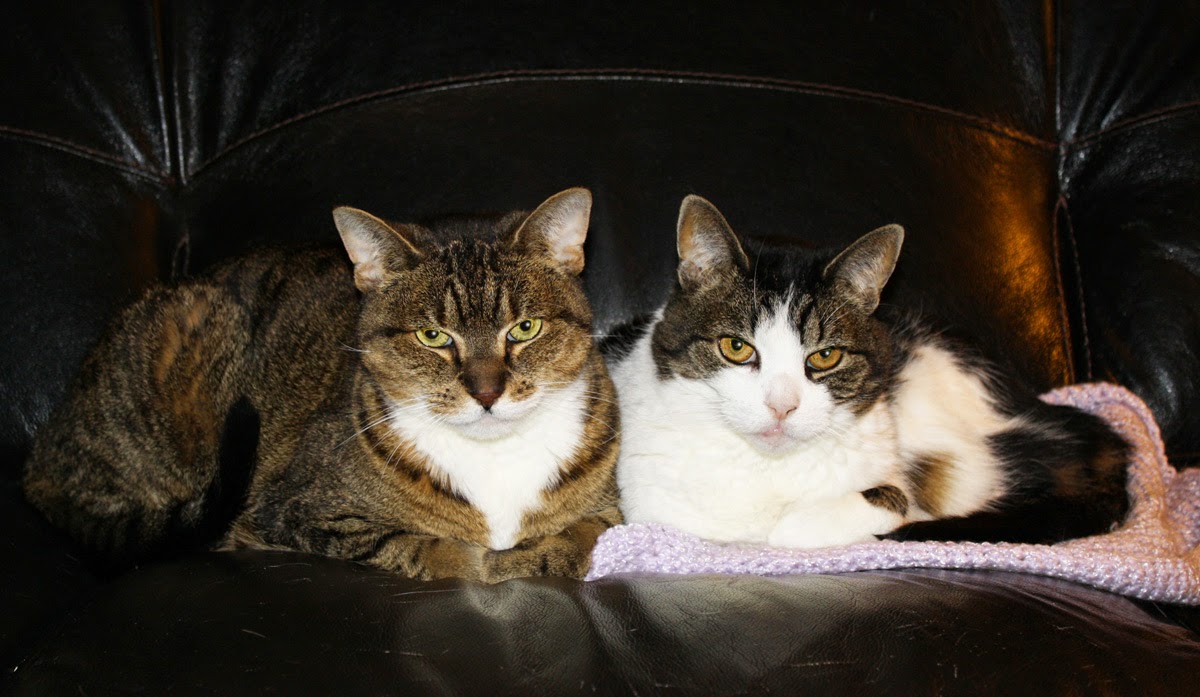 Bonnie and Betsy were the inspiration for Mason and Della, Katie Bonner's two cats.  (Bonnie didn't mind being a stand-in for a boy kitty.  She was pretty laid back.) I sent the cover designer a picture of Betsy so she would know what kind of cat I wanted on the cover. I was shocked and pleased to see that she could actually USE the picture I sent. 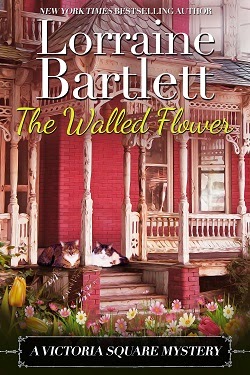 For the next cover, I sent the designer my favorite picture of Bonnie and Betsy together, taken just a few months before we lost Bonnie, and she incorporated them both in cover for The Walled Flower. (Betsy was sitting on the little kitty afghan my mother made for her.  Pink really is her color, don't you think?) 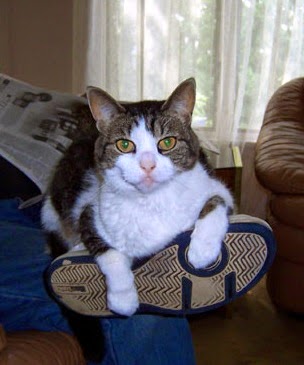 When Mr. L sits in a certain chair, Betsy likes to sit with him.  In fact ON him. On his foot.  It looks silly, but--hey--that's what cats do.  (Betsy has always liked to hang off of furniture--so, why not people, too? 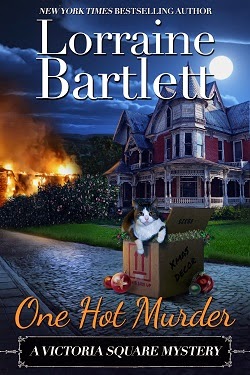 As you can see, the designer took that photo and incorporated Betsy into One Hot Murder, too.

I don't know how much longer I'll get to have my sweet baby girl, but she, and Bonnie, will live on on these covers for many years to come.

They're also available from iBooks and Kobo (if I could only find the links, I'd share them). 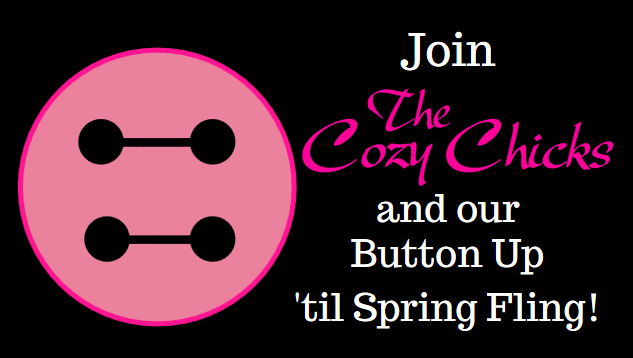 Hey, did you know the Cozy Chicks are having a Button-Up 'Til Spring Fling? Everyday we're posting pictures taken by some of our Cozy Chickadees with a Cozy Chick button, and asking our readers to caption them.  We'll be announcing the winners on Facebook every Friday and Saturday until March 20th.  Check out the Cozy Chicks Author Page to find who who will win!


Posted by Lorraine Bartlett at 7:03 AM

Wow, LOVE the new covers (congratulations on the foreign rights) and the pics of your kitties!

The covers are so wonderful! I just want to buy all the books because of the covers!

Oh, how very cool! I loved the covers incorporating your cats.

I have two of my babies who are 14 and my oldest, Shadow, is 16. All my cats were rescue. Choad, my 14 year old also loves the heating vent in front of the kitchen sink (I've been known to stand there to get warm). I have several such vents and you can be gauranteed a cat will be on or in front of one of them. :-)

I hope others will, too, but I'm having a hard time getting the word out.

I'll be showing off another cover soon where my picture is actually on it. Stay tuned!

Your cats certainly are photogenic. Our Lacey is 17 and healthy, but not a cover girl. I'm making a wish for you that you get the word out more about your books. I've enjoyed all of them! The Jeff Resnick series is my favorite.

That is so cool that you used your own cats for the cover..they are very photogenic! I have one or two of your books to review on audio and I can't wait to get to them. :)

Your cats have been immortalized on your written works Nice!!!

Sadly, Betsy is no longer a cover girl, either. I've been calling her dreadlock girl, because she has a bunch of mats and won't let me work on them. : (

The first Victoria Square Mystery on audio came out just this week. The Walled Flower comes out next month, and One Hot Murder will be available in April.

Those covers are beautiful and having the your cats incorporated into them must feel wonderful. Their both gorgeous.

Love that you were able to get your kitties on your covers. The artist did an awesome job - the cover pics look like the originals. Really glad to hear that the Victoria Square books are available in audio. I had an Audible credit available, so I just downloaded A Crafty Killing and I'll watch for the next ones.

Love the picture of Betsy on Mr. L's leg/foot. Looks a bit precarious, but cats like precarious. I think you said before but when are you going to write more Victoria Square stories? I like them better than Book Town but just can't get into Jeff Resnick for some reason. Cordella

I loved this post, Lorraine! Nice to meet Betsy and Bonnie, the inspirational kitties.

Love the new covers. Lost one of my kitty babies a while ago. so know how you still feel about Bon-Bon. Cats are small, but they sure take over a large part of our hearts.