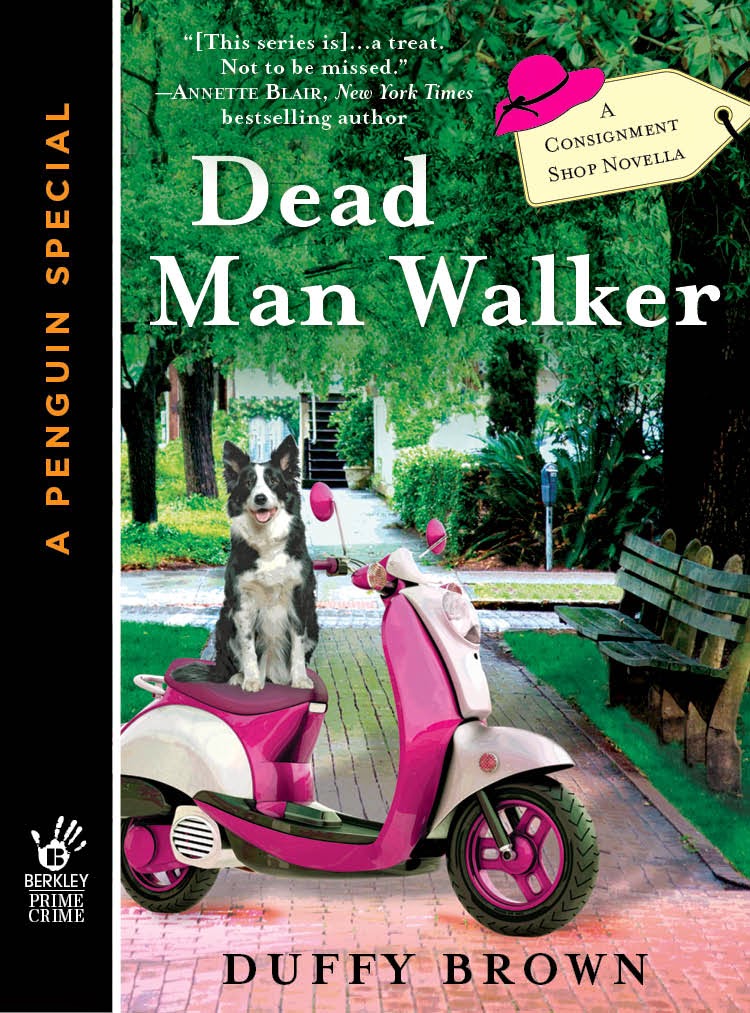 Hi, all. Dead Man Walker is out Tuesday. It’s the fourth book in my Consignment Shop Mysteries and it’s Walker Boone’s story meaning it’s from his point of view…

“See, there he is, Mr. Boone,” Mercedes said to me. “Just like I told you on the phone, Conway Adkins dead as a fence post in his very own claw-foot bathtub and naked as the day he was born.”
“I take you added the washcloth?” I said to Mercedes, both of us standing in the doorway and staring at the corpse.
“Couldn’t be having the man laying there with his shrivelness all exposed to the world now could I. Not proper for a man his age.”
“Or for the rest of us,” I added.

A guy’s point of view, especially a hunky dude like Walker Boone is way different than writing in the female point of view. Guys don’t think about the color of their purse. They don’t do lunch or get over a problem with retail therapy...namely shopping for shoes. They don’t go out for ice cream when they’re down, they don’t mainline chocolate or eat peanut butter out of the jar…not that I’d ever do such a thing.

Guys meet with their buds at the local watering hole and down a few or maybe they shoot pool or shoot hoops. Or they get bar grub or ribs or wings. Wings are always a guy pleaser.

I love guy friendships. Sherlock and Watson, Chandler and Joey on Friends, Fred Flinstone and Barney Rubble, Bert and Ernie, Batman and Robin…you get the picture.

“Dawg,” Big Joey said to me as I slip onto a stool next to his, everyone in the place giving Joey space. “Know you’d show.”
Big Joey was built like a Mac truck,
muscles buffed to jet black, gold tooth,
ponytail and main man of the Seventeenth
Street gang...my former home and forever
family. He was my brother in every sense of
the word except parental commonality. 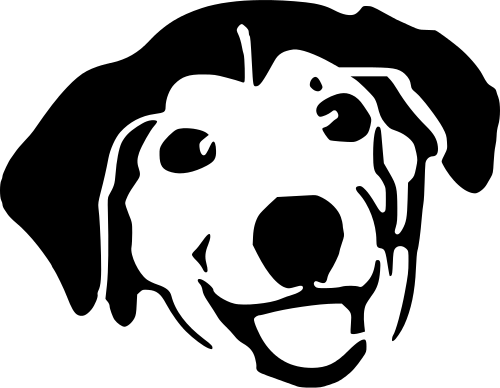 Of course Walker Boone has other friendships, girl friendships like with Reagan. The two started off rocky in that Walker represented Reagan’s ex in her divorce but in solving mysteries they kept tripping over each other. At the end of Dead Man Walker, Walker’s on the run and Reagan’s there to help him out...

“This is circumstantial evidence,” I said to Reagan as we stood on the sidewalk outside my house. “The police have to see that someone’s setting me up to cover their own butt.”
“It’s your butt that needs covering, Walker Boone,” Reagan offered. “The police found your .38 and it matches the bullet that killed Conway. The cops are on their way. You got to get out of here right now.”

I looked at my red ‘57 Chevy convertible parked at the curb. “Might as well put a target on my back driving this thing.”
Reagan shoved her helmet at me. “Take Princess.”
“A scooter? You want me to ride a pink scooter named Princess?” 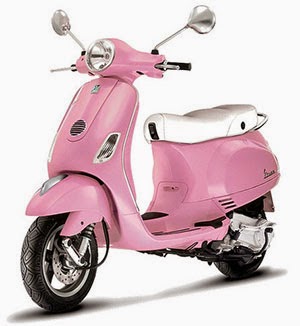 “Better than that being your nickname in the big house.”

This is Walker Boone’s story, his friendships, the people in his life that help him out no matter what.

So what about you? If you were in a tough spot like Walker who would help you out? Who would cover for you lend you their pink scooter to get away? Who is your Big Joey or Reagan Summerside? 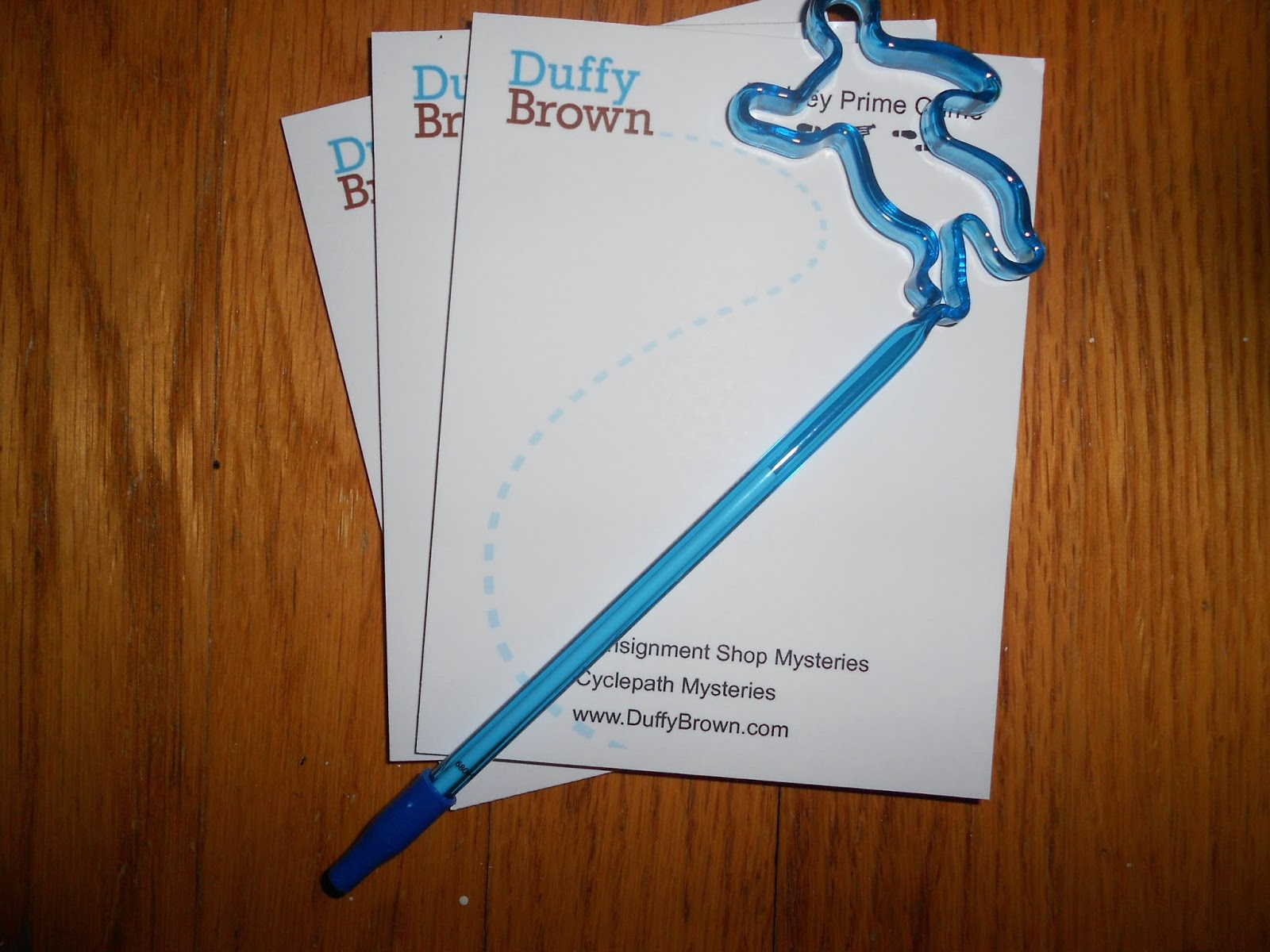 I’ll give away three and Dead Man pens from the answers. Nothing better than a BFF when the chips are down.

My answer to all 3 questions is my best friend Rachelle, who I've been friends with for 37 years!! She is always there when I need her, and she wouldn't hesitate to lend me her pink scooter. I sure hope Walker Boone doesn't wind up in prison with the nickname Princess. Thanks for the funny excerpt.

My best friend and better half would do all of the above!

I cannot wait to read this. I might possibly be obsessed with Walker Boone. And my dog, Lucy, wants to hear more about Bruce Willis.

The one person I am sure I can count on to help me would be my husband (who is also my best friend.)

Besides that, my friend Laura, who would probably lend me a turquoise Beetle (slug bug). We went to high school together and had some interesting adventures.

My husband, for sure, but also my best friend, who would step up in an instant, for all three situations.

My first husband and I had a '57 Ford Fairlane convertible, although I never had a chance drive it. They made good-looking cars back then!

I'm looking forward to this one.... I got one friend that would help me any way possible.... :)

Hi, Laurie! You are indeed lucky to have Rachelle in your life. When life goes off track it sure is great to have someone we can count on. Thanks for chatting.

Hi, Gram. Yes, a good mate is there through it all. Lucky you to have such a guy.

Hi. Alison. My husband was my best friend too. I am truly thankful for that. What a guy. Laura and you must have been a great duo. Nothing better than friends to get in and out of trouble with.

Hi, Karen. Oh, honey, a ’57 Ford Farilane is fantastic!! I think you should find one and get it for yourself. I want Walker’s ’57 red Chevy so bad I’m actually thinking for starting a search for one.We’ll do a road trip!

HI, Alicia. Thank you for the support, I really appreciate it. You are so lucky to have a friend like that…one who sees you through it all. We all need BFFs in our lives. Hugs, Duffy

I have no doubt your husband was a great guy. I am thankful you had that and I am thankful for my husband, because I never know how long we all have. He is looking forward to this book, too, by the way!

Down to Savannah! That would be a blast.

I would have to answer my husband and best friend to all the questions.
suefarrell.farrell@gmail.com

My best friend Rachel. She always always has my back, and has for the past 13 years. She lives clear across the country from me, but if I needed her, she would be here mockery split. ReadingMama922@gmail.com

Hi, Sue. You are lucky to have such a great guy in your life.

Hi, Debbie. It’s only geography that keeps you apart and that’s why there are airplanes. BFFs forever.

I'm sure my oldest son would cover my back, and friend Meredith Blevins. But you, Duffy, you'd give me the scooter for the get-a-way !! :) H (Airieanne)

Hi, Airieanne! You bet I would and we’d ride off into the sunset…or we’d just hide the body and be done with it and ride the scooter and go for dinner.

During the past year, an author named Duffy has been there to ask me how I was feeling, I've not met her but I would be there for her and as she has been there by writing for me. I do have a good friend in South Carolina who if she had the means would be here for me if I needed her. My was of saying thanks to Duffy.

For me, it would be my sister, Karen, who would be there for me. I know she would do anything I needed! I can't wait to find out more about Boone... cking78503@aol.com

I've been waiting for this book. Finally!

I know my hubby and my closest friend would be there for me but as I think of it, I can see my sons hustling me out of harm's way...while arguing over who got me into trouble in the first place.

Hi, Rachelle! You are so sweet and a wonderful online friend. You are in many of my Consignment Shop mystery books…I actually used your name…and every time I write your character I think of you. My fondest hope is that we meet in person and if you need scooter to get away from the bad guys I’ll get you one. Hugs to you, dear friend.

Hi, Chris! You are indeed lucky to have such an amazing sister. Lucky you. Have fun with Walker and Reagan. They sure are in a mess this time. Hugs, Duffy

Oh, LD what a great family!!!!!! You must have so much fun together and they are all there to help mamma bear. Wonderful. I so enjoy reading this. Hugs, Duffy

Thinking about this I realize how lucky I am. My husband would rush to the rescue and let me have his scooter (or prized sports car) - and he supports my book habit! I could also count on my friend Charlotte who has been my BFF for about 35 years, and all my kids and grandkids would rush to my aid as well.

You are one lucky gal, Grandma Cootie. What an amazing family. Makes me happy just to read your post. Hugs to you.

Fun post Duffy, thanks! My best friend would totally go on the run with me! And I need to read this book!

Hi, Alison. How lucky you are to have someone like that in you life. And you won a Dead Man Pen. Send me your address DuffyBrown@DuffyBrown.com and I’ll send one along. Thanks for chatting.

Hi, Aurian. Great hearing from you. You are so lucky to have a friend like that, someone who will take off with you or help you bury the evidence. Hugs, Duffy