NEITHER SNOW, NOR RAIN, NOR LACK OF GRATITUDE . . . 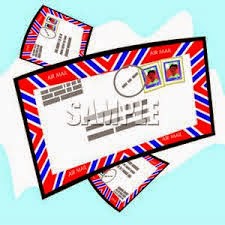 You’ve probably heard this saying before: “Neither snow, nor rain, nor heat, nor gloom of night stays these couriers from the swift completion of their appointed rounds.” It’s the motto of the United States Postal Service and a paraphrase of that motto is carved over the entrance to the central post office building in New York City.

What you may not know is that the original quotation is attributed to Herodotus (484– 425? B.C.) According to Bartleby.Com the actual quote is: “It is said that as many days as there are in the whole journey, so many are the men and horses that stand along the road, each horse and man at the interval of a day’s journey; and these are stayed neither by snow nor rain nor heat nor darkness from accomplishing their appointed course with all speed.”

The method of carrying messages Herodotus describes was a Persian invention that enabled the messengers to travel swiftly. We later called it the Pony Express. And the reason I’m bringing this up is that, in keeping with my New Year's Gratitude List, (see last week's blog) today I want to express a huge THANK YOU to all those men and women who deliver the mail in all kinds of weather.

This seems especially appropriate now as many across the States are struggling with frigid temperatures and heavy snow or dangerous ice, all conditions that keep some of us homebound. Not the postal carriers, however, nor, as a rule our newspaper carriers, who also deserve our thanks.

Usually we hear rants against the USPS but honestly, for the price of a stamp, one letter can go a long way. And one lone mail carrier can deliver an awful lot of those cheaply mailed letters, as well as a lot of packages. So next time you have the opportunity, say thank you. They, among many of our unsung heroes such as the nurses and doctors who bravely fight their way to hospitals, and the police officers and EMTs who must be on the roads during horrendous weather conditions, deserve our gratitude.

Who else would you like to pay tribute to today?

Thank you. I love our PO..come from a family of policemen and firemen, worked with EMT's as I am a retired RN.

Great post, Kate. So many government workers are unappreciated--social workers, police, fire, teachers etc ,and they al deserve our gratitude. Where would we be without them? And the brave men and women in the military...they all deserve a big thank you!

I hit the motherlode with you, Gram!

Glad you added our brave people in the military, Mary.

I always thank my mail man when he brings me a new book :)

The military, all first responders, the post office, newpaper delivery people and to PEOPLE OF PARIS for standing up for freedom of speech.
JeSuisCharlie

You have a great mail service. Our Canadian PS is phasing out delivery to individual homes in favor of neighborhood mail boxes. It's a sad day - wish I still have my mail carrier to thank.

Our military. I come from a long line of military folks and they don't get the respect they used to. My grandpa and mom were in the Air Force, met my husband while he was in the Army, then one son in the Army and other son still serving in the Navy at Walter Reed Medical Center.

LOL, Aurian! Thank him for me, too.

Oh, no! That sounds dreadful! I hope we never go that route.

I agree! My dad and my husband were military, as was my stepson, the army ranger that Marco was modeled after in my Flower Shop series.

I love my USPS Carrier. When I first bought my home 20 years ago, it came with Dave. He was the mail carrier on my route for 20 years. I had him for 5 years before he retired. He had the same route his entire career!! He knew every one by name. In the 20 years I have lived here I have only had 4 carriers. I make sure I know them and they know me. They get some token gift every holiday. And, they take good care of me. When I am not home, if they have a package, they bring it around back. They always make sure my vacation holds are done and my mail is always right. I love getting mail to my home. I was devistated when, to balance yet another deficit, they actually talked about stopping door-mail service, UGH. I am so glad they reconsidered. Mail to your door is one of those traditons I would hate to loose.

good educators - those who provide students with the means to advance in their schooling.

Teachers (my mom was an elementary school secretary and my dad was on school boards so we knew lots of them personally) and social workers who work with juveniles and aren't so caught up in the rules that they hurt the kids.

That is a neat tidbit about how you came up with Marco. I have wondered.

I'm also one of those people who appreciates receiving books in the mail. I wouldn't want to deliver the mail in the cold and snow. I think we have different carriers; the mail comes really late some days and earlier other days. One day recently the mail must've arrived around 5:30. Sometimes the post office makes mistakes by delivering mail to the wrong address. Sometimes it's to the right house number but to the wrong street! Last month a few days before Christmas we got a package from H.S.N. It was supposed to go to a different house. The last two digits were right, but the first two were 19 and our house number begins with 20. So far they're not paying me to deliver the mail to the right address, ha ha.

A neighborhood mailbox system doesn't sound good. They wouldn't give you big enough boxes for packages, and what if someone stole your package or other mail? Doesn't sound secure.