Lynley, the tuxedo kitten I adopted a little more than a week ago, has sure made himself at home already. For a baby who hadn't really played with toys before, we only had to work on that for about a day before he was totally into everything. It was as if he wanted to play with all the toys at once. 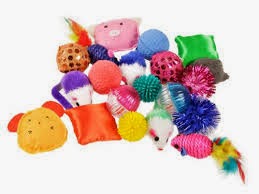 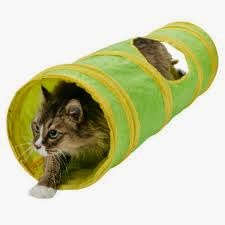 The biggest surprise is how our dog has welcomed this guy. Lynley jumps all over Rosie, the labradoodle. He wraps his paws around her legs, jumps on her, bites her fur, plays with her tags and Rosie just lets him. This is the first cat she has ever accepted and actually played with. It's very funny to watch.

Wexford isn't keen on the new kitten yet. But he now stays in the room, watching carefully, and has even gotten within a foot of the interloper. But he is not happy and refused to eat for two days. Jealous much? Oh yeah. But that was expected. He'll get over it eventually.

The first four or five days Lynley stayed pretty close to me, but now he's everywhere. RUNNING everywhere. It's so cute to hear him race down the hall to the litter box like a pre-schooler who can't hold it any longer. He stays in the guest bathroom at night because, well, I can't trust him and Wexford needs that time alone with me. Wexford is still my sweet boy, but he will never be an alpha. Lynley has already shown that's his job. But getting a busy kitten into that bathroom at bedtime is getting to be more difficult each day. He's like a greased pig and lightning fast.

The other fun things are ones I haven't experienced in a long time:

1. The sideways walk
2. The butt wiggle
3. Gulping food like he hasn't eaten in a week rather than about an hour ago.
4. Instant sleep.
5. The snuggling on my chest.
6. Clumsy attempts to climb on stuff resulting in hilarious failure. 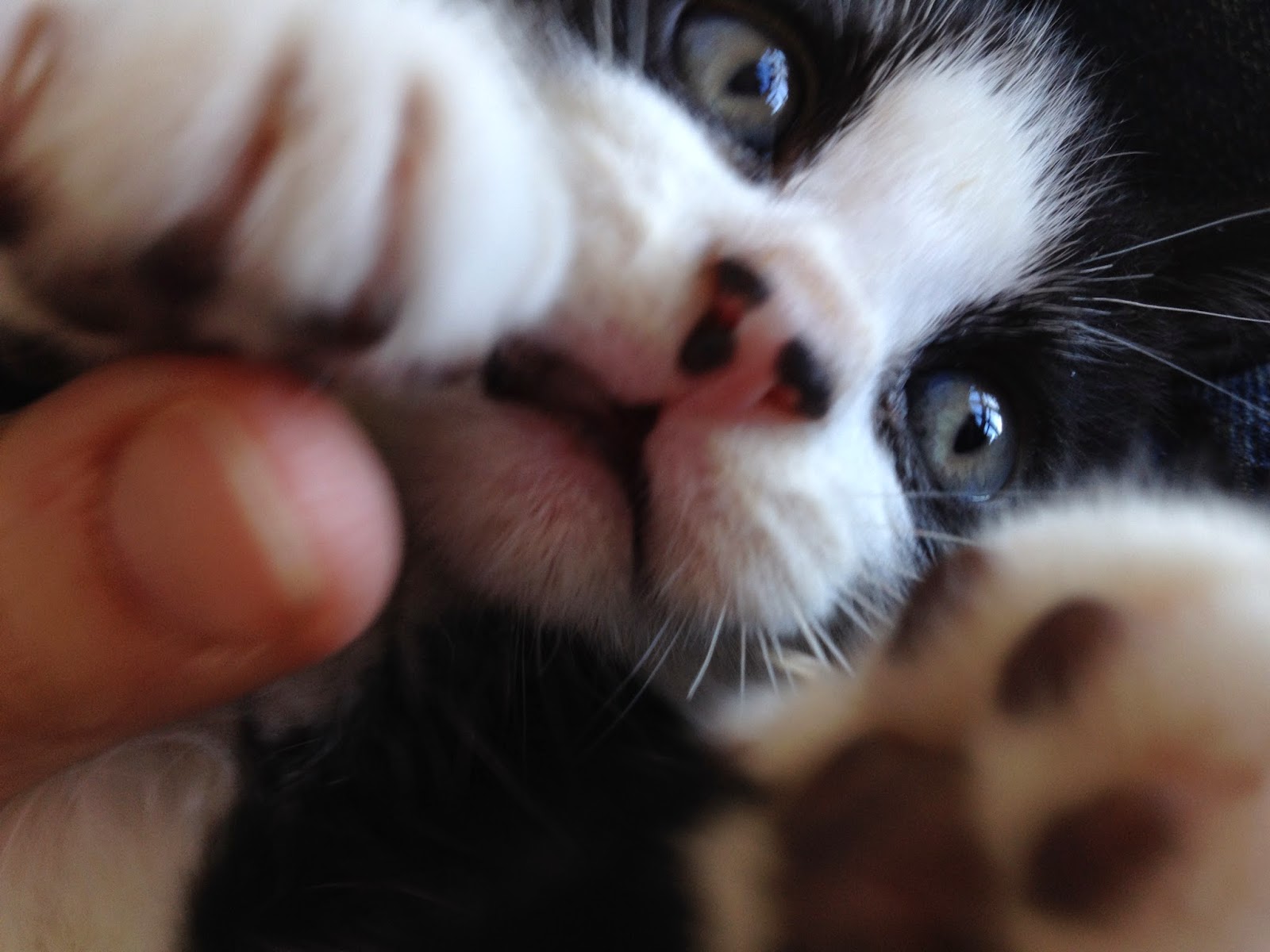 Yes, there has been a lot of laughter around here. What about you? What's the most fun thing about getting a new pet?
Posted by Leann Sweeney at 12:00 AM

Love getting Lynley updates. Kittens are just the sweetest, funniest creatures, and I love all the things you mentioned. I think it's great that Rosie has accepted him, since it looks like it will be awhile before Wexford lets his guard down enough to play. But he'll get there. In the meantime Rosie can help wear him out. It's good that Wexford gets his alone time with you. My Socks gets insecure when there are fosters here, and he will do a lot more kneading on me at night, but I make sure that he knows it is still his home and I'm still his person.

Enjoy your little bundle of energy. I look forward to watching him grow, and I hope that Wexford starts to feel comfortable with Lynley soon.

thanks Lynda. He is a bundle of energy and though Wexford wouldn't go to anyone but me for about 2 years, this guy loves everyone. He's so sociable and hyper and just makes my husband and me laugh throughout the day. Wexford is already in the room this morning so he's coming around. Who could miss out on all this fun? :-)

There is nothing cuter or more fun than a kitten! It sounds like he has made himself quite at home in your house. What a cutie-pie!

He's adorable, I'm so glad you adopted him!

He sure has Miss Merry. Nothing destroyed yet. I think that's coming with this guy. He's very busy. :-)

Thanks Mary. Adorable and bossy! :-)

Wonderful, Leann...so happy for you (and hubby)! Lynley will have Wexford joining in before you know it. :)

I volunteer helping pets and people find each other. My favorite fun part: there seems to be a point where both pet and person seem to realize they belong to each other, an instant bond.

I volunteer helping pets and people find each other. My favorite fun part: there seems to be a point where both pet and person seem to realize they belong to each other, an instant bond.

What a precious little kitten, Leann! Such a sweet, kissable face. How fun it will be to watch him grow and get into all sorts of feline mischief.

Thanks Pat. He is very demanding and Wexford's resistance is waning.

That's so true, Robert. I'd held several other kittens but when I picked up Lynley, I think we both knew. :-)

Thanks Linda. He is hands down adorable. And funny. And sweet. And busy busy busy. :-)

He is adorable, Leann! I love kittens (and hate allergies). The last time we had a pair of little calico kittens, they chased each other up the bedroom curtains, dislodging themselves, the curtains, the curtain rod and the fasteners. Good times. XOXO

It is fun and destruction is part of the game. But usually it's pretty hilarious destruction! :-)

What a sweetie he is, Leann! I thought about adopting a kitten but the shelter said they go quickly so I figured I'd give older cats a chance at a home with lots of love (even though the vet thinks both Honey and Onyx are only about two). I'm just so excited about my volunteer orientation at the shelter next Tuesday. I want to help as many animals as I can. ;)