I wish I were there!

I’ve been trying to get the forever shoebox of pictures in some kind of order. These are from back in the day when I actually had physical pictures to put in shoeboxes.

There are the usual pictures of the kids born, growing up, first day of school etc and then there are the pictures I inherited, stuff that happened before my time. Pictures are great, reminds us of what was but nothing beats actually being there. 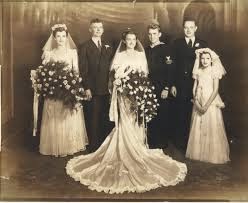 There’s this picture of my parents wedding. I wish I could have been at the wedding. They look so young and happy and full of life.

And there’s a picture of grandpa Angelo’s store on Canal Street when we had canals in Cincy. Wish I could have shopped there...and ridden on a canal boat. 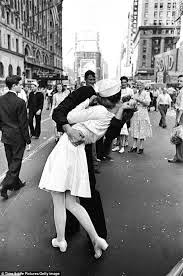 There’s a picture of my uncle coming home from WWII. I would have loved to been in NYC for that parade and been a part of the end of WWII. Maybe stand beside that sailor kissing the girl. Heck I would have love to be that girl!

And what about when Mr. Hershey made his first kiss! He had to know that was a game-changer. 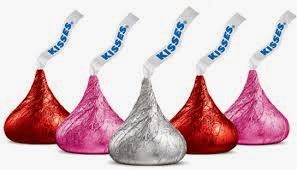 There’s a clipping of the first moon landing. I sure would have been neat to be standing on the moon too. Then there’s that newspaper clipping of the Titanic. I’m glad I wasn’t there for that one! 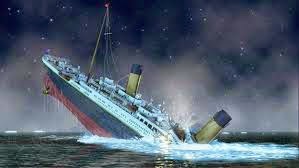 I would have like to have been in the shop or whatever when Gutenberg printed his first something on the printing press. I bet they all held hands and did the Snoopy dance ‘cause they had to know they were really on to something. 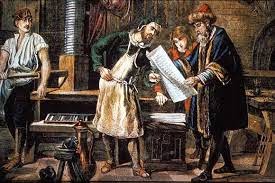 I know I would have liked to witness firsthand the signing of the Declaration of Independence. Talk about some brave dudes. High treason is dangerous business.

So what about you? Is there something you would have liked to have witnessed up-close and personal? Something you wish you’d been a part of? Maybe Adam and Eve in the garden…pack your fig leaf? Maybe pet a dinosaur? Maybe watch Babe Ruth smack a homer to left field? 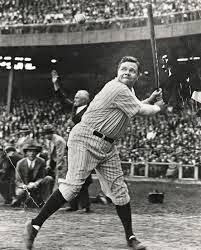 My parents wedding photo looks almost identical to yours. My mom has the same dress with the train spread out like that. What great memories

When I look back at old photos in our shoe box of photos at the times I wasn't born, I think how simple everything looks. I'm forever chasing the "gotta get this done" list and "not enough time" clock. It's not the events I wish I was present for, it's the longing for slowing down. Make sense??

Hi, Jill. They do look so happy. Another place in time for sure. I need to get the pic reframed and hang on the wall.

Hi, Tonya!!! Wonderful seeing you here. I’m not much of a looker-backer either but there are some events I wish I’d seen in person. There is always so much to get done now. If we just had a few of those 48 hour days, that would help. Hugs.

Duffy, I think I'd like to see Versailles "back in the day." It was wonderful to walk through the mansion and the gardens (with thousands of other people), but how marvelous it would be to go to a party there. Great blog!

Oh, Mary! Yes a party there would have been amazing. And the clothes…we’d look so lovely. :-)

My parents have the same type of photo of their wedding. I noticed that the backgrounds are the same or very similar, perhaps it was a standard photo studio backdrop. Smiling, Zena

WOODSTOCK!! I would LOVE to have been there!! Would loved to have met JFK. At least watched the Moon Landing. Oh, and I would have LOVED to have met Albert Einstein!!!

Hmm... Not Adam and Eve, but to witness Jesus' resurrection...that's a mind-blowing thought.

Hey Kelli Jo! Wookstock would have been so neat…what an experience. I was in high school during JFK years and wish I would have gone to DC to at least see him. I was a fan.