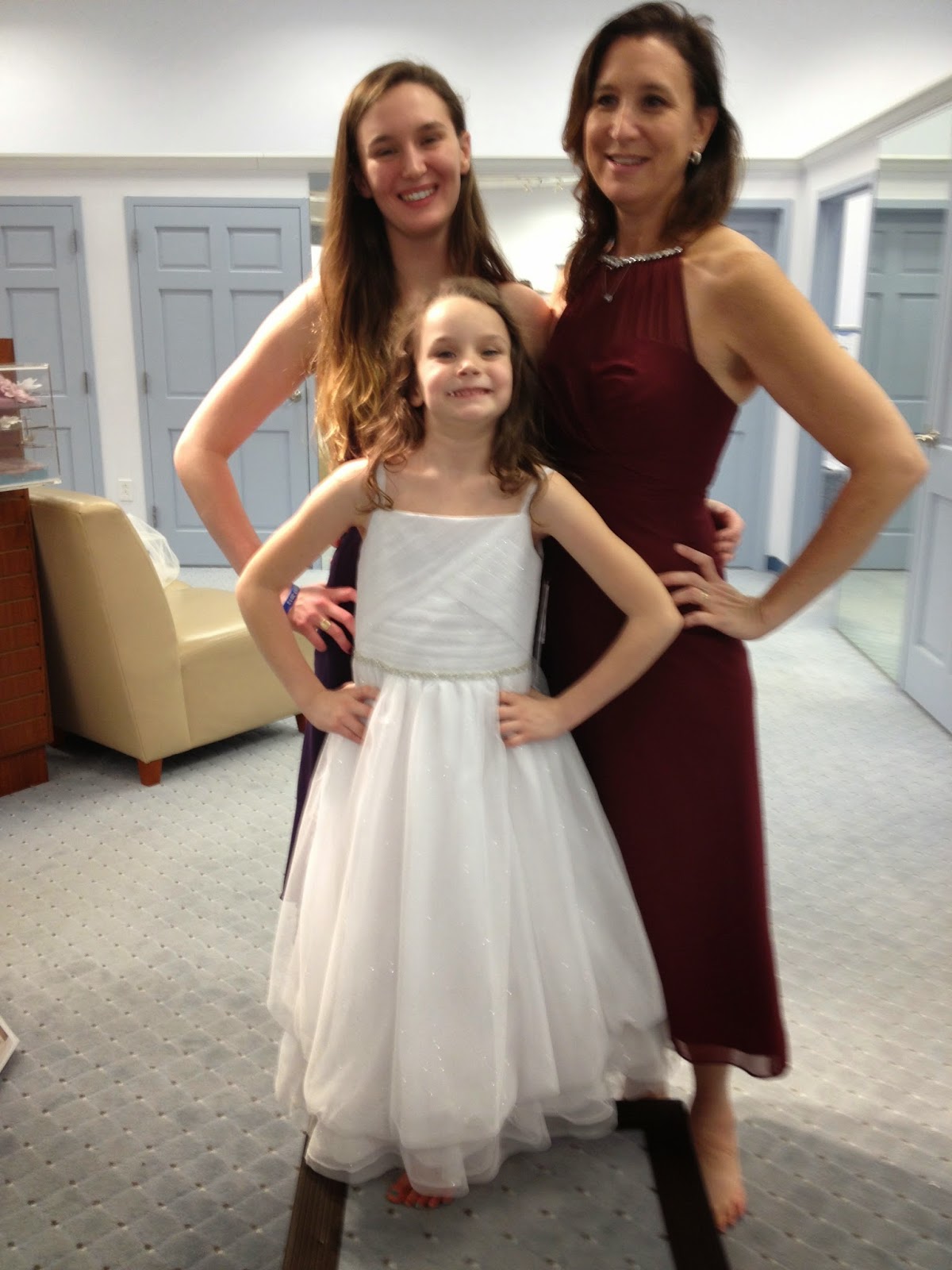 At last!  After three day-long trips to department stores and bridal salons in Northern Colorado and Denver, I finally found a "Mother of the Bride" outfit I like.  :)  It's a good thing I actually like shopping and going into stores and salons and talking with personnel.  If I didn't enjoy the experience of "The Hunt, " I would have thrown in the towel after the first couple of days.  But I had a certain type of outfit in mind, and I was determined to find it.  So, there's a lot to be said for Tenacity. 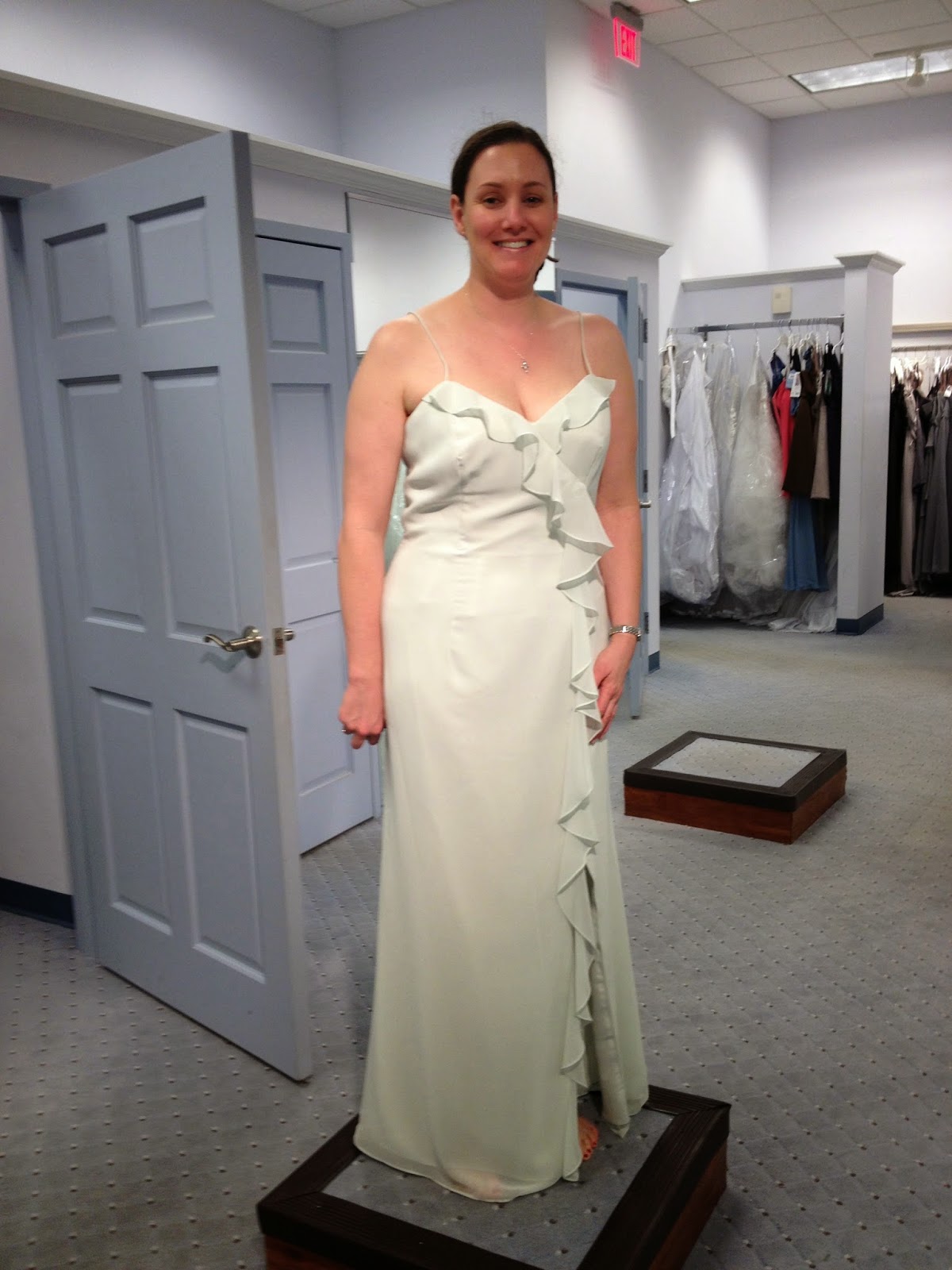 In case I haven't mentioned it before (she says, smiling), my daughter Serena is getting married this coming April, consequently I had to begin The Hunt early.  Wedding, bridesmaid, and Special Occasion dresses take several weeks to be delivered after ordering.  Since it had been 25 years since daughter Christine's wedding, I completely forgot about those all-important "deadlines" that occur when planning weddings. 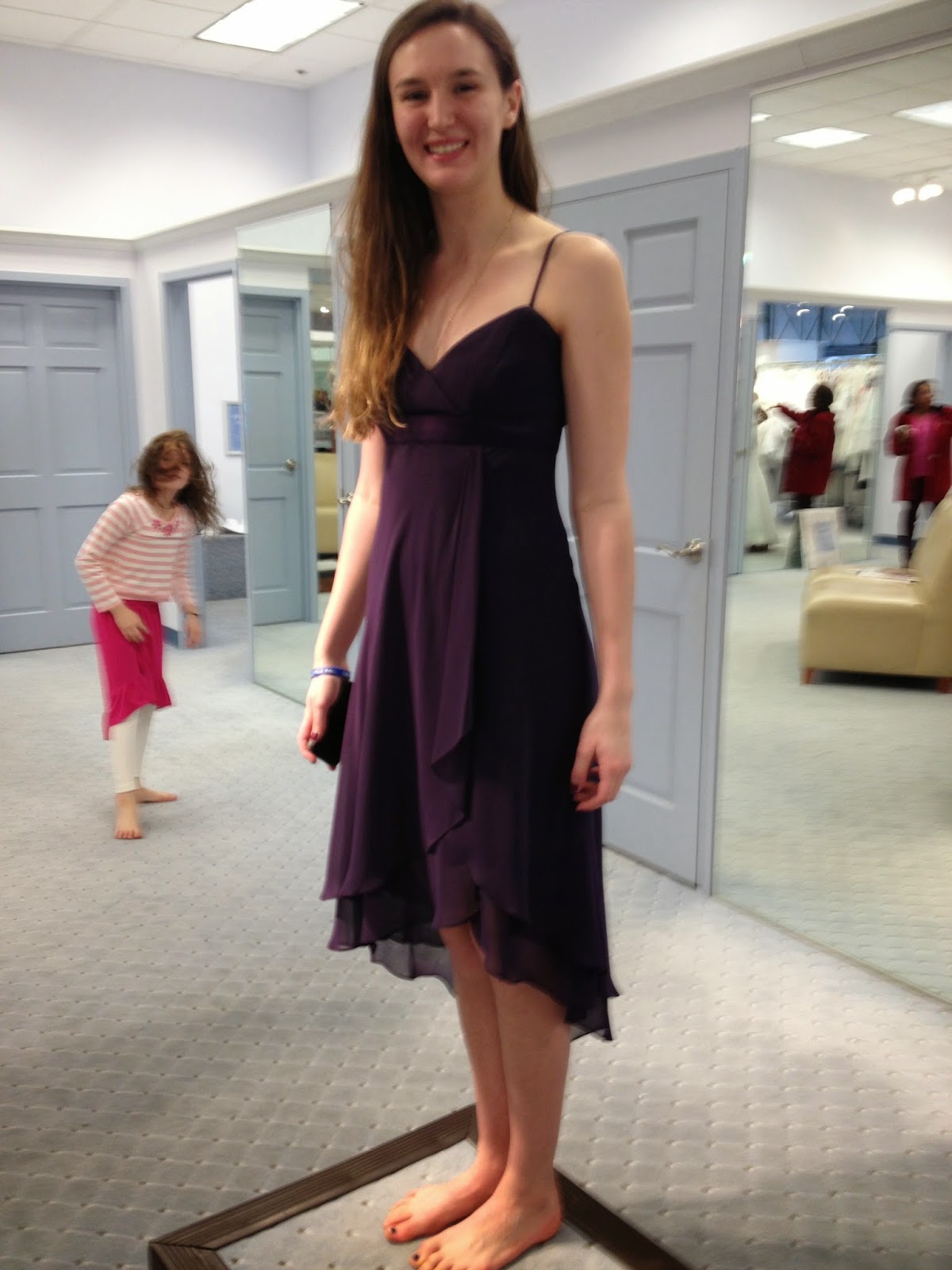 I had a re-introduction of sorts right before Christmas when I was back in Northern Virginia with family.  Daughters Christine and Maria plus my 16-year old granddaughter Natale had made appointments at an area Alfred Angelo bridal salon to try on bridesmaid dresses.  And youngest granddaughter AnaSofia got to try on Flowergirl dresses, too.  It was great fun to watch.  :)


Bride-to-be Serena told her three sisters (Christine, Melissa, Maria) and niece Natale that they could each choose whatever style they wished, but the colors all had to be Claret (wine).  You can see from these photos I took that each one of them chose a different design.  Some long, some short.  Daughter Melissa in Manhattan just ordered her dress but she hasn't let on which one she chose.  (Granddaughter Natale---right)

Serena is also keeping her wedding gown a secret, but I will get an early peek when her first fitting is scheduled, perhaps in early March in Texas.  As for my Mother of the Bride dress, I promise I'll post a photo once it's ready.  But, I can tell you this. . . it's Cherry Red.  :)
Posted by Maggie Sefton at 12:00 AM

All the dresses are lovely and I love the wine color. Can't wait to see your dress and of course the wedding gown. Such exciting times. Glad you are having fun.

That is neat that you have four daughters. That must make planning a wedding extra special.

These are lovely pics. I need to find something for the two wedding I have coming up this year. Hate the thought! I guess jeans are out and that means pantyhose. Oh Lordy.

I am glad you had such fun, and I wish your daughter lots of joy on her wedding day. And yes, I want to see a picture of your clothes as well!

Oh, it does, Cathy. It was SO much fun watching all the bridesmaid dresses selection "process" --- plus flowergirl dresses.

Thank you, Aurian, for those lovely wedding good wishes. And I promise I will post a photo of my red Mother of the Bride outfit.

You have lovely daughters and granddaughters! The claret color is great! Looking forward to more pictures!

Congratulations on finding your mother of the bride dress. I am still looking - Wedding is end of May. The ceremony will be in their back yard and the bride is wearing a cocktail length dress, so I need something casual, which actually makes it harder!

Your blog seems interesting. I do have a similar blog Catering services in Kerala

Hey that's great..Enjoyed seeing these pictures of your wedding..I love the wedding gown