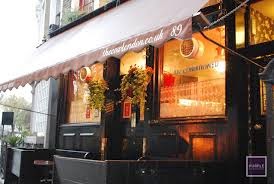 I stopped by a women’s clothing shop near where I live the Saturday after Thanksgiving, expecting to see hordes of consumers grabbing sale items off the racks.  Not so much. In fact, it was me and one other shopper. So I struck up a conversation with the owner and learned that the post-Thanksgiving rush she was expecting had failed to materialize and she was hurting. Yet the big box stores had lines out their doors.


This clothing store, where I found not only a great sweater for the holidays but also my next booksigning outfit, carries some of the same lines that Nordstroms does, except that there’s no traffic congestion to fight, no exorbitant parking fees to pay, and no sky-high sales tax (thank you, Chicago Powers That Be, for making shopping downtown such a painfully expensive experience.)  So where are the buyers? 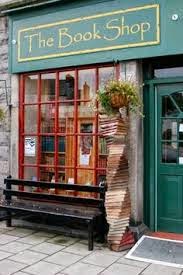 Shop Local is a big theme these days, as we see more and more small stores close their doors because they can’t compete with BIG CHAINS.  We all believe in it, but how many of us do it? And if you don’t, why not? Do you believe their prices are too high? (See above rant on Chicago.)

I still bemoan the loss of independent booksellers, nothing against Barnes & Noble, by the way. It's just that now they're the only game in town -- and what if digital stores put them out of business? I also  bemoan the loss of the men’s clothing store in town that just closed its doors.

I truly believe there is room for everyone, but that works only IF we support the small shops, too.

So what do you think the problem is? Price? Service? Perception? People’s mindsets being conditioned to think only INSIDE the box stores?  Does shopping local work in your city? And lastly, how do we get people in their doors?

I shop local throughout the yr, avoiding box stores and on line shopping when possible to support the small business owners and the community. I avoid Black Friday like the Plague and have written to those retailers who are so greedy as to open on Thanksgiving. Guess I'm just backwards but I keep working on my DH to visit the little guys as much as possible and to use cash when able to save them the card fees.
KATE c

I love supporting local businesses and shop there as much as I can. I want to see their stores grow and thrive!

I've had a push to be more aware of this lately, as we had a big kerfuffle with the zoning board over allowing a GiantMart to raze the quiet zone behind our local Methodist Church (and disabled adults' home) and put in a new store to compliment the two other GiantMarts within 3 miles. We won, but it made me commit to shopping local whenever possible.
Our neighborhood pizzaria is delicious and only a hair more expensive than the chains, which is more than offset by the fact that the ingredients are much fresher.
Our neighborhood hardware store has many specialty items for the vintage/historical homes in the area.
I just discovered a women's clothing boutique that actually has stuff I like (I'm not usually a boutique type).
Our neighborhood grocery has an amazing selection of craft brews and wine, but the produce is awful.
I think the biggest cultural trend harming local businesses, is that shopping local is relational. You have to get to know the people, and they will get to know you. You are also dealing with a curated selection of merchandise, so you have to consider which store will carry what you are looking for.
Our virtual-electronic culture favors anonymity, homogeneity, excess quantity as well as overwhelming choice, and thoughtless consumption.

I try to shop local as often as possible. But, in speaking to friends about shopping local....they never think of it. I think for many people it is always about the bottom line. But, I still talk up the shopping local idea. It only takes a tiny leak to take down a huge damn. It may take longer, but we need to be that tiny leak.

Having a business background, and having lectured to people who had/aspired to have sewing-related businesses for almost 20 years, I know that shopping and buying local is imperative to the economic health of any region. I try to shop at small local retailers whenever I can.

However, I recently went to the holiday gift show here in town. There were hundreds of booths there, all selling "holiday" merchandise. In the past I was able to find a lot of unique, often handmade gifts for family members and friends. This year I would say 75-80% of the stuff in the booths was cheap junk from China. It was disappointing. I realize that it would be tough to compete with the big stores without resorting to buying the cheapest stuff, but it's also imperative for stores to market themselves so that potential customers understand the difference between what they offer and what the competition offers.

Me, too, Kate. I agree with all of your statements.

Imagine if the only places we could shop were big box stores. AAACK! Corporate America would rule.

You hit the nail on the head. Personally, I like getting to know the sales staff at a smaller store and having them call me by name. Doesn't everyone want a place where "everybody knows their name?"

You bet we do. When I started telling my friends and neighbors about the women's boutique mentioned above, most had never been there.Some didn't even know where it was, and yet when I mentioned the restaurant next to it, they all knew where that was!
Sometimes parking is a problem for downtown areas and that's where the city or town has to step up and make parking easy.

Absolutely, Karen. I go into a local shop to find unique items not cheap stuff from China or the like. It's why I love craft/air fairs. And why I'm a big fan of Etsy! It's great to see people selling their homemade items and making a profit.

I believe in shopping local but I am not much of a shopper in general. Our little town has few stores. I shop fairly often at the grocery store for their fresh meat, and sometimes will need to grab something more and don't want to spend the time or gas to go out of town to a Big Box Store. Coincidentally, Kate, I recently talked a friend into letting me bring flowers from our local flower shop rather than stoping off at a Big Box store to grab a bouquet on the way to an event. Lately, I've had the local floral shop arrange to send things to an out-of-town funeral rather than using FTD. We have antique stores here and I don't have a lot of need for that. Appliances are tricky and I've gone both ways due to pricing and brands offered. I absolutely try to help local businesses although I have an eye on my pennies, too. I think the nonprofits need support and attend library events and support my town's museum, too.

That would be spelled "stopping." lol

It helps when parking meters are free. Wellsboro which is our county seat started First Fridays so people would come and shop. I went to my favorite bookstore and they gave out a tote bag is you spent a certain amount.

Here in NYS Capital District we have a mix of big box/mall stores and small independent stores. And, we are lucky to still have dowtown areas in both our larger cities and smaller towns all over the greater Capital Region. I love "downtown shopping." I love the idea of walking along the side walks and poping in an out of stores, or just window shopping. And I do love craft fairs too; I always find something to buy.
But, the weekend after Thanksgiving I stay home and avoid all stores. The sad thing is the stores only open because that is what the people want. Seeing the stores packed on Thanksgiving Day is so sad. A friend, who is a manager at Macy*s, said "after the dinner is over what else do you do, you might as well go shopping." UGH! Why not stay home, watch a movie, play a game or just TALK. I love to shop, but I could never sacrifice one holiday for another.

What I find odd is that the shopping malls are dying. The economic forecast for them is very poor. I do not go out on Black Friday because that is not the way I shop. I live in a small town now, but am moving to a larger town. I am rather disgusted by the fact the Barnes and Noble store is attached to the a Mall. I will have to reacquaint myself with the local shops. I really wish someone would open an indie bookstore (focus on mysteries of course), I am not a great clothes shopper, never have been (after I left my teens). But I do love small shops for the surprises they hold and some of the great gifts you can find. However, I am addicted to Target at times. Sometimes the internet is also too tempting. Easy shopping and it comes to my door.