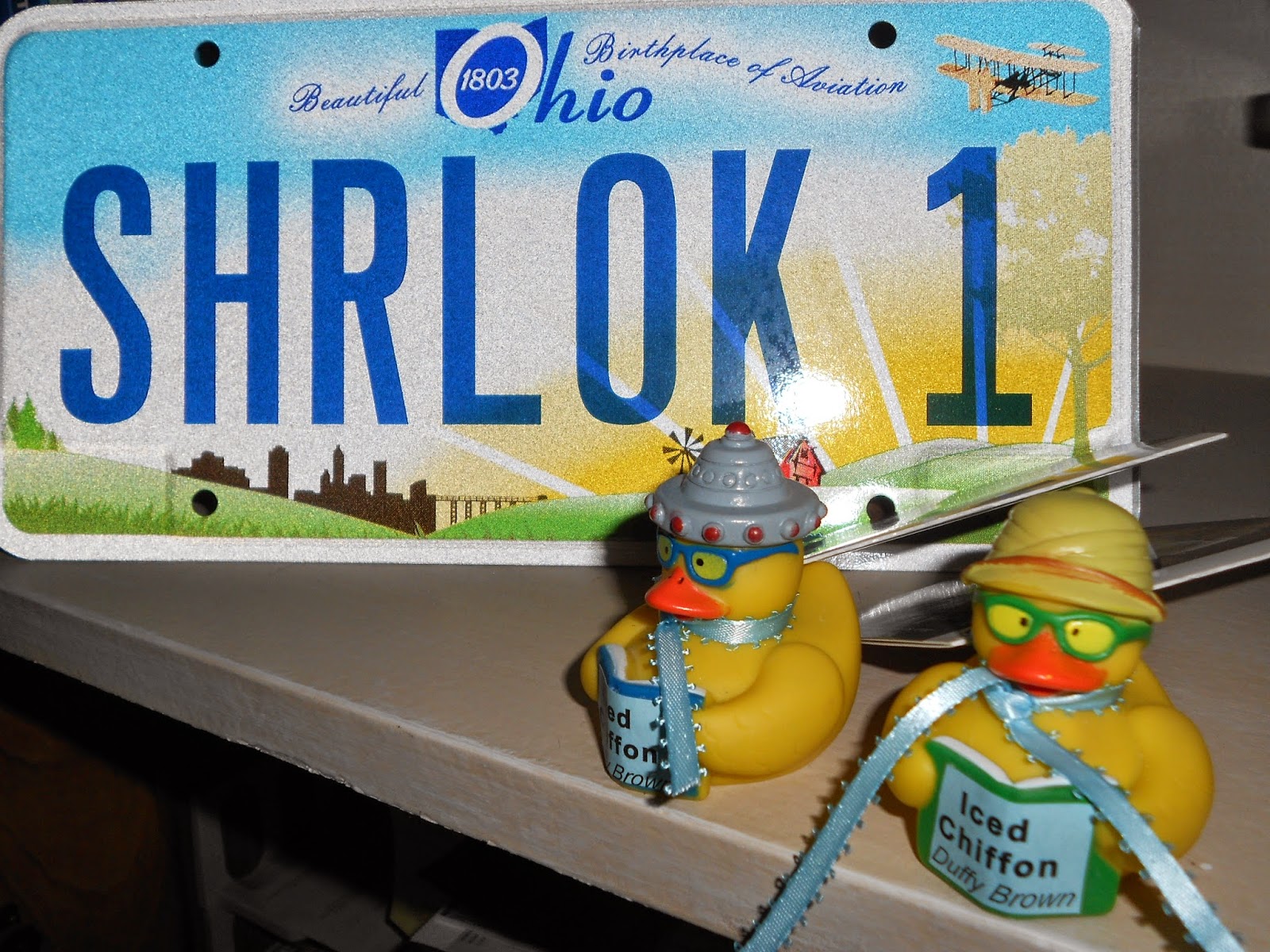 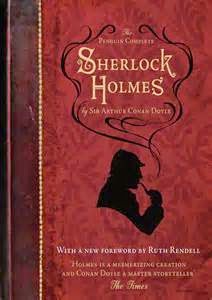 I read Sherlock as a kid but the real love affair started with the new BBC series Sherlock played by Benedict Cumberbatch and the best Dr. Watson ever played by Martin Freeman. 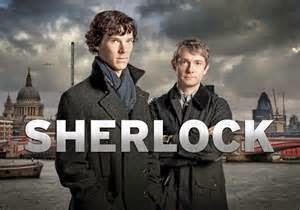 Dr. Watson in old movies is often kind of a stupid guy. He’s a doctor so he’s intelligent but not all that clever. Not so with the new Dr. Watson. He’s smart and clever and a perfect match for Sherlock.

The thing with the new Sherlock series is that they brought it into the 21st Century. I thought I’d hate this but the writers and produces did such an amazing job of making Sherlock true to his character.

And the stories are a take off of the original ones. A Study in Scarlet became a Study in Pink. The Sign of Four became The Sign of Three. You get the picture

But enough of the new Sherlock there is still the magic of the old Sherlock to consider. What is amazing to me is despite the old-fashioned language and pace the stories have stood the test of time and are still captivating. IMO it's not really the mystery that’s the draw but the character of Holmes himself. 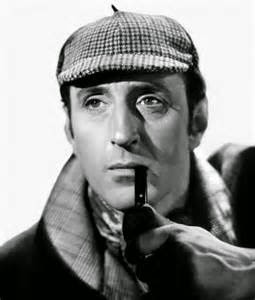 It really is amazing that a character such a product of his times can be still so intriguing over a hundred years later. Sherlock is a super-hero in many ways but also an enigmatic and flawed hero which makes him so intriguing.

So, are you a Sherlock fan? Think you know your Sherlock? Here’s a little Sherlock quiz.
Sherlock questions:

What instrument did Sherlock play?
Where did Holmes live (Do you know the address?)
Who was his sidekick?
What was the first Sherlock Holmes book?
Name of his brother?
Name of his nemesis?
His one love interest? 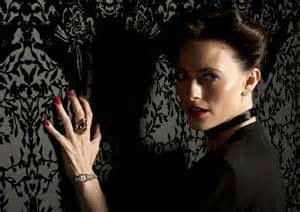 What did he take up when he retired?
Author of Sherlock Holmes?

So, how did you do?
Are you a Sherlock nut like me? 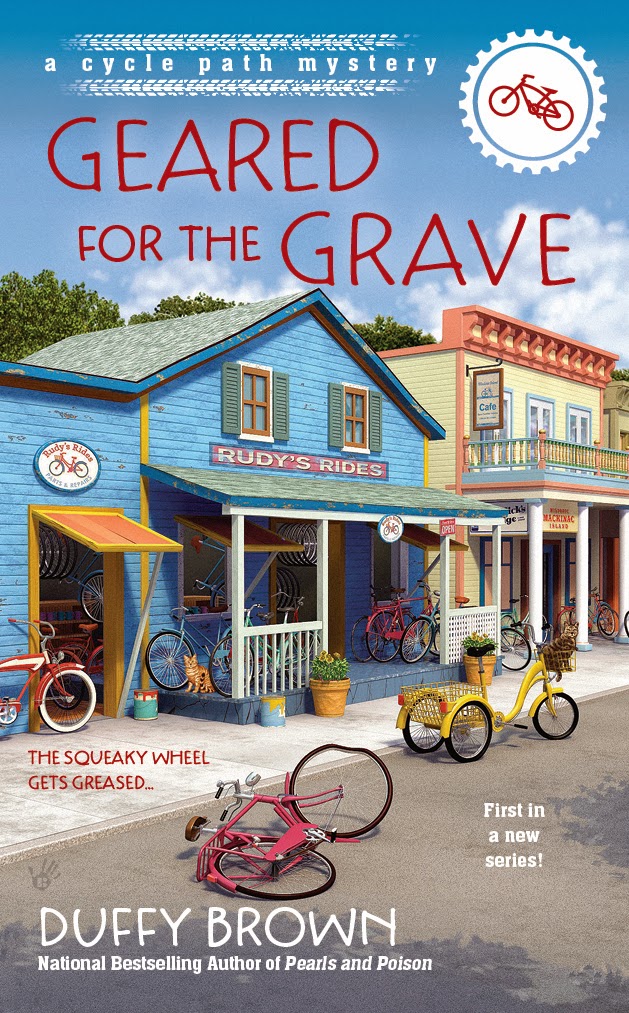 Where biking takes a deadly turn

Shakedowns cover-ups and big fat lies keep bodies hidden on Mackinac Island and bike-riding tourist oblivious to it all.

I loved Nigel Bruce as Dr. Watson and Basil Rathbone as Sherlock. I like Benedict Cumberbatch too don't get me wrong but my heart belongs to the old Sherlock and Watson I discovered a few years ago...

I love everything Sherlock! I like Elementary and the Brit's Sherlock, I loved the Young Sherlock movies, and the old black and whites!
Violin (me too), 221B Baker Street, Watson, A Study in Scarlet, Mycroft, Prof. Moriarty, Irene Adler, beekeeping, Sir Arthur Conan Doyle!!!

Sherlock nut, definitely. I also like the German series (well, 6 episodes) they did in the 1950s, because they weren't allowed to just dub the British one with Basil Rathbone (which I love, too).

I love the new BBC series (Sherlock), but I never really got into the new US series (Elementary). That could be me, though. I like how they managed to transport the characters into modern day settings.

Yes. I also love Mary Russell. I know it was Irene Adler, but I think Laurie R. King's series is great fun. Since all the reviews are so good for the TV program, I may have to watch that also.

I know his sidekick was Dr. Watson...and I would LOVE to know what he took up when he retired. I can't even hazard a guess, I'm thinking maybe something that used his investigative skills? Great blog, Duffy and happy release day for GEARED TO THE GRAVE!

I have never read any sherlock books. I perhaps I will this winter. I have so many unread books in my Nook and Kindle. I just wanted to tell you that my Daughter in law (when single) named her dog Sherlock. He is a Black Lab but getting old now. They also have a yellow Lab named Trooper..

I never thought I'd love anyone as Sherlock as much as I loved Jeremy Brett, but Benedict Cumberbatch is mesmerizing.

I know all the answers so I guess that makes me a Sherlock nut!

I fell in love with Sherlock so many years ago too. Always holds a special place in my heart for sure. What fun! Like finding a BFF.

You are good knowing all the answers like that. Love that Sherlock retired and was a beekeeper. Go figure. LOL

Hi Cay. I can’t get into Elementary either. A woman as Watson never did it for me and Sherlock is just too weird. I love Cumberbatch…I’m what they call a Cumberbitch. I can’t get enough of the guy. LOL

Mary Russell on the BBC version is really Michael Freeman’s wife in real life. I love that. No wonder they are so good together. If you haven’t seen the BBC version you have a real treat in store. It’s fun and smart and the acting and story lines are fantastic. Let me know what you think.

Hi, Mary. Sherlock became a beekeeper! Never saw that one coming. LOL Thanks for the congrats on the new release. Sure is fun.

Sherlock the dog! Love it! Try watching the BBC version of Sherlock with Benedict Cumberbatch. A great intro to Sherlock. Let me know what you think. Hugs, Duffy.

Hi, Harbinger. I am right with you…never dreamed I’d love Sherlock the new as much as I do. Cumberbatch is fantastic in the role and Freeman as Watson has great chemistry. What fun.

Did you get to the Sherlock exhibit in Columbus? It was a ton of fun and there was a crime scene to solve. I thought of you when I went!

Jeremy Brett was my favorite Sherlock.

Thanks for the marvelous book bag, Duffy. Off to the library to drop off some promo bookmarks and show off my new "GEAR" ��
Love everything Sherlock. Judy D.

Congrats on the new book (and series!) Duffy! What a great post.

I so needed to do this and didn’t. Darn. I heard it was totally amazing. Lucky you!
Thanks for thinking of me. :-)

Hi, Judy. So glad you got the tote and thanks tons for helping to spread the word about Geared. I am so with you on the Sherlock thing. Cannot get enough!

Thanks Mary Jane. Sherlock is always a fun topic. So many versions to talk about.

Not sure where to leave the post for Geared For the Grave. Rafflecopter wouldn't let me leave it on the entry form. I avoided eye rolls by having dinner ready when my folks got home from shopping on Saturday. My mom didn't drive, we had six kids and I wanted to stay out of everyone's way. LOL Always the good girl