Love Where You Land

When guests come to town there’s always the question of what do we do that’s truly and unique Cincy, something that we have here that they don’t have in their neck of the woods. 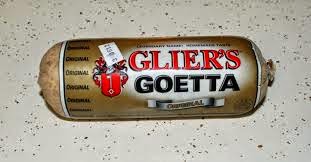 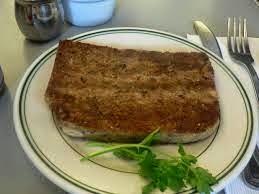 First off there’s goetta for breakfast. Goetta is German ‘cause Cincy is oh so German. It’s a combo of pork and oatmeal and spices and sound gross and everyone loves it. My husband used to make it and with a name like Kruetzkamp it was part of his genetic makeup.

Cincy also has great barbecue. I know, I know, everyone has barbecue but there’s this place called Montgomery Inn that has fantabulous BBQ so we always take guests there for dinner. 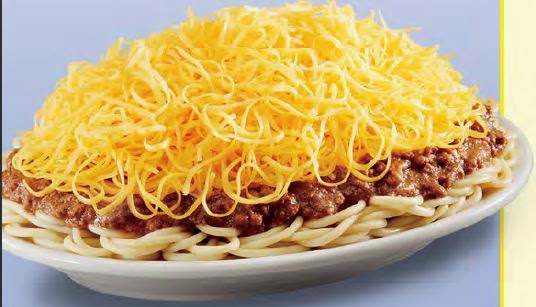 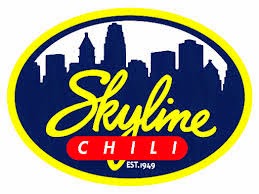 Cincy also has Skyline Chili not to be confused with Texas chili. This is spaghetti topped with chili sauce (special secret chili sauce to be sure) and topped with shredded cheese. This is affectionately called a three-way and an acquired taste. It is a Cincy tradition to take your offspring to Skyline for his or her first three-way and get a pic of the occasion for the family album. 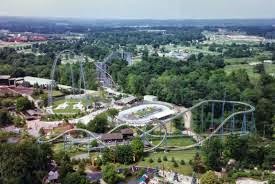 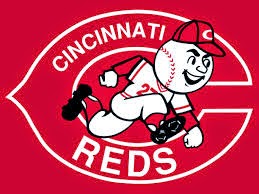 We also have the Cincy Reds for baseball so we catch a baseball game at the Great American Ballpark that is really just that...a bit of new and a taste of the old. And we have King’s Island an amusement park that is a ton of fun and there’s a Purple People Bridge that connects downtown Cincy to Northern Kentucky and only for pedestrians. 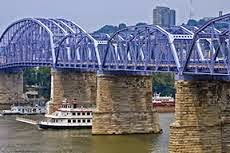 We also have a place called OTR...Over the Rhine that is now the hip trendy place of micro breweries, eateries, art galleries, and a city market called Findlay Market that’s been around for about a hundred and fifty years or so.

And we have a terrific symphony and playhouse in the park and we have the Cincinnati Bengals that are always fun to watch…usually. 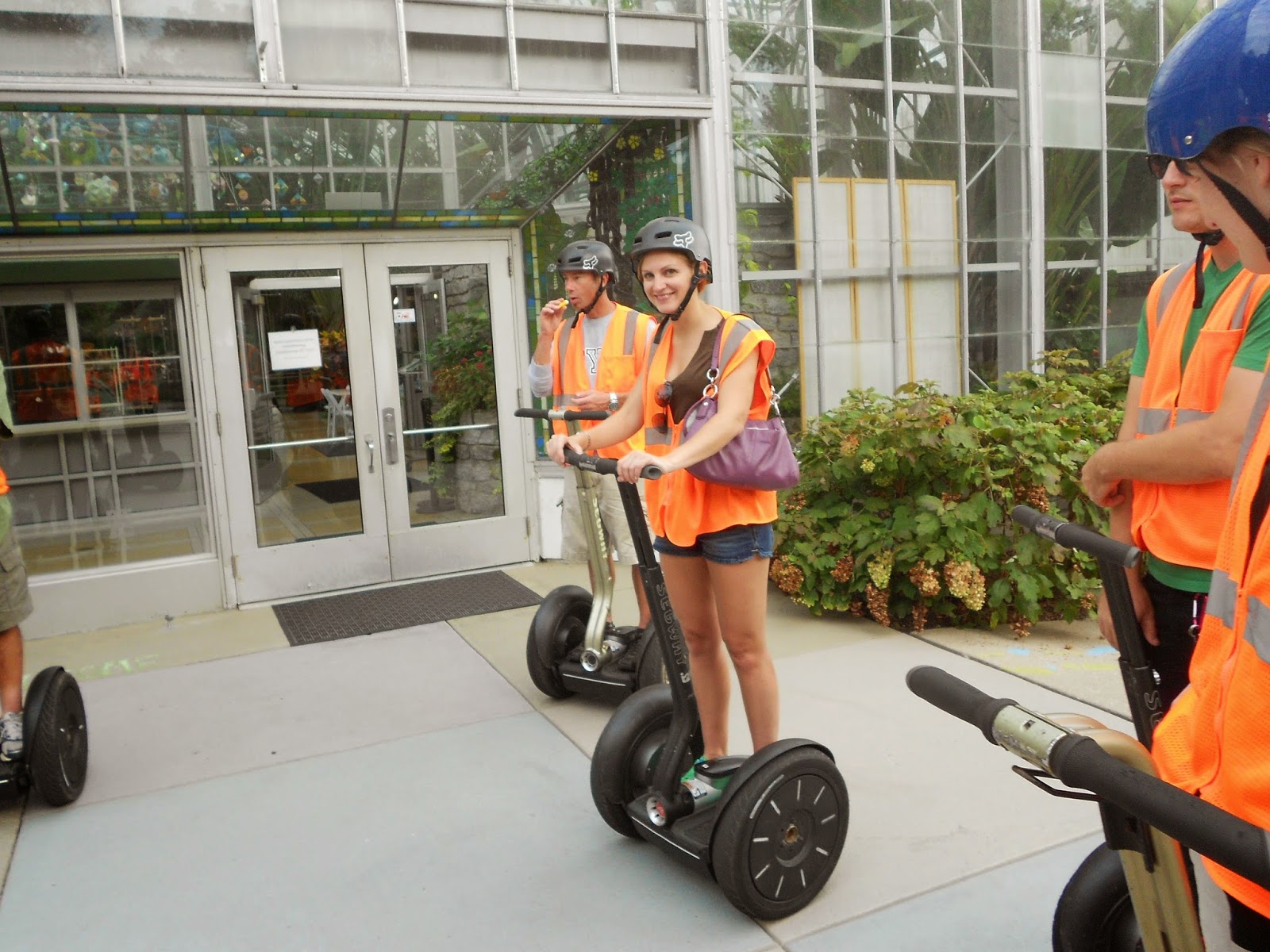 To give guests a taste of all this I take them on a Segway tour of the downtown area of city where you buzz around on your Segway and you can see all that I talked about here in about ninety minutes. I looooove riding a Segway! It is so much fun!

Next week I’ll take you on a tour of Mackinac Island complete with map. You can see where Evie Bloomfield has landed after she leaves Chicago and winds up on the island of no cars, no malls, not much wifi, cell service and lots of bikes, horses and fudge and dead bodies.

So here’s the thing, if I came to your neck of the woods where would you take me? Where would we go so that I got a true appreciation for where you live, the heritage of your city?

Love where you land!

Have a good day.
Hugs, Duffy

Your Goetta sounds a lot like scrapple, which I love.

I love visiting Cincy - my husband is a big REDs fan.

If you came to St. Louis, my adopted town, we'd go to the arch, Ted Drews, and probably some restaurant that serves gooey butter cake. Maybe Italian on the hill.

I make a pretty good Cincinnati chili from a recipe I found in a mystery writer's cookbook. I am, however, a 4-way person.

Since we live in the same town, I'd add Graeter's ice cream, especially black raspberry chocolate chip, and a visit to the Art Museum and to Fountain Square.

I'm the official tour guide of our family, and like to also take people to at least a couple of the many scenic overlooks here: Alms Park, Mt. Storm Park, Mt. Echo Park, Playhouse in the Park.

Hi, Lynn. I looove the Arch! it is indeed amazing. St. Louis is fantastic. Lucky you!

Oh yeah, gotta have the onions! I just love Skyline. Lucky you to have found a recipe.

Yes, Graeters!!! I send 6 pints to my editors etc in NYC when I have a new book come out. They are not Graeter fans too. I love playing tour guide in Cincy. Such fun.

I Angie. I think that would be so much fun to be driving along in one of those big trucks. And the places you go are fantastic. I love roadtrips and that has to be the best roadtrip ever.

I hear Portland is amazing. I’ve never been but it sure is on my bucket list. What a lovely state…God’s country for sure. Lucky you!

I'm in Chicago and I'd take you for a ride on our "el" -- elevated train -- to get a view of the various neighborhoods.

If you visit NYS Capital District, the Capital Building and the Empire State Plaza is a must see. We are made up of 4 very unique counties (Schenectady, Albany, Rensselaer and Saratoga) so a day in each is a must. And as far as I am concerned we have the best food in the state.
You know I love THE CONSINGMENT SHOP MYSTERIES, so I can't wait to read the new CYCLE PATH. I already pre-ordered DEMISE IN DENIM!! And I love the cover art.

When in St. John's in the province of Newfoundland and Labrador, you will visit the harbour where the Pilgrim Fathers visited before continuing to Plymouth Rock. In the oldest city in North America, you can climb Signal Hill to Cabot Tower where Marconi received the first wireless message or look over the ocean and watch whales. You can spend the day at the Royal St. John's Regatta, the oldest sporting event in NA. Dine on the freshest sea food at some of the finest restaurants in the world. Oh so many things to do and see. Not just in St. John's but in our beautiful province. And by the way, our white puddings sound similar to your goetta, yum

I live in Beaumont TX. I would take you to Gladys City. It is a replica of a small town built at Spindletop, the first oilfield in Texas. We also have many museums in the area showing the history of the area. We would go into the Big Thicket for a lovely walk in the woods. Then down to the beach for a swim in the Gulf of Mexico. We would go to Al-T' s for delicious seafood.

Montgomery Inn does have some great barbeque!

Hi, Georgette!!!!! I love Chicago. What a great art museum! I’d love to ride the el. That sounds amazing and we can go shopping. :-)

Hi Margaret! Wonderful hearing from you. I’d love to visit those places with you, we’d have so much fun. IMO the best is having lunch with a friend. Maybe one of these days we can pull this off. :-)
So glad you’re having fun with Reagan and gang. You sure make me smile. Hugs, Duffy

Oh, Diane, I’ve always wanted to see OSV! What a fun trip that would be and Mystic Seaport! I’ve seen pictures and it looks amazing. You live in a lovely are. Lucky you. So pretty!

Oh, Jocelyn, this sound like a fantastic trip. Sure makes me what to go to go back to Newfoundland! We spent a day at St. John’s. We were on a cruise and we rented a car so we could drive inland. You truly live in God’s country. It’s just lovely. We didn’t see all the things you mentioned but the views of the water were amazing. It’s like a picture postcard.

Oh, Lynn, you make me want to visit Texas. I just love that state. So big!!! I’ve never been to Beaumont but have added to my must-do places. The Big Thicket sounds like a great place to set a murder mystery. LOL.

HI, Alicia. Yes, Montgomery Inn does it right! Just writing about me makes me want BBQ for dinner. LOL.

I am looking forward to seeing Mackinac Island. Thoroughly interesting article. I am originally from Central IL (Normal) and am so glad to be in So. FL. I had enough. When I had hot flashes my bones hadn't thawed out from the horrendously cold winters and I went through it WITHOUT a/c, truly. Blessings, Janet

Oh, JKW! I hear you on the loving Fla part. Spent the last three Christmases in Fla and loved it! What a totally fun state. Too funny on the hot flashes. And they go on for years and years. UGH!