Who Are You People? 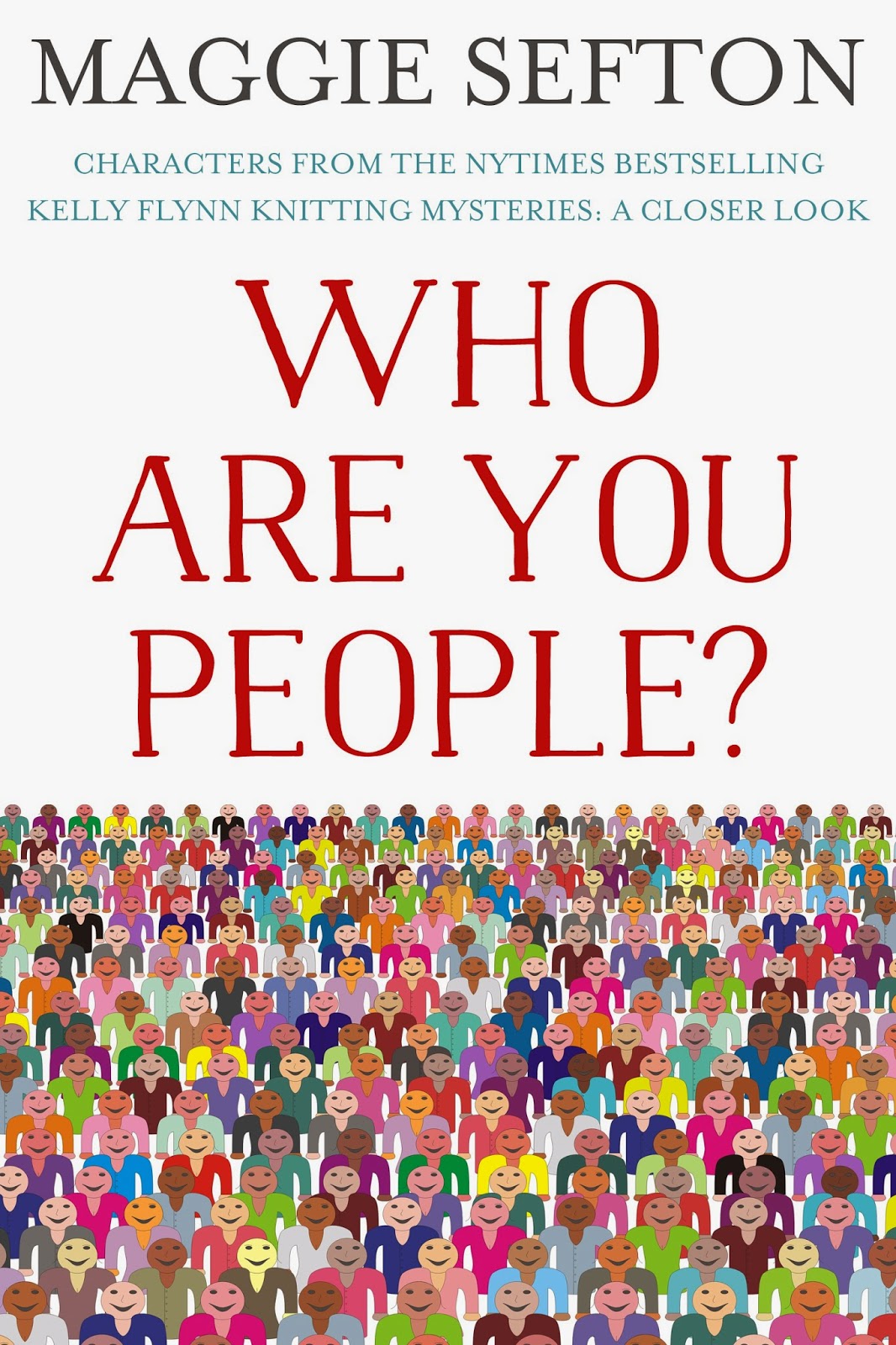 WHO ARE YOU PEOPLE?  Characters from the NYTimes Bestselling Kelly Flynn Knitting Mysteries:  A Closer Look.

That's the title of the new "E-Short" Ebook selection I just put up on Amazon, barnesandnoble.com, and other major Ebook retailers.  Since the 12th book in the Kelly Flynn mysteries was released last June---YARN OVER MURDER---I decided it was a good time to provide a guide to the cast of  characters in the mysteries, which has grown considerably since the very first mystery--KNIT ONE, KILL TWO--when Kelly Flynn returned to her childhood home of Fort Connor, Colorado.  I thought readers who are new to the series would appreciate some "deep background."

Over the years that I've been writing about Kelly and her world, I've been fascinated at how some characters appeared in an early book, played their role, and then matter-of-factly announced that they had no intention of leaving the scene.  Instead, they planned to become part of the regular cast and crew.  Curt Stackhouse was the first to announce he wasn't about to "ride off into the sunset" at the end of KNIT ONE, KILL TWO.  No, no.  He was staying.  Jayleen Swinson did the very same thing in the second book, NEEDLED TO DEATH.

By the way-----in case you're wondering----characters don't ask.  They demand.  Period.   Yeah, yeah.  I know.  We novelists are terminally weird.  All sorts of characters live inside our heads, and then they demand to be on the page.   What can I say?   It comes with the territory.

And that's why I wrote the guide to the characters.  Then----followed that up by writing a Short Short Story featuring the cast and crew of the Kelly Flynn Knitting Mysteries.  HALLOWEEN SCARE will be released online on Ebooks at the start of Halloween week near the end of October.  This E-Short developed from a scene that appeared one day and wouldn't go away.  I thought for a moment that perhaps it was meant to be part of a regular Kelly Flynn mystery.  But then, I realized that it wouldn't really fit.  Instead, it was a simple self-contained scene in the lives of the folks that show up at the House of Lambspun.  You can find out more when I post about that story on October 28th on the Cozy Chicks Blog.

Meanwhile, if anyone you know is curious about "Kelly World," they can find out more by reading WHO ARE YOU PEOPLE?   I really searched for a cover photo that would work, but most photos were of real people.  And then, I saw the photo above with the "vector people."  I love it.  But then, I am terminally weird, you know.  :)  I was reminded to include links:  www.amazon.com   and
www.barnesandnoble.com
Posted by Maggie Sefton at 12:51 AM

Can you edit your post to include links to amazon & bn.com for readers to buy the Eshorts?

Got my copy, Maggie. Thanks for the heads up.

Sure thing, Kim. Thanks for the reminder. :)

What a neat idea, Maggie! This sounds like a very useful and entertaining guide.

Thank you, Fred. Let me know how you like it----and the upcoming HALLOWEEN SCARE.