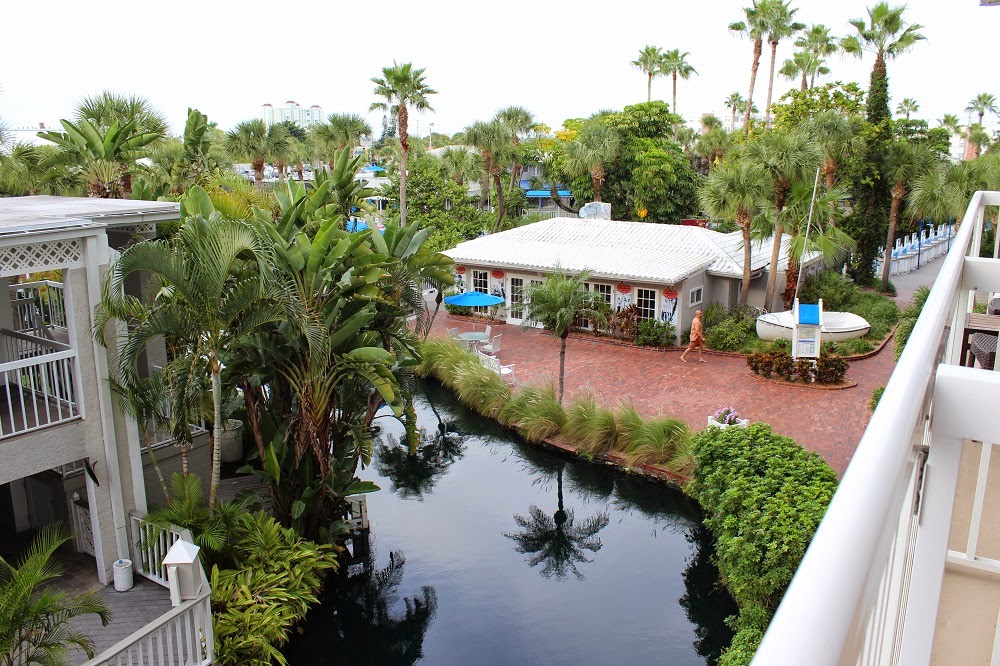 Last weekend, Maggie and I attended the Novelists Inc. writers conference in St. Pete Beach, Florida.  OMG -- every time I go, my head wants to explode because I've learned soooooo much. I take copious notes, and even do some work at the conference. 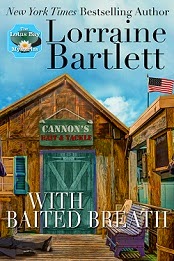 For instance, I knew I wanted to get my new book, With Baited Breath, up for preorder, but I was afraid.  Don't ask me why? Maybe because the last time I tried this it was a tremendous failure. Listening to some very successful authors talk about it, I was spurred to try it again.  And now it's available for preorder for Kindle, Kindle Worldwide, iBooks, Kobo, and Nook. It'll be published on January 6th.

I wrote my newsletter (longhand), which went out yesterday.  (Missed it?  You can find it here.  Want to sign up for the next one, click here.)  Everything was energizing and exhausting at the same time.

I even finished one short story while on my working vacation, and began another.  The finished one is a Halloween story you might want to check it out since today is Halloween.  It's called Spooked! and it features my series character, Jeff Resnick.   Click any of the links for a description.  Kindle, KindleWorldwide, iBooks, Kobo, Nook, Smashwords.

On Friday afternoon, the hotel began setting up for a wedding in the courtyard.  The weather was absolutely perfect.  All the doors to the rooms overlook the courtyard. About 6 pm, the DJ started cranking up and it was LOUD. Mr. L and I went out to see what was going on, just as the bridal party was being introduced.  This wasn't like most weddings I've been to.  Next up was bridal couple dancing to John Legend's All of me, and EVERYBODY was singing along.  Not just in the wedding, but those of us on the balcony. Then we watched the Father-Daughter and Mother-Son dances.  Dad and daughter were sweet, but mom and son started out with a slow dance, and then the music changed three times and you would have though you were watching Dancing with the Stars, they did a risque routine that had everyone laughing. 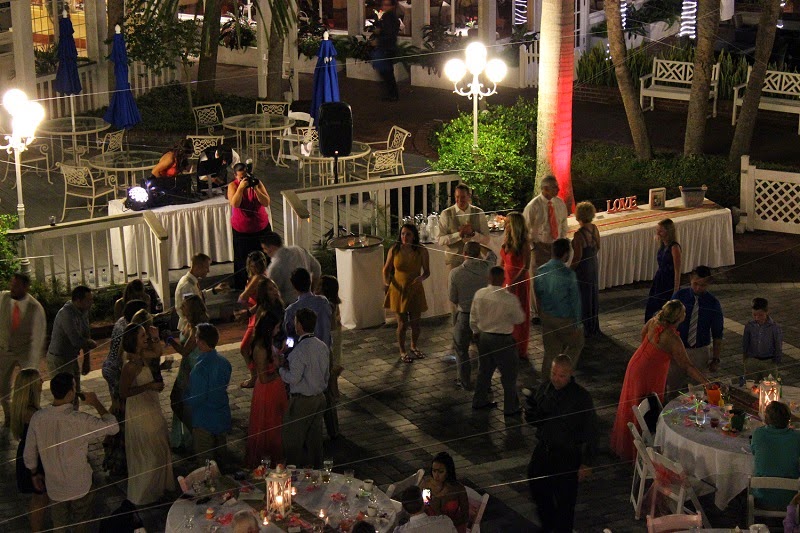 Through out the evening we popped out of our room to join the festivities.  People were dancing and singing on the balcony and having a lot of fun.  Below us were three ladies dancing their hearts out.  Mr. L and I even danced a few of the slow numbers.  It was wonderful, and so much fun to watch the bride throw the bouquet and then the garter catch.  We missing the cutting of the very small cake, but it was surrounded by VERY TALL pink cupcakes and my mouth was watering, wishing I could have one.  The people dancing often looked up and waved to us.  At 10 pm the party ended (well, for those of us on the balcony--they moved it to another part of the resort and we heard music playing for another two hours).

When I returned home, I read on the author loop that some people were upset that the resort hosted a wedding in the courtyard.  What party poopers!  They could have enjoyed themselves as much as those of us on the balcony did... We had almost as much fun as those at the wedding and we didn't have to get dressed up, either!

Have you ever crashed a wedding?
Posted by Lorraine Bartlett at 6:45 AM

Never crashed a wedding but attended one at a local hotel where there was a bridal fair going on at the same time as the wedding. Not a happy bride to have everyone think she was just one of the models!

Thanks for the Jeff Resnick story!

Note to self: crash wedding! What a fun post, Lorraine. Congrats and best wishes on the new book. Glad you enjoyed the conference and what good advice about joining in on weddings.

I once was in a hotel in Lancaster, Pa and they had a wedding in the courtyard below us. It was not a pleasant experience! About 10:30 a drunk woman began to try to sing. She went on until well after 1 AM. I should say she couldn't sing and was more or less yelling the words. The band went home at 11 but she kept it up. We were not charged for the room for the 2 nights we stayed there. I guess they didn't charge any one because of all the complaints. It sounds like the place you were at was more considerate of the non wedding guests.

Aw, that sounds like fun! Love how you and Mr L were dancing and the guests were waving at you! Too cute.

Nope, never crashed a wedding. But, I am sure that if I found myself in the same position you were in, I would definitely stay out on the balcony to enjoy the music and watch the wedding festivities. I am certain it was better than what was on TV that night.
I downloaded and read Spooked today. Enjoyed it very much. I look forward to reading With Bated Breath. I have it preordered. Good luck with this new series.

Yes I did. At a convention last year they had a wedding and it was fun.

I'm glad you had a good time at your convention and picked up useful information.

It sounds like great fun!! I'm glad you had the chance to join the music and festivities.

I never have crashed a wedding. AS a matter of fact, I have only been to one, and I was in it as a junior bridesmaid. I did watch my niece get married over webcam.

I crashed a wedding once when I was young with either my cousins or various friends, cannot remember. It was an Italian wedding with yummy food and lots of dancing. No one noticed or maybe they were just happy to have more people to celebrate with them.