With only one more day left in Universal Cat Month and I thought I could sneak in a bit about dogs: in this case my dachshunds who are very catlike in their behavior. They cuddle. They like to lie on the sun. They take over the bed.  The usual.  Depending on what's going on, they might want you to think they were cats. 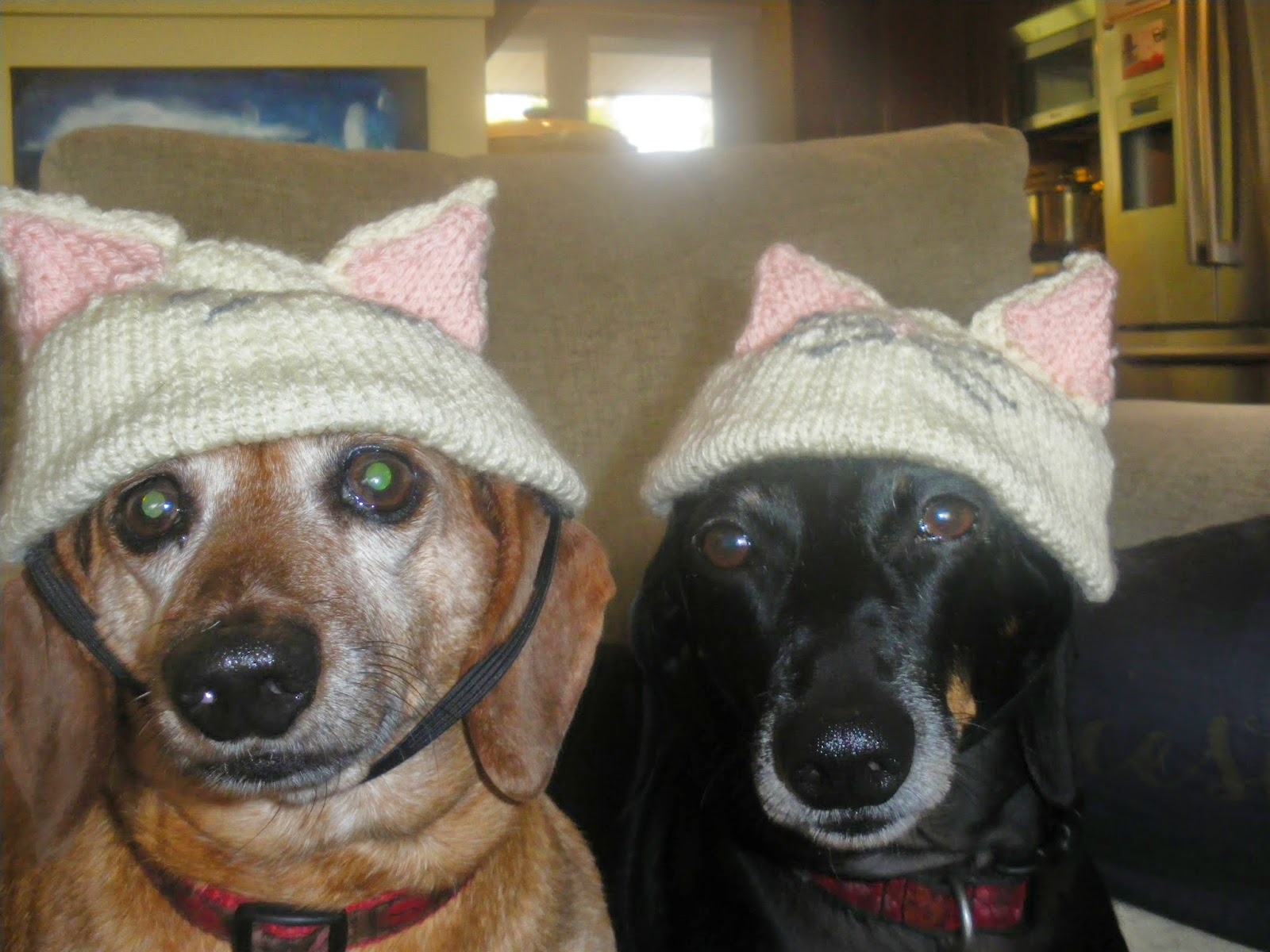 If it wasn’t Halloween tomorrow, I could wait for this but we’ve been to a dachshund costume party. If you can’t post about this week, what can you do? 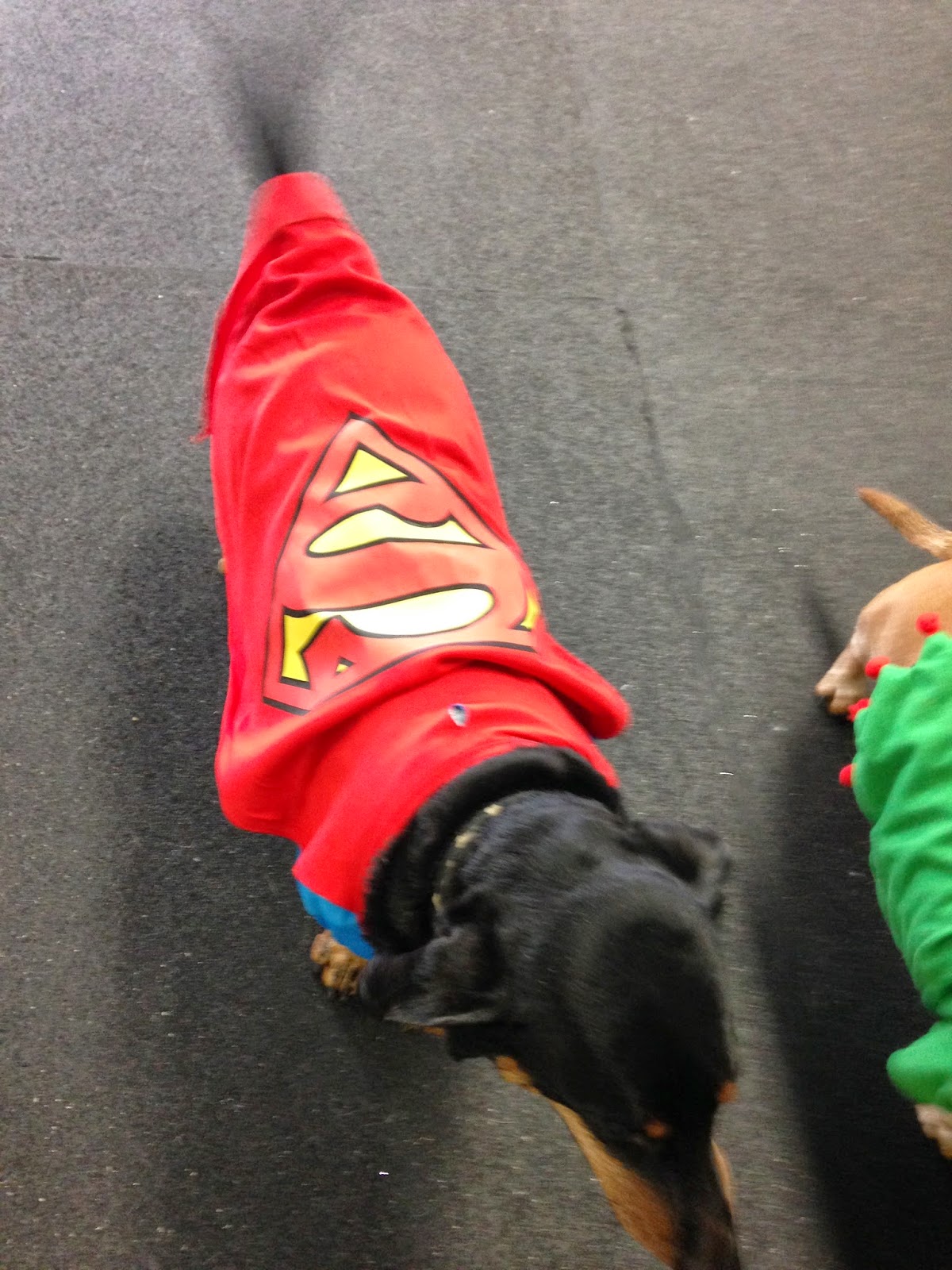 There’s something about forty-four dachshunds all in costumes that makes you forget everything else. Think chaos.  Dachshunds might be short but they’re very fast and lively.  Hey! Is that the real Superman.  I think it might be.

They were all moving so fast, it was almost impossible to get pix of all of them.  A ‘class shot’ is out of the question. But we did get some of a very shortlegged Dracula. Did you know that Dracula barks? 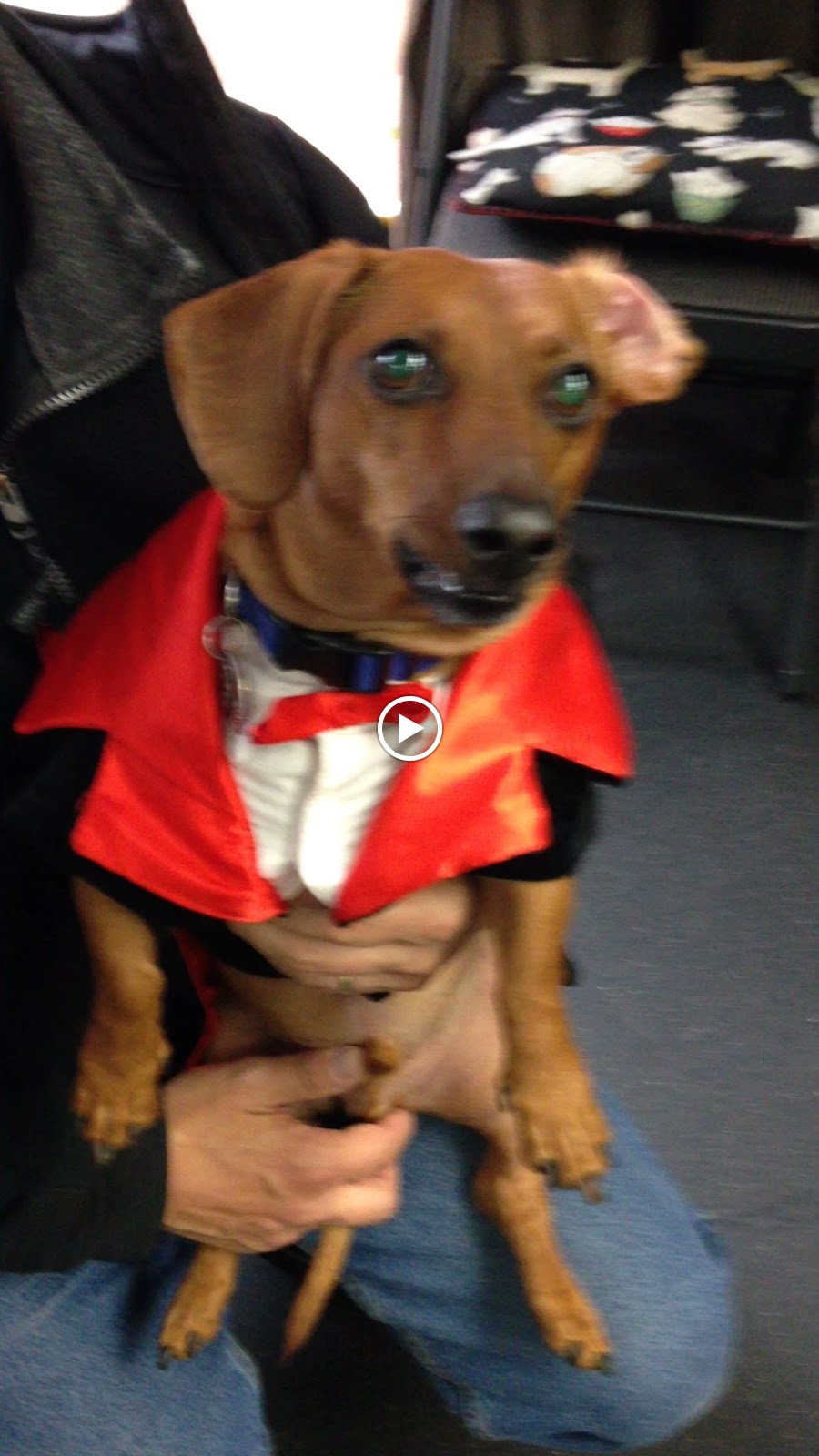 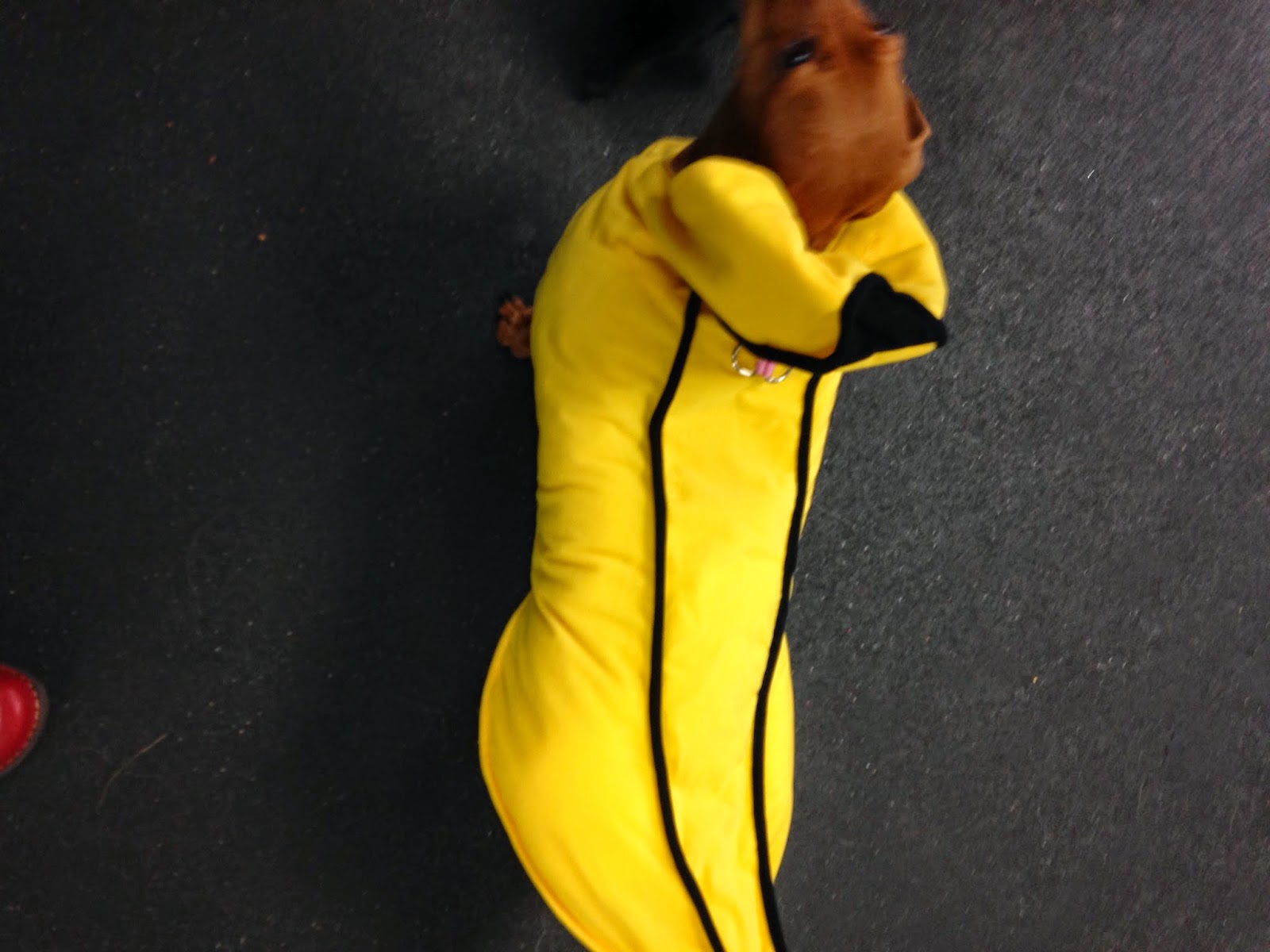 .... there was a very speedy bride (that dress had quite a workout) and her groom (too fast to capture). They did get first prize. 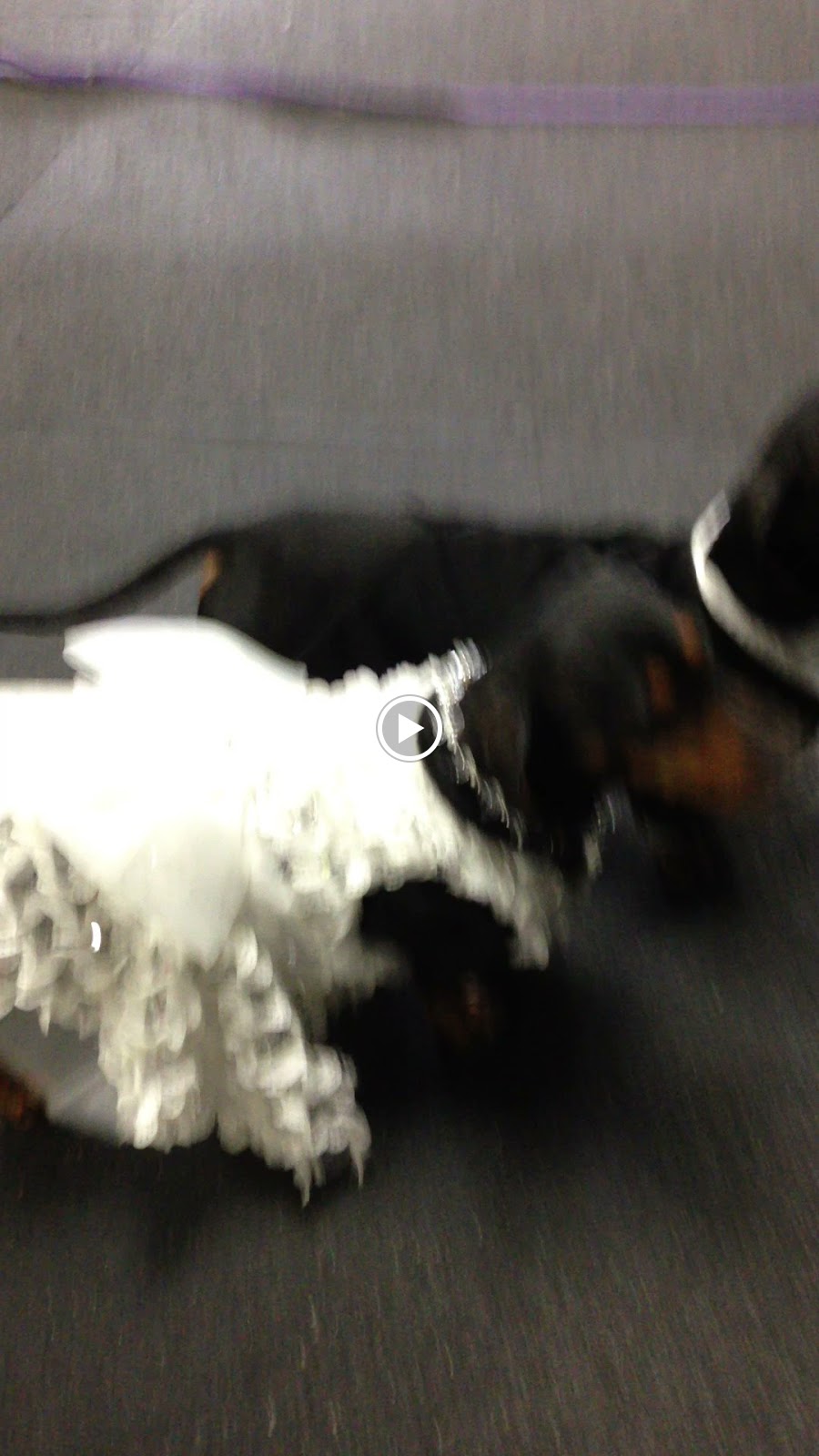 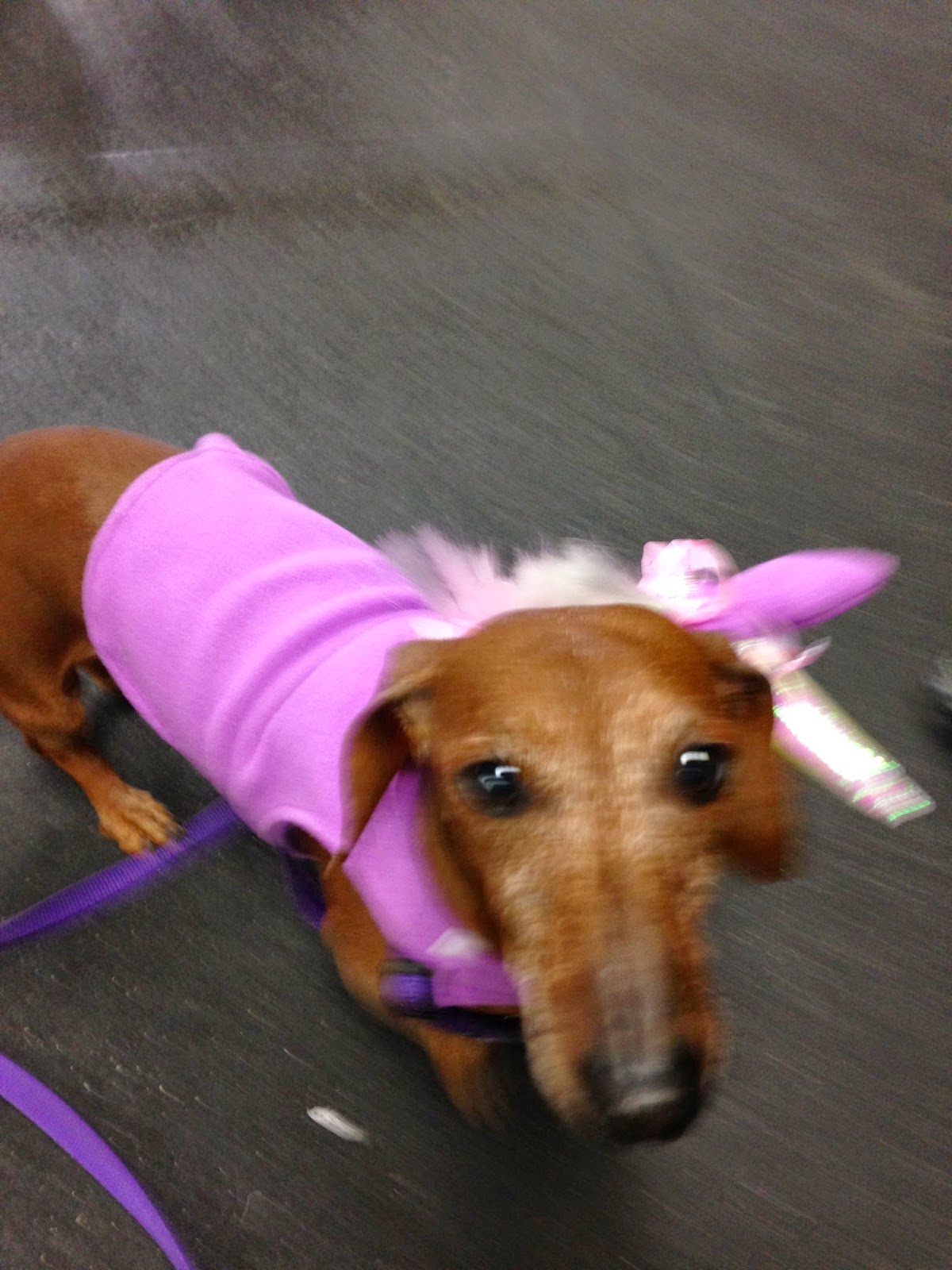 And tiny ten-pound Gogo made a great vet, although her hat did fall off. 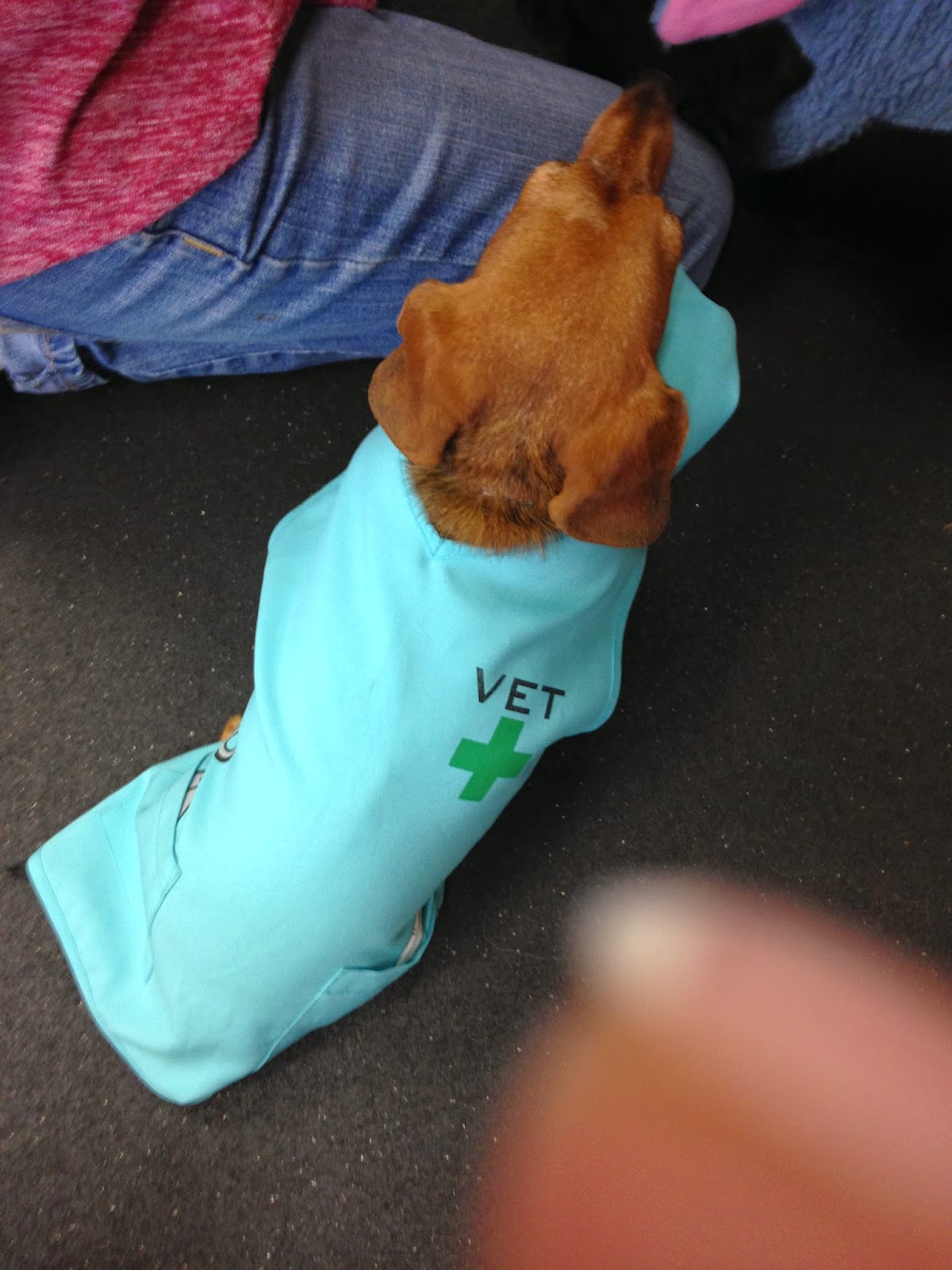 My own little jesters had fun and wagged tails, but every now and then they took refuge under a chair. Until someone offered them a treat, which was quite often.  So much for the dachshund diet (not going well at all).


Never mind. The event was great fun and I won a prize!  Thanks to the organizers. I'm excited about the next one.  I am often lucky that way.  But the luckiest part was being able to join other people who are also besotted by their dogs.
Lots of people don’t put clothes on dogs. Our dogs love outfits. Hats, not so much. Cameras? Not at all. But there’s often a treat if you look at the camera, sooooo ….
The pooches are ready for Halloween:

So are the granddogs:  Peachy (aka Walter) and Big Money, a two-pound Yorkie (or a Very Big Bee)  All ready for the big day. 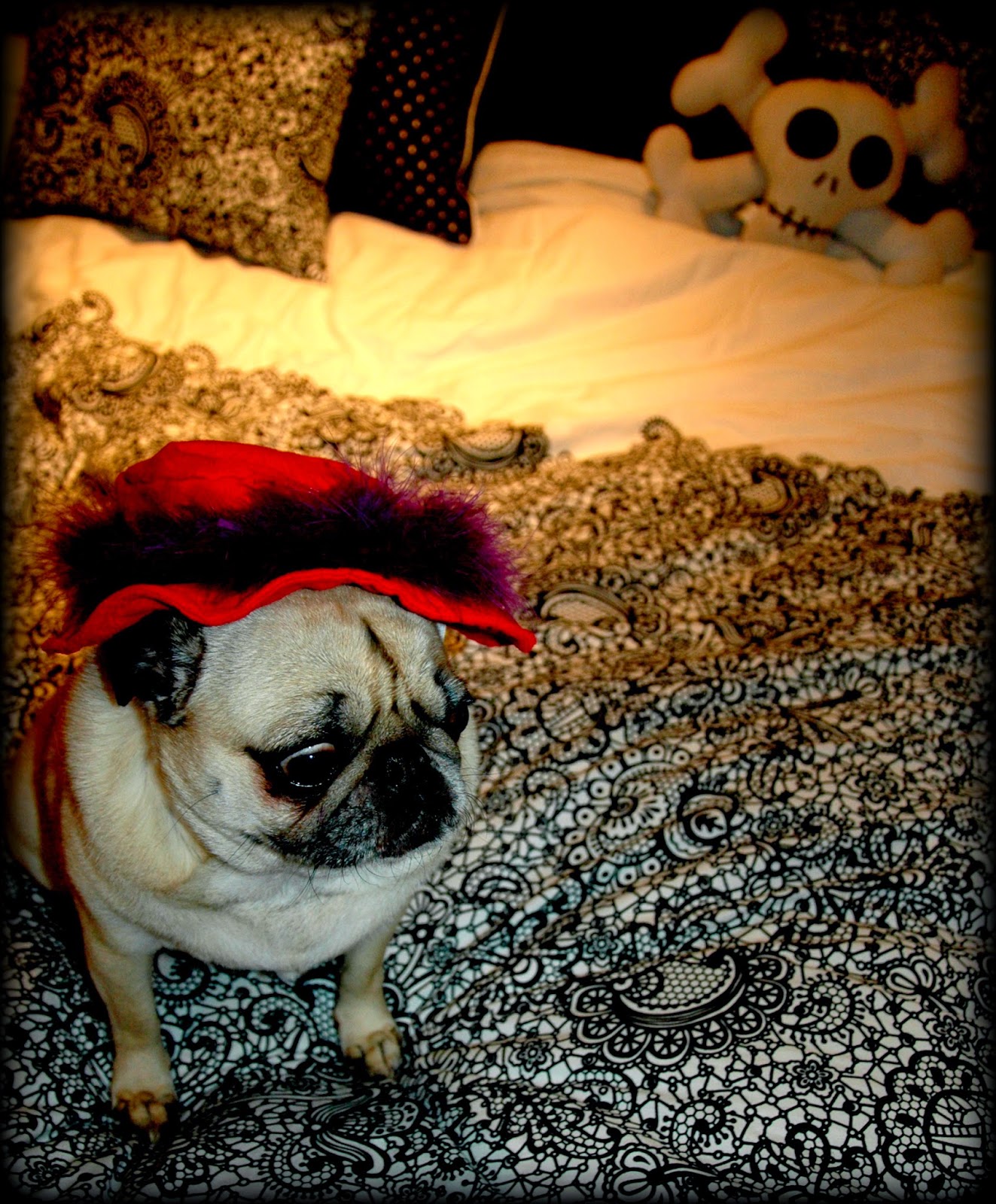 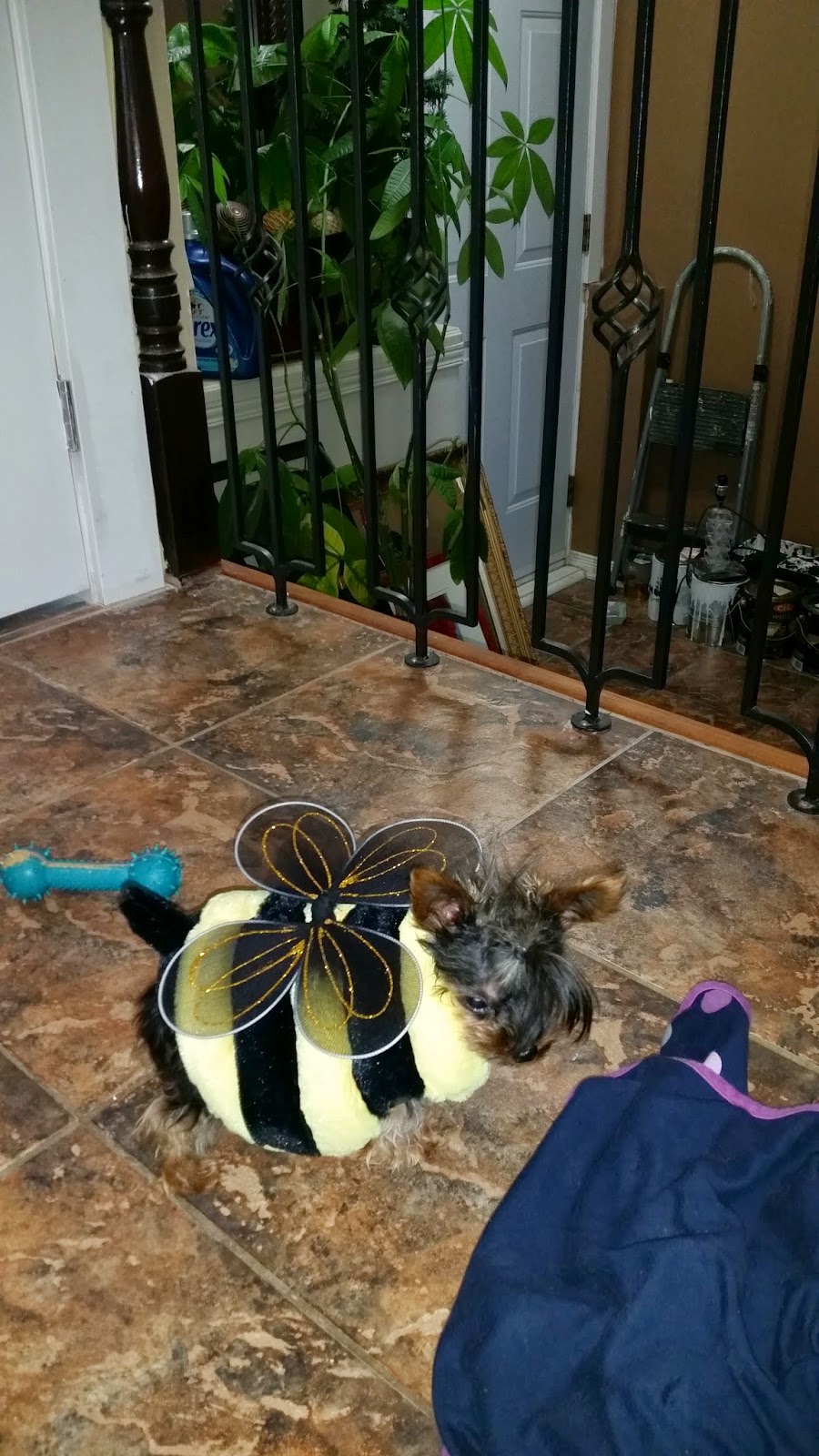 MAYBE IT'S SOMETHING ABOUT CANDY?

The only thing I don’t like is that this day only rolls around once a year. And yes, I know we couldn’t do this with cats.

What about you? Halloween? Or no? Costumes? Send pix!
Posted by Mary Jane Maffini at 1:00 AM

Loved the pics! And though difficult, I have put dog sweaters on a cat. My 8/9 lb Manx had back surgery before he was 2, and I couldn't keep the cone on him so I put him in dog sweaters. I have a great picture of him looking very disgusted and long suffering as I put him in a bright yellow sweater. He was twisted around my arm so you get his face plus his bare, shaved stub of a tail. Cordella

You made my day, Cordelia! I can just imagine poor kitty. I hope he forgave you. Hugs, MJ/VA

OMG, they are adorable!!! I love them in all their costumes. I can see why the bride and groom won first prize.

They are SO cute! Something about little weiner dogs makes them perfect for dressing up. Last year I posted photos of Oscar, the adorable dachshund my daughter Serena and fiancé Jeff have. He has some of the cutest sweaters. :)

Thanks, Mary! That beautiful bride's dress was practically shredded by the end - they tore around barking at everyone. It was hilarious. Wish you lived here - I know you would have come to it.

I didn't realize your grand-dog was a dachshund! They are a bundle of fun, for sure.

Your doggies are adorable.
We have an 11 year old Pwmbrook Welsh Corgi. She is Queen of the castle and there is no way she would ever wear a costume. Not her style. She does like to wear bows right behind her ears. That's the extent of her dress up.

Thanks, Annette. We love Corgis - we had a Corgi cross when Daisy was a pup. He got to 13 (despite having some troubles) and he can still bring tears to my eyes. Your Queen of the Castle sounds lovely. Bows are always just right.