8 Little Kittens Who Lost Their Mittens

If you didn't see my Facebook post, this bears repeating because it's a remarkable story about a heroic little calico cat and a heroic young man who is my son. What follows is his story with photos: 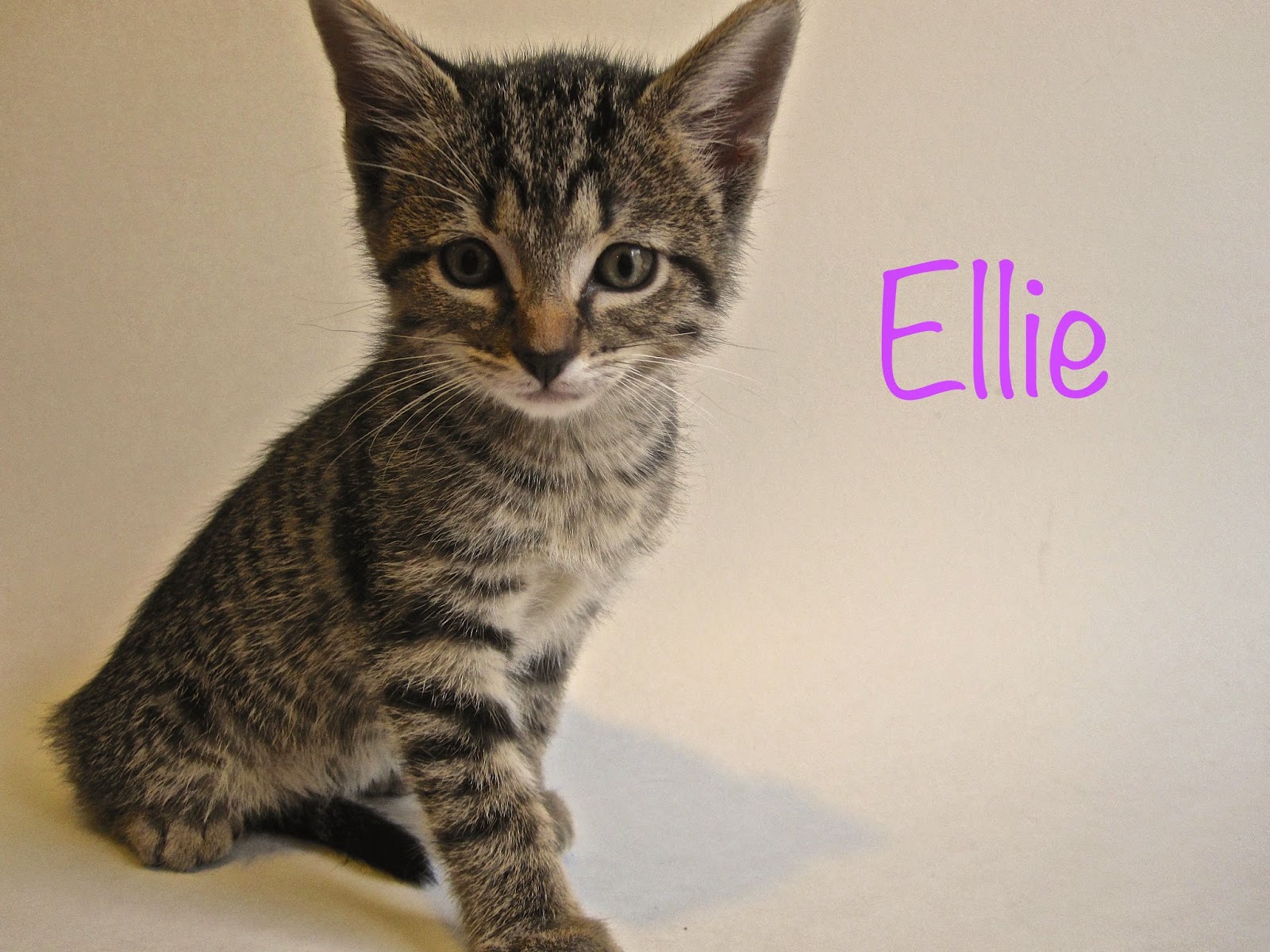 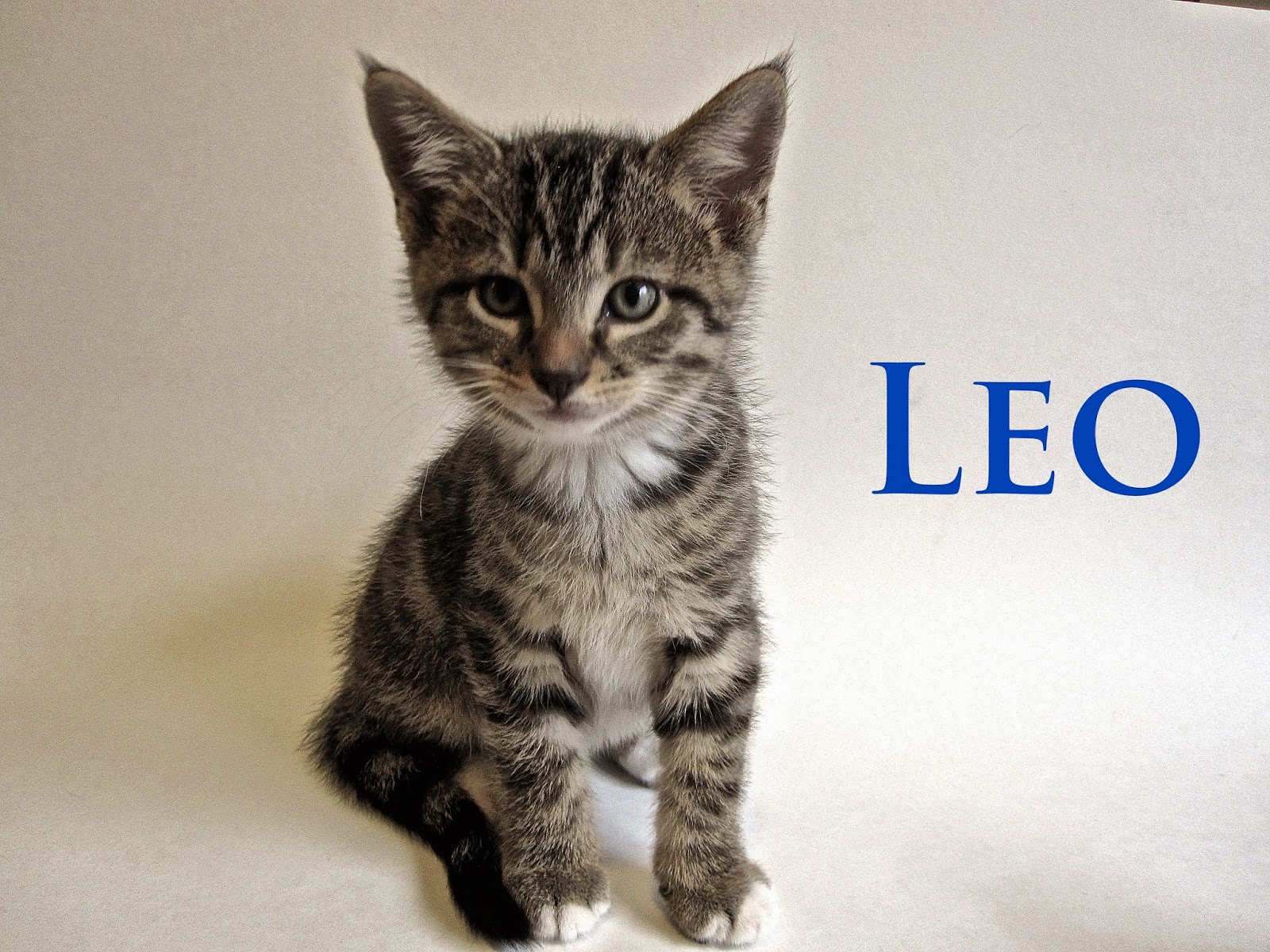 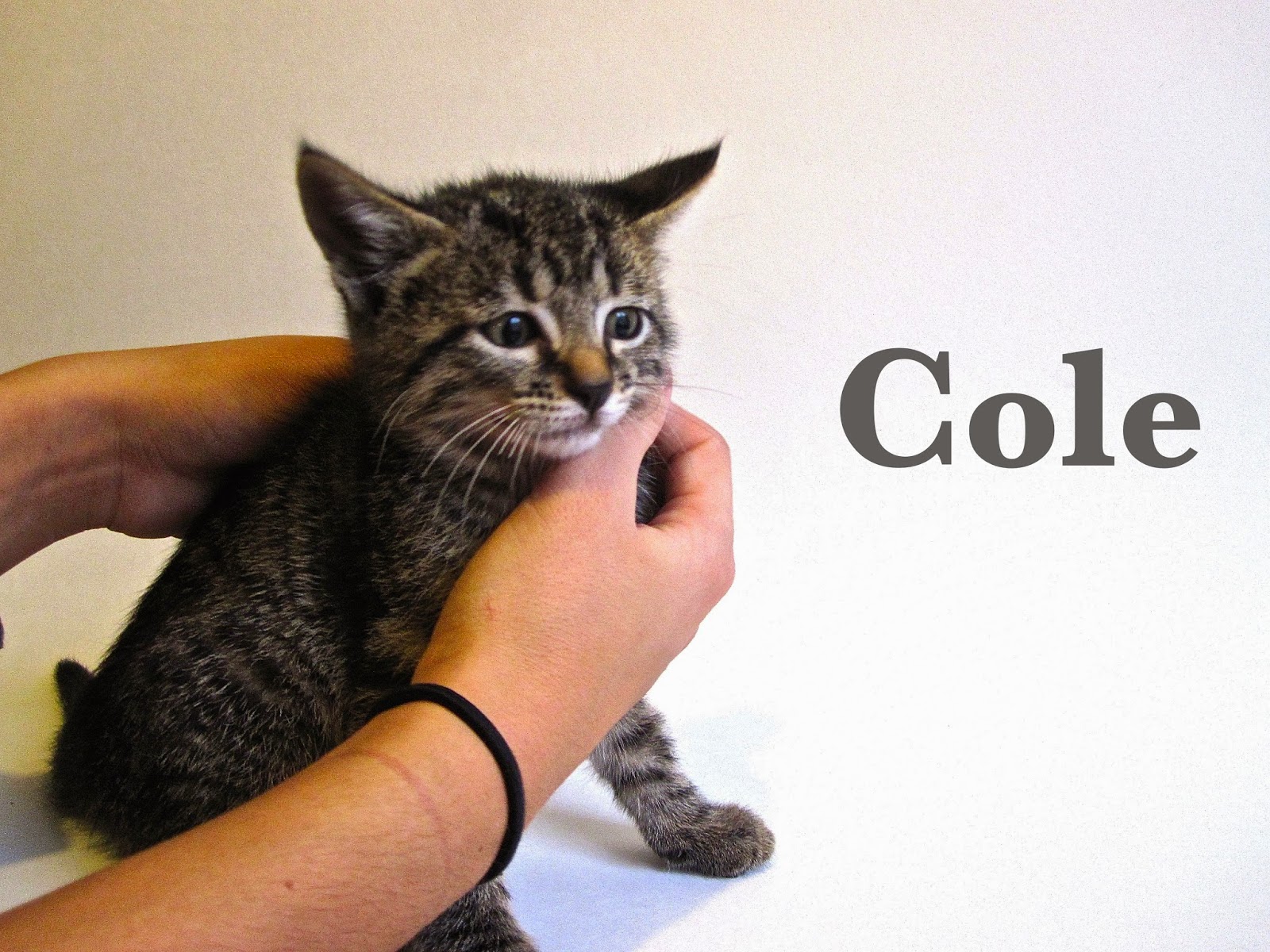 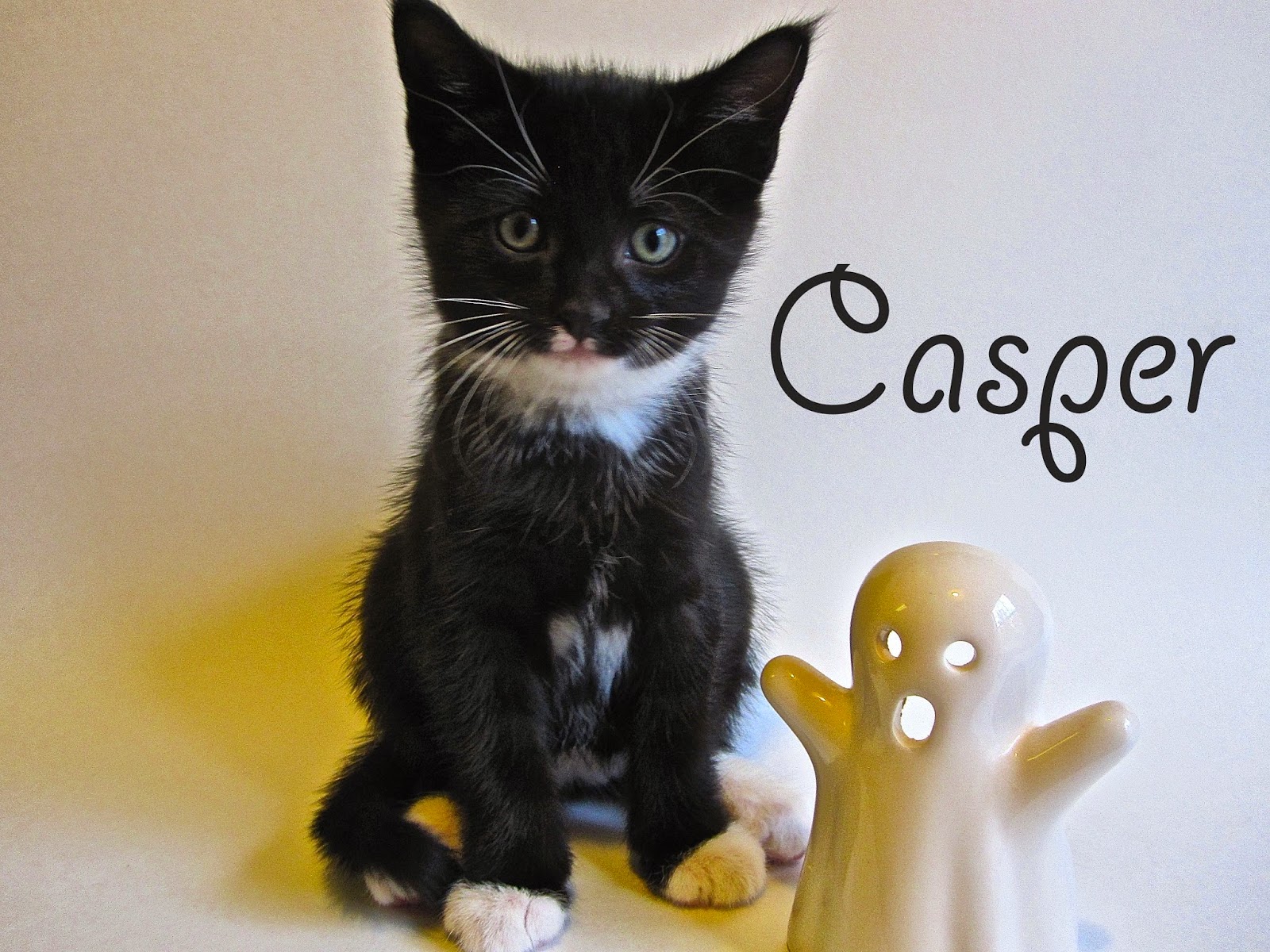 "This summer, I was feeding a very sweet, very malnourished stray cat for most of the summer. I named her Mabel.  She was skittish and refused to come inside, even when the temperature dropped. Then one day she stopped coming. Unfortunately, I'd made an appointment at the vet for the next day to see if I could get her adopted. Mabel had other plans. 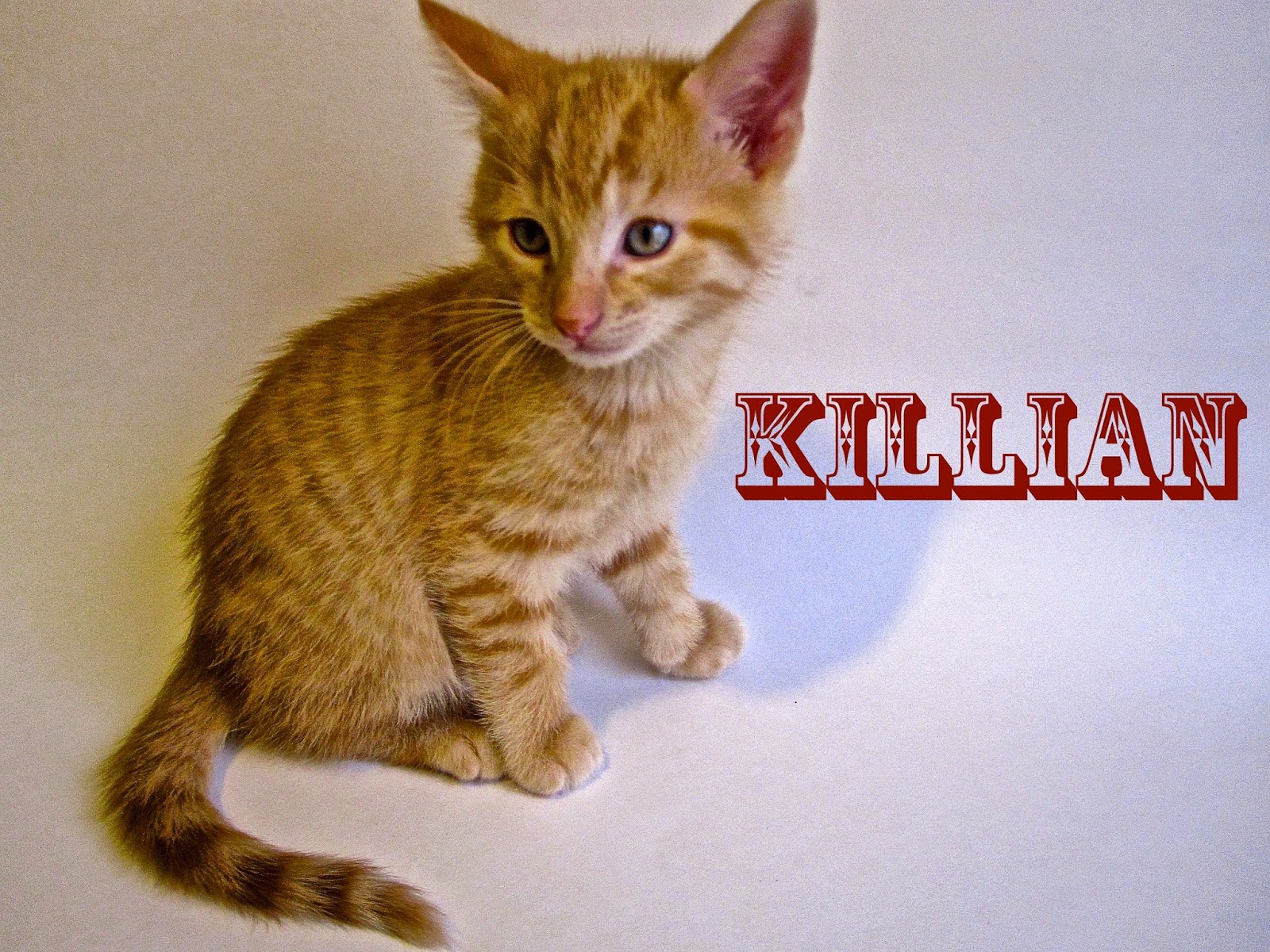 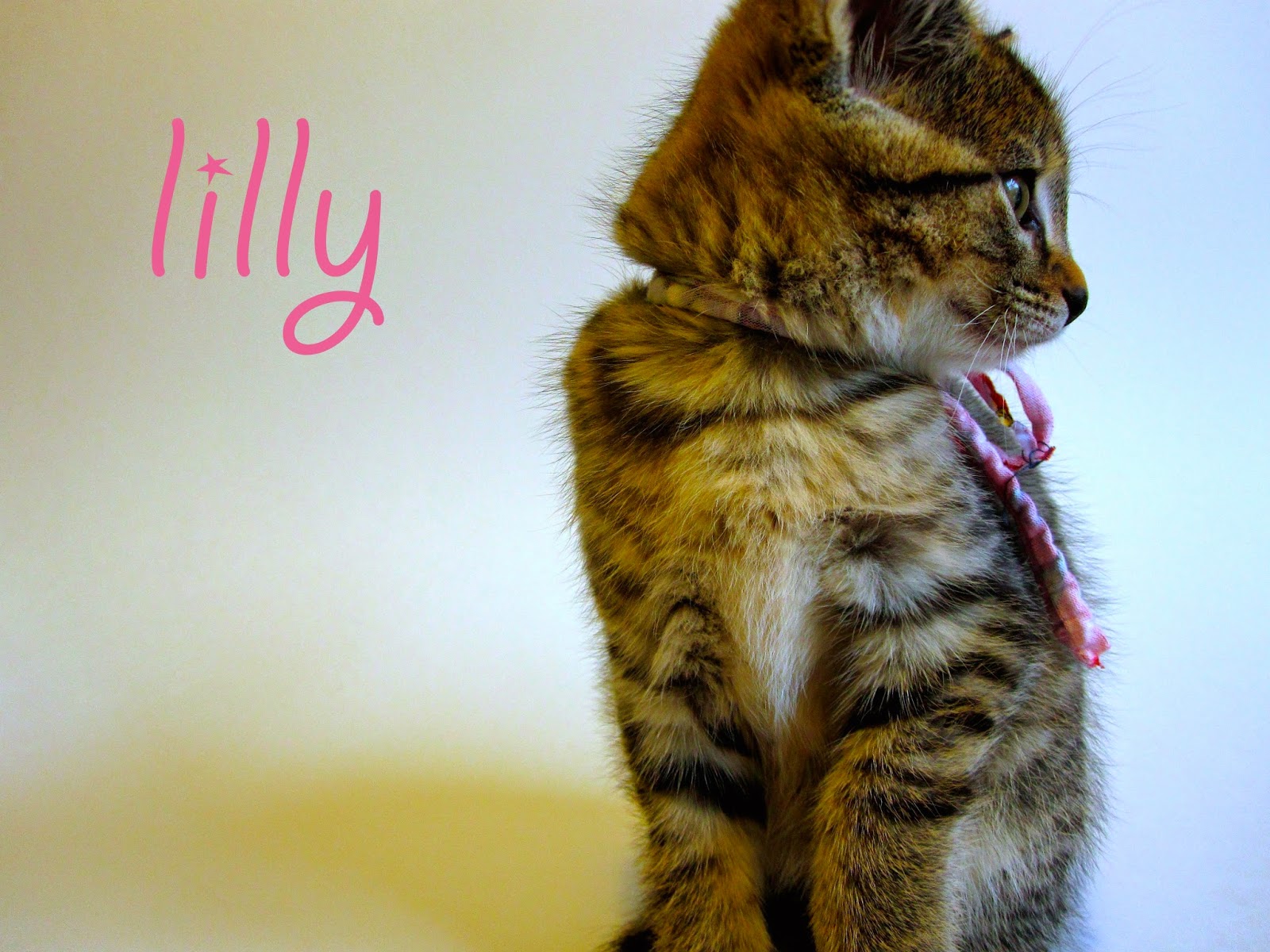 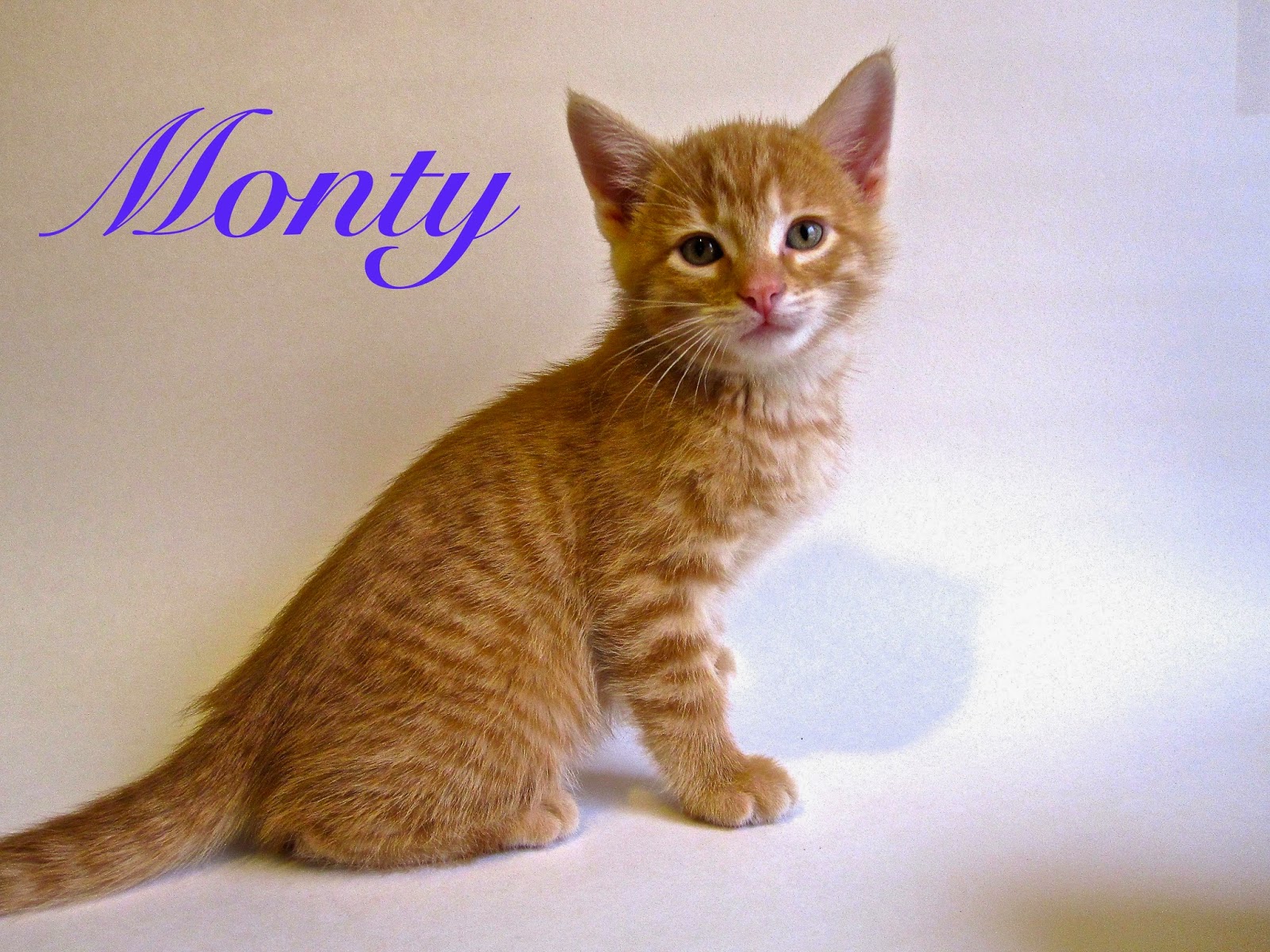 About a month later she showed up on my porch. I was outside enjoying the weather and there she was. But she looked different. I couldn’t tell how exactly, she had changed. Her shy disposition disappeared as she came into my apartment and had a look around. It was strange to see her again, but I was happy to know she was still alive. She ate herself silly, relaxed a bit, and took off again. These visits continued for about a week. Mabel would show up, come inside, investigate, eat and leave. 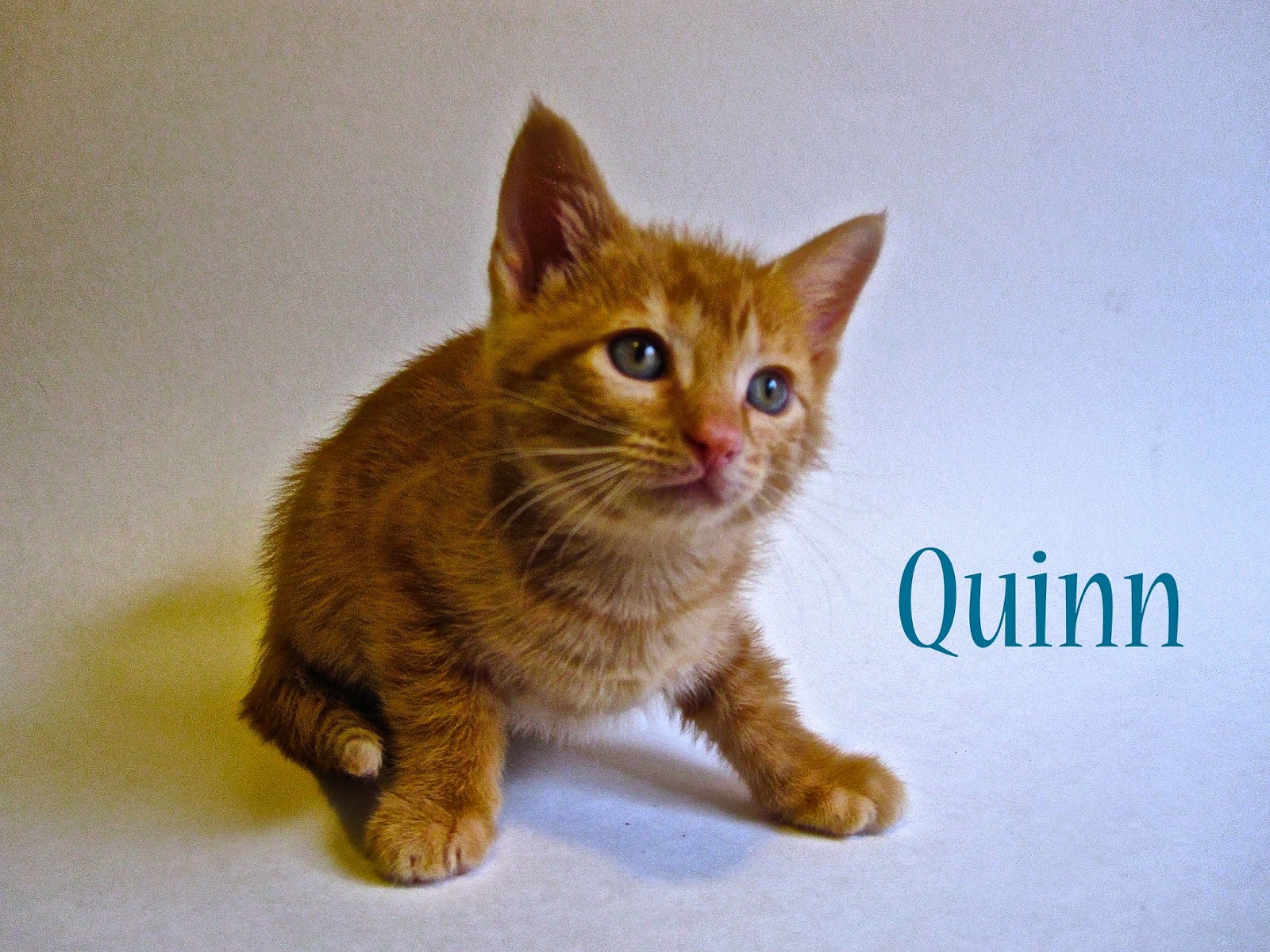 Two months later I heard a loud cry from outside my window. It was six in the morning during a bad thunderstorm. I had decided to sleep with the windows open that night to hear the storm come in. When I heard the crying again I quickly dressed and went to the living room. I opened my sliding glass door and saw Mabel, soaking wet, meowing her heart out. Then behind her I saw the reason why. There was a very small kitten following her. She led the shivering kitten to my door and disappeared back into the storm. Thirty minutes later she came back, with another kitten. Every thirty minutes Mabel went back into the storm, until, one by one, she had led eight little four-week-old kittens to my door. So I sat there, drying off kittens, wondering what in the world I was going to do. In that moment when I stepped outside and I looked into that cat’s eyes, there was an exchange of information. She had successfully communicated to me that she needed help. And somehow, over the weeks and months that I had cared for her, she had come to know that I would. Mabel had struggled for hours to bring her kittens to safety, and I owed it to her to make sure they end up in a good loving home. All eight kittens are now healthy, dewormed, free of fleas and vet-approved. They immediately took to the litter box. At first they were shy, and could barely walk, but now they are all loving adorable kittens, climbing up my pant legs as I sit here typing. They are perfectly adoptable, and ready for a home. I would like to thank Kate Collins  for allowing me the means and opportunity to take care of this little family of refugees. This is has been a great experience and there is no way I could have done it without her help. Thank you!"

Kate here. If you know anyone in the Indianapolis vicinity, please spread the word or post on your FB page. My son is determined not to  turn them over to a shelter but instead find homes for them and their brave little mother.

Isn't this a remarkable story? I'm so proud of my son for taking 9 cats into his small apartment (and he has a rescue cat of his own.)

Have you ever rescued an animal?

This is a fantastic story and what adorable kittens. Here's hoping they find their forever homes very soon. I love rescue stories and have 8 cats--all rescues.

I have been convinced for years that our house has a huge, blinking, neon sign on it that only cats can see.
I sounds like Kate's son has one, too.

Cats must sense kindness and hospitality and the remarkable part is that in that nasty storm, she remembered a safe haven for her babies.

My hope is that people in his area will spread the word so we can find homes. 10 cats in a small space is not a good living arrangement!

I am so proud of your son. It is quite evident his parents raised a heck of a good guy. I live with 2 rescued Boxers, they are the most recent foundlings who found a home with me. If I were nearer, would love to get a kitten for the dogs....they would love a baby to love. I know there will be people there who fall in love with these orphans of the storm.

The mother cat is remarkably brave and your son is wonderfully caring.

Orphans of the Storm! What a great name for a story about them. I am encouraging my son to write it as a children's book. You're one of the special people, Annette. Anyone who rescues an animal is a star in my book.

What mothers will do for their offspring!

You raised a good man there. Good luck finding them homes.

I LOVE this story, Kate. And your son is definitely a special guy. Mabel sensed that for sure. :) I'm going to post a link to this on my FB page now.

What a sweet story - I admire your son so much for trying to help Mabel and her babies. Cats can definitely sense where safety exists. I am a sucker for helpless cats myself. Currently, I have 4 feral cats in my back yard and 2 strays in the front yard, plus my 2 inside cats. I foster kittens for both an animal shelter and a feline rescue and have helped over 80 cats and kittens find forever homes (my latest foster was just adopted yesterday).

About 2 years ago, three strays had litters at my dad's house. I caught the moms and got them spayed (two ended up moving in with him), and I caught 11 babies. But I was having trouble catching the 12th. When I brought the mom back after being spayed, she immediately went to the wood pile where her baby was hiding. I left the back door open and Momma spent the next 45 minutes coaxing her baby out (she would come a ways and then run back to hide). Eventually, Momma led her baby into the house where I could catch her and put her with the others. Momma knew her babies were safe with me. At that time I had 5 fosters and my 2 cats, so when I brought the 12 home that made 19 inside cats and 6 outside cats. I eventually got the 12 fixed and adopted to good homes, but it is a lot of work and I admire your son for taking on the task.

I wish your son and his charges all the best.....

Did Mabel stay too, or did she take off again? Poor brave mama kitty.

Your son is amazing. Surely a sign of how wonderful his mother is and what great lessons you taught him. I used to live in Indy and do have a few friends there. I am not in contact with them very much. However, this is the perfect reason to get in touch. I have one friend who may very well be looking for a new kitty addition. If I am able to get him I will let you know. Bless you and your fine son!

Wonderful son and wonderful story, Kate! I have rescued cats, but never so dramatically! Good luck with finding homes. You did a great job. XO

Thank you for all the kind words and blessings!

Mabel did stay. She doesn't even want to go back outside.

Nicky from 2 boys who tormenting him. I initially named the cat Virginia until vet told me it was a male. And Tyler Rose abandoned at a lake in east Texas. Tyler is still with me along with 4 other rescues from shelters.

Lynda, you have a remarkable story to tell, too! How do you find homes? Where do you post notices?

My situation is heart warming as your sons, but I like to think that I rescued my Duncan. I got him from a "breeder" near Ft Wayne, IN. The place seemed nice enough and the breeder brought Duncan out and commented that she would have liked to kept him for her brother. About a year later I heard that she was arrested for animal cruelty, numerous carcasses were found behind her barn. He probably would have ended up being a breeding stud.