INSIDE A WACKY WOMAN’S MIND

As a writer, I have to be able to slip inside the minds of many different characters to see what they’re seeing, think what they’re thinking, hear what they’re saying. Sometimes it’s easy. Abby Knight is easy. She’s my bolder self. Okay, and younger. Marco isn’t as easy.  He’s a tough guy, a man of few but important words. If I get stuck, I will channel my husband or ask my son (aka my virtual assistant) for the right words. 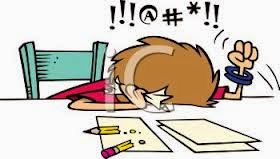 Jillian is another story. And I mean that literally. She’s Abby’s younger cousin, her thorn-in-the-side sister of sorts, who is narcissistic, snobbish, and hilarious. I can always count on Jillian to steal a scene. If I need a comedic break, enter Jillian stage right. You can’t hate her. She loves Abby to the depth of her being, which is why she feels perfectly safe saying or doing anything in her presence. Don’t we all wish we had someone like that?

Last week I ran seven days of diary entries written by Jillian, entitled A KNIGHT IN SHINING GARMENTS: JILLIAN’S MOMMYNISTA DIARIES (Still available on my website).  Let me just say that it was a labor of love because being in Jillian’s head for any length of time is exhausting! Oh, that woman can talk.  All I had to do was put my fingertips on the keypad and let her loose.

I can’t tell you where it comes from. Maybe there is a Jillian in spirit who feeds me these hysterical lines. At any rate, although it wasn’t easy to write a whole week’s worth of Jillianisms, I found it a challenge. Just try thinking every self-absorbed thought you can and build a story around it.  I’m not certain I could take her for the seven or eight months needed to write a novel, however.

What writing from different points of view does is that it forces you to acknowledge that everyone sees things differently, even your closest companions.  Your truth is not always their truth.  Does that make them wrong?

I use this technique in my daily life, too. When someone is being difficult, argumentative, or just downright rude, before I charge into the fray, I ask myself, what’s going on in that little brain? What’s behind that emotion?  Most of the time, anger hides fear. So my challenge is to figure out what that person is really afraid of. Maybe it’s just being proved wrong. Usually it’s about self-esteem.

It gives me a softer focus on life, and I’m happy with that. I don’t stress out over issues I can’t control anymore.  As my dear husband used to say, either do something or shut up about it. His language was a little more colorful, but the point is the same.

Try thinking like a writer the next time you’re in a situation with a difficult person.  See if you can look at the issue from her/his eyes and figure out what’s behind it. You might not like the answer (as in greed/money/hatred) but it will give you something to do besides getting your blood pressure up.

Have a soft, sunny week.

What a fun post, Kate! And there's some useful advice too.

You'd never know that Jillian was inside you,Kate, but I'm glad she's there! Or HERE, I should say. It is amazing that one can start writing and the characters seem to take over. You do it all better than most. Last week was fun.I do love Jillian, but for the way she is,I shouldn't,(am I making sense?).Great job with all of it and I'm looking forward to catching up on the entire series.

Thanks, Tonette. And you're right, there is no good reason to like Jillian -- except that she makes me laugh!

Oh but I love Jillian. I enjoyed reading her diary entries last week. Thanks.

Thanks for the feedback, Annette! I'm so happy you enjoyed it. Actually took a lot of work.