Writers write, but not always in a logical sequence. 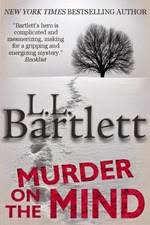 In between all those Jeff books (written under the name L.L. Bartlett), I started writing the Victoria Square Mysteries. A Craft Killing (then called A Matter of Murder, and I still prefer that title) and The Walled Flower were already written (under the name Lorraine Bartlett) before I wrote one word of Murder is Binding (and under another name--Lorna Barrett). 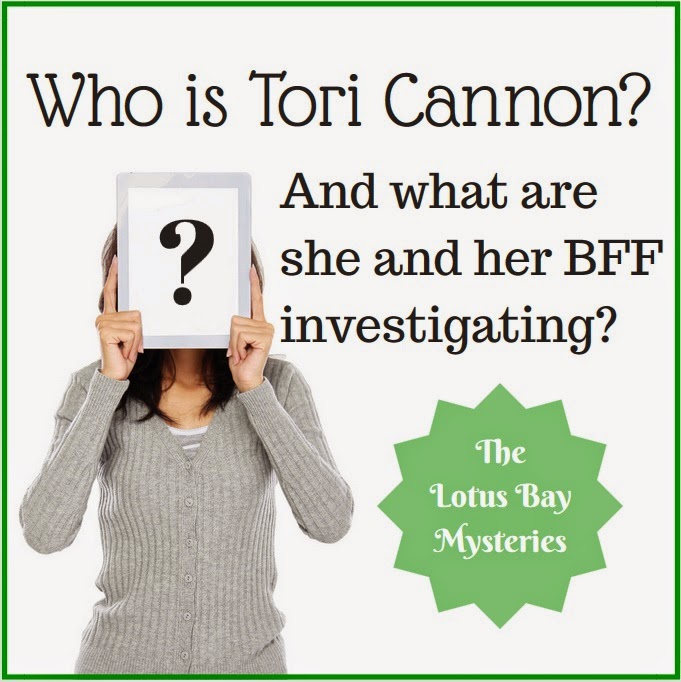 In the past couple of weeks, I've been working on the first story in a new cozy mystery series that will be called the Lotus Bay Mysteries. The thing is, the idea for it came to me more than nine years ago. Poor Tori Cannon has been toasting her buns on the back burner for all those years! Now, finally, I'm beginning to tell her story. Tori is going to solve a number (and I hope a GREAT number) of crimes with the help of her BFF Kathy Blake. And they've got new friends, too. (I haven't written their parts yet, but I know that Noreen and Anissa will be very important to them WHEN I FINALLY GET TO WRITE THEM).

So, what am I trying to tell you? 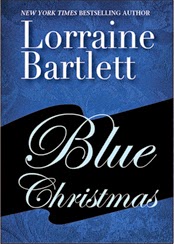 I've written a prequel to the Lotus Bay Mysteries, which I've sat on for more than a year because during that time I wrote my short story, Blue Christmas (which I only sat on for about four months), and then Dark Waters (Jeff Resnick #6) and Evolution (a collection of Jeff Resnick short stories which took place BEFORE the first Jeff Resnick Mystery, except -- most of them were written DURING the course of writing the first four books).  Still, Tori kept poking my brain and saying, "Hey, START WRITING ABOUT KATHY AND ME NOW!"

(And what about Sabina, who's been sitting around even LONGER than Tori waiting for her story to be told.  And then there's Lee, a cozy male protagonist (which my 4th agent said would never sell ... but NEVER say NEVER to me).) 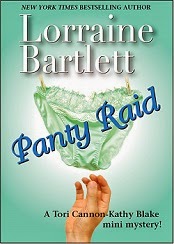 So, I'm almost ready to release Tori's and Kathy's first (mini) mystery. It's called PANTY RAID and I hope it will be available by next week. It's currently being copy edited. (Sorry, but it's short, so will only be available in e format.)

So, when will the first book in the Lotus Bay series (in e and print formats) be available?  I'm shooting for early October.

Meanwhile, I've got plans for a new Jeff Resnick short story (the next book is still percolating on the back burner), and a new paranormal series (like Jeff, it'll be edgier than my cozies), and I'm already plotting Booktown #10 (#9 will be published next June ... and oh, poor Tricia ... she needs a break). 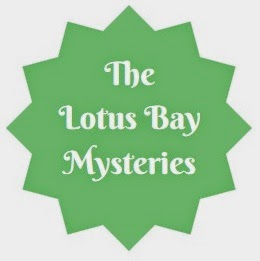 Gosh, I feel exhausted just thinking of all the work I need to do in the next few months/years ... but you know what? I anticipate it all being a LOT of FUN, too!  And I hope my readers feel the same way.

I'll be announcing the availability of PANTY RAID next week on my Facebook pages and on my website. Oh, and it will come out under my Lorraine Bartlett name.

When do you sleep? But anyway, your readers are glad if you never sleep! The new series sounds great, Lorraine! You are an inspiration to me.

Exciting! I can't wait to read the new mini mystery and the new series!
Did you write the Booktown books out of order as well?

I can't wait to read your new series and I'm happy to learn there will be more Jeff stories, even if it's a short one, I do love that man.

I can not wait to get to know these characters!

You're astounding, Lorraine! Mary Jane is right - you're an inspiration. Congratulations on the new series!

I'm looking forward to the new series and do you have a giant scorecard in your writing area?
Mare

Exhausting for you, great for us! Whatever you do, it works. Haven't read quite all your series but getting there. Can't wait to read Panty Raid.

I like everything you write! This new series is bound to be wonderful.

It all sounds exciting and wonderful! Can't wait for the new series, Lorraine. I know it will be fabulous!

Now that makes my brain hurt. But I'm glad so many more books are planned. I look forward to all your series, new and old...or old and older.