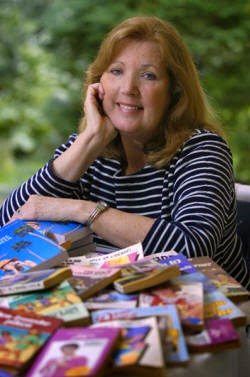 As promised here are some more "book signing horror stories." The response to last week's post http://www.cozychicksblog.com/2014/07/the-top-ten-things-people-have-said-to.html
was so great, I thought you might enjoy a few more.

1. Tantric Sex Guy approached me and cut right to the chase. He didn't even bother looking at the neat pyramid of my books and said bluntly, "Are you into tantric sex?" 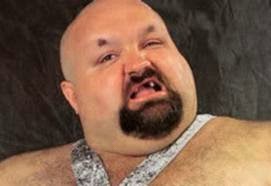 Answer: (after taking a deep, calming breath). "No, afraid not. I'm here to sign books." (hoping to redirect him).
"Is your husband around?" He looks nervously from side to side.
"Yes" I say brightly. (improvising madly). "He's two aisles over, checking out the military history books. He's an ex-Navy Seal." 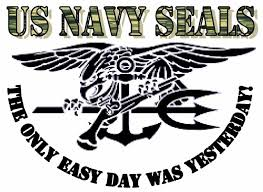 "You're married to a Navy Seal?"
"I sure am!" (I give a big fake smile. Actually I'm married to a British scientist, but that didn't sound deadly enough). "And he's wildly jealous. He nearly killed a man in Dallas, just for looking at me."
"Maybe I better come back later."
"Good idea! Bye, now!" I give a cheery little wave as he lopes off. He has a strange gait, like a feral dog or a wolf and I remember to make a note of that detail for a future book. (Luckily, for writers, everything is material.)
2. The Guy with His Grandmother's Memoirs. He plunked down an enormous manuscript on the signing desk--it was the size of three Manhattan phone books. 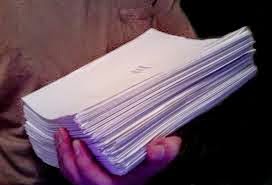 "My grandmother in Iran wrote her memoirs," he begins, "and her English isn't so good. I'm having trouble finding an agent." (what a surprise.)
"Yes?" I say, trying not to show too much enthusiasm.
"I thought﻿ maybe you could read her book and recommend it to your agent."
"Well, I'm afraid I really couldn't do that--"
"You'll need a Farsi dictionary," he says, cutting me off, "so I brought you one." (what a thoughtful guy!) 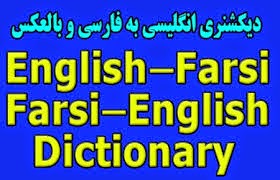 Sure enough, he plunks a Farsi-English dictionary on top of the ginormous manuscript. "Some chapters are written entirely in Farsi, I tried to write some notes in the margins, but I gave up after the first 300 pages."
"I'm not surprised."
Memoir guy leaves, looks disappointed.
3. Mr. 007 "You really should write my life story," he tells me, "we could make millions." He vaguely looks like a guy who knocked on my door last week, trying to sell me magazine subscriptions.
"We could?"
"Sure! With your looks and my brains, we could clean up."
"Hmmm..."(pretending to consider). "You said, 'with my looks and your brains,' why couldn't I be the one with the brains?"
"Well, it just doesn't work that way," he says irritably. "Now here's the thing, I'll give you the ideas and you just write them up. You have the easy part," he adds generously. "We'll split the profits 50-50. Are you with me, so far?"
"I think so." (wow, he really knows how to tempt a girl.)
"My life is so exciting, my friends call me 007." 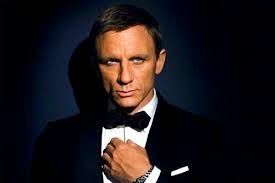 "They do?"
"Yes, and I'll tell you why. I love excitement and danger, I love to explore new places and I'm the man of a million faces. Women throw themselves at me everywhere I go."
"Really? That's fascinating. Are you a spy or something?" 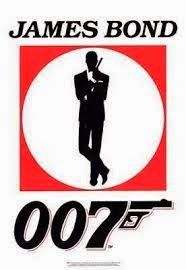 "Not quite." For the first time, a note of doubt creeps into his voice.
"But what do you do?" I persist. "Do you have a business card?"
"Sure." He pulls out a card and hands to me.
I read the card. 007--the man of a million faces--sells Venetian blinds.
I hastily get rid of him.
4. ZZ Top walks up to the table. Okay, it's not really ZZ Top. but he has a long white beard. 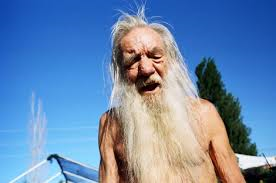 "Hi there! We went to high school together."
"I don't think so," I say politely.
"We did, we did!! I sat right behind you in algebra."
I smile. "I went to a Catholic girls' school, a boarding school, actually."
"Oh." He looks crushed and I feel vaguely sorry for him. "Maybe I got it wrong, I'm getting sort of forgetful."
"That's okay. Have a nice day." He looks at least 120 years old and thinks we went to school together. (Note to self: look into Botox immediately and get the name of a good plastic surgeon.)
So "another day, another dollar," as they say. Except this time, I didn't make a dollar, I didn't sell a single book. But in the end, it all paid off.  Book sales? Zero. Weird characters? Priceless!
Mary Kennedy
Posted by Dr. Mary Kennedy at 12:00 AM

Oh my, Mary - what characters you meet! I guess book signings are actually helpful - even if you don't sell any books - because you can probably get some good plots or characters from the nut cases you meet. And even if you can't work them into a book, you can entertain your friends for a long time with the stories. What a group of characters. Just make sure you always do your signings in a VERY public place!

Thanks for another much needed laugh. With all the book signings I've been to, I can't believe I've never met any characters like this. At least I never have to worry about whether authors will think I'm sane or not.

Hi Lynda, yes, there always seem to be odd characters lurking around! I could never find (or even invent!) these people on my own, so in some ways, it pays off. Thanks for stopping by. (And you're right about doing signings in a public place. :-)

Hi Mark, thanks so much for stopping by! I've really met my share of characters. One of my writer pals said to me, "Mary, how come I don't attract weird people at MY signings, it's not fair.": I said, "Hey, come to mine, any time! I'll introduce you..."

You really need to work this into a book. Too funny. Hope we get to do a signing together. I’d love to see this in real time. :-)

I love these Weird People stories. There, I thought up the title for the book; Weird People. You write it and we'll split the profits. Ha ha.

Duffy. I would go anywhere to do a book signing with you!! It would be wild, we would laugh the entire time.

What is WRONG with the bookstores that are holding these signings, anyway? Granted, My experience is not that varied, but I know at the Poisoned Pen bookstore in Scottsdale, for example, an author's appearance is openly tied to the selling of books, and customers are given numbers with the books they buy. After the interview with the author, the line forms according to who has what number. This is advantageous to the store, the author, and the customer because(a) the store keeps tabs on how many books are sold that way, (2) the author is protected from the kind of creeps you wrote about here. Granted, there still might be an occasional oddball who gets through, but at least the author knows the oddball has bought the book, and (3) the customers who are genuine fans get to meet their author and get a book signed, in an orderly fashion, and without one or two people hogging all the author's attention. You might suggest this plan to whichever bookstore is planning an appearance for future reference, assuming of course that you aren't burned out on author appearance at this point.

Hi Jane, I'm sure at well organized stores, I'd have an easier time. Most of these weirdos approached me at conferences and it was sort of a free-for-all. Sigh. I had to remind my self to keep smiling and to be polite (all that Catholic school training finally turned out to be helpful ::-)

Hi Mary: Thanks for a good laugh. Truth really is stranger than fiction. I have been to several signings that were sedate in comparison. Guess I've been going to the wrong signings. Anyway, your tales from the darkside caused me to go out and buy Dead Air which I love. Now I'm buying the rest of the books in the series. Thanks from another Catholic Girls HS survivor.

Thank you so much, Mary Louise. (my real name is Mary Louise, by the way). I shortened it to Mary when we moved up north and I was called "Mary Lou" (which worked down South). In my Catholic girls' school, every single girl was named Mary--followed by Elizabeth, Theresa, Louise, etc. If a nun yelled 'Mary!" thirty-five heads whipped around! Too funny. Good to meet another survivor. Stay in touch! Thanks for stopping by.

This is hilarious! These stories from book signings could be a book in itself.

Hi Irene, thank you so much, I am so glad you enjoyed them!! I can see that I'm going to have to do some more book signings to get more "material." Thanks for stopping by!

Oh my gawd, Mary----You must send off "Come hither and annoy me because I'm sweet natured" energies. :) You look sweet in your photo. What a bunch of crazies! In ten years of signings & appearances, I've never had such crazies. Boors, yes, but not certifiables. No doubt I send off the "Drop dead, you moron" vibe.

HI Maggie, I have to admit, I have attracted my share of crazies! I think we need to do a book signing together, I could use some emotional support! :-)

I loved reading your post. Thank you for the early morning smile. Cheers, Ardee-ann

Thanks, Ardeeann! I'm so glad you enjoyed it!!

Mary - Honestly, I do sympathize, but I kind of hope you have more book signings from hell. Reading this just made my day! BTW, I watched the old Schwarzenegger movie, True Lies, the other day (for the umpteenth time). Your Venetian blinds guy made me think of the Bill Paxton character in that movie!

HI Becke, oh god, too funny!! I forgot about that movie, that's a good point.