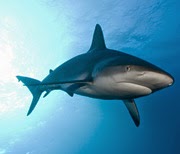 One of my friends commented that writers are like sharks, always on the move, because if we ever stopped moving, we would surely die! (actually, that's a common misconception about sharks. There's only one species of shark, "obligate ram ventilators." who will die if they stop moving. The rest can take pit stops to grab a breath.)
But back to her theory. When I asked her to explain, she said, "You guys are always thinking, always watching everything, always coming up with characters and plots." She gave a little snort. "And when you're sleeping, you probably dream about books." (I may be mistaken, but I thought she sounded vaguely annoyed with me.)
But I have to confess, in many ways, she's right. It's true that our brains are always "engaged," much to the annoyance of our non-writer pals. We never "chill out," we're always thinking, thinking. 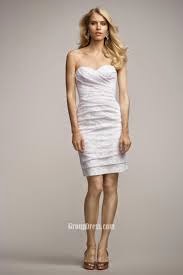 If I go to a party--a rare event, I always have deadlines--I try to absorb everything I see, hear and feel. It's all material, after all.  Last week, I saw a girl in tight white dress (if it were any tighter, it would be a tourniquet) and heard her whisper to a friend, "This dress--it was a gift." Really? I am fascinated and wonder who bought it--her hubby, standing at the bar downing a few shooters, her boyfriend, a flashy Lothario chatting up a redhead, or maybe she's lying and she bought it herself? (It's a designer dress, but then, she IS a hedge fund manager.). One look at a dress and my mind scoots down odd passageways. I immediately started thinking about how I could work the "girl in the white dress" into a murder mystery. 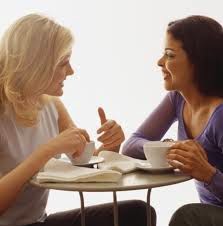 Odd bits of dialogue are always intriguing. I overheard two women talking at Starbucks. One said, "How are Walter and Francesca doing? I heard they were having some problems." Her friend shook her head sadly and replied, "Yeah, it's a shame. Things have never been the same with them--ever since he threw her through that plate glass window." Yowsers. I sipped my Chai tea and moved to another table.

And it doesn't have to be sights and sounds, even smells can trigger strong memories for us. I love honeysuckle, it always reminds me of "summer nights filled with magic and promise, when everything seems possible." One whiff of honeysuckle and I'm wrapped up in a romance novel in my head. 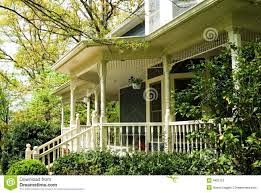 Sometimes a sight and smell together can move a writer to tears. I was walking with a friend when we passed a Victorian house surrounded by magnolia bushes. A young girl came out and let the screen door bang behind her. I was shocked when my friend's eyes suddenly got misty.
I stopped dead in my tracks. "What's wrong?" I asked. She brushed her tears away and said sheepishly, "I know this sounds crazy, but the smell of the magnolia bushes, the front porch, the screen door banging on a summer night, it just all seems so sad."
Sad? It turns out that she was flashing back to a memory of herself at age thirteen, spending the summer with her grandmother at the shore. It was happier times for her, and she captured that whole image--and those feelings--in a sort of freeze frame. The image was so vivid and so moving, it was hard to believe that twenty five years had passed. But I knew exactly what she meant, because the same sort of thing has happened to me.
Do certain sights/sounds/smells trigger a memory for you? Can a sunset or a summer night bring back a wave of nostalgia? If so, you're probably a writer. Or have the soul of a writer...
Mary Kennedy
Posted by Dr. Mary Kennedy at 12:00 AM

Mary, this is a magnificent post! It made me misty - I love how you observe the world.

Thanks for this - it made me think too.

Thank so much, MJ! xo mary PS sometimes I think all of us (writers) feel things too deeply...but maybe it goes with the territory.

Love this post! So true. My mind, like yours, just never stops. I guess I never thought of myself as a shark! :-)

HI Leann, thank you so much. I think all of us are always thinking, plotting, imagining...I was surprised at the "shark" analogy, but I think my friend meant it in a good way. At first I thought she meant writers were predatory, but then she explained it.

I'm non writer but I got teary eyed thinking about growing up. We didn't have a Victorian home but we had a porch and a screen door that slammed as 5 kids ran in and out
Becky Prazak

Anonymous, I know what you mean. I forgot say there is something about the smell of freshly cut grass that makes me incredibly nostalgic. I think we all long for easier, happier times. Thanks for stopping by!

I think I would have stayed and listened to hear what else happened with the plate glass couple.

I was tempted....very tempted. But they were giving me the hairy eyeball because they suspected I was listening

You are so right, sometimes a simple item sparks a memory that you want to hold onto for a long time.

Hi Dru, very true. Sometimes those memories are so wonderful...frozen in time. It's hard not to be nostalgic...sigh...

I never thought of myself as a shark for all that I work for lawyers and write a mystery series featuring a scuba diving protagonist - but it's true - in the sense that for me, all encounters are fair game for idea fodder. As for sights, sounds, and smells. Oh yes.

Yes certain smells, like songs you hear in passing remind me of past experiences good and bad.

HI Kait, I bet you have some terrific material in your "day job." Legal thrillers are hot right now, I wish I could write one. I wrote a review of a couple of Pam Callow's books for The Big Thrill and I re-posted it on BlogHer. Pam is a terrific Canadian writer--and a lawyer--and wrote a trilogy for Mira. Here's the link, just out of interest. http://www.blogher.com/pamela-callow-writes-smart-sexy-legal-thrillers

Yes, songs, too, I forgot about that, Annette!! Definitely songs.

What a wonderful post on how a writer absorbs information about the world! Thank you, also, for the interesting tidbit on sharks. :-)

Thank you so much, Irene!! I'm glad you enjoyed it. I'm still trying to come up with a polite reply to my friend who tells me I "think too much."