A mini vacation to Savannah...

People go to Savannah for the food, the flowers, the big old Southern houses, the parks and Spanish moss, love of things haunted, and did I mention the food. Once you park your car you walk/eat your way across the city. It’s truly a walking city.


My must-eat restaurants are the Pink House. Through the years, the building has survived fires, wars and plagues. The two things remaining are the pink exterior and James Habersham Jr who hanged himself in the basement in the 1700s and never quite left the place. What to order...shrimp and grits!
If you want the best fried oysters go to Tubby’s on River Street and eat outside overlooking the Savannah River. The best sandwiches…Zunzies for a Conquistador with special sauce that drips down your chin.
Order pecan chicken at the Pirate House shown here, oldest house in Savannah and where Robert Louis Stevenson wrote Treasure Island and where you can go through the tunnels underneath that lead to the Savannah River and where pirates kidnapped drunken sailors and dragged them to waiting ships. Ask the waiters at the Pirate House about ghosts...everyone has a ghost story. 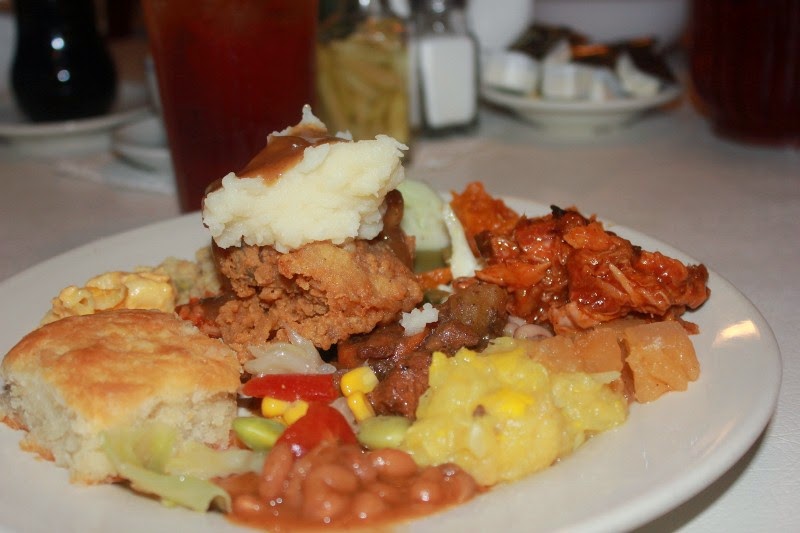 For down home food wait in line at Mrs. Wilkes Boarding House and eat greens and grits and the best fried chicken and biscuits on Earth.  You have to wait in line for an hour just to get in but it’s so worth it

Where to stay...an old Southern home of course. Many are now B&Bs and haunted like mad. The Marshall House, The Kehoe House & The 17 Hundred 90 Inn & Restaurant are all three fine places to stay and are known to be the most haunted inns in Savannah. I’ve stayed at the Marshall House 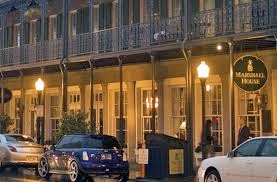 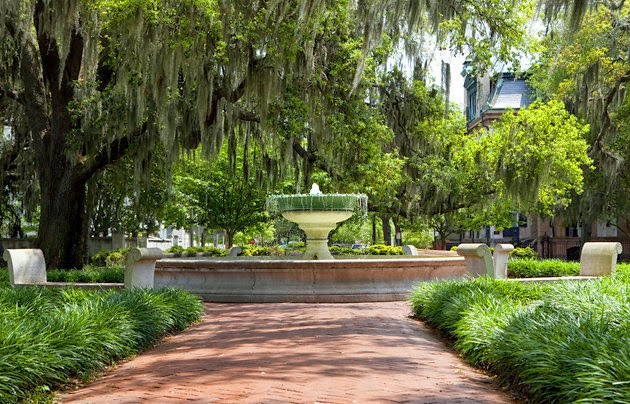 The city squares are terrific. There are 23 of them and they are small parks in the city and have huge live oak trees with Spanish moss. General Oglethorpe designed the layout of Savannah in 1733, streets interrupted by public squares. Every city should have this kind of green space. This is Orleans Square. 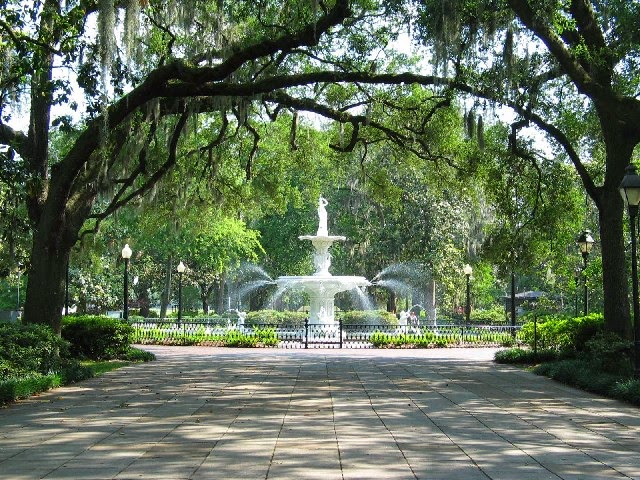 Forsyth Park is so lovely at night you need to stroll it to appreciate it. For more of the real South take a walk through Bonaventure Cemetery. Just an FYI…Voodoo is not a tourist 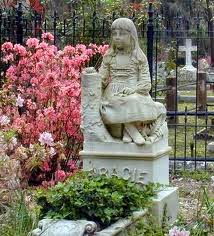 gimmick in Savannah, it’s the real deal and you’ll see fresh fruits and vegetables on certain tombstones as “offerings.” Above is the statue of Little Gracie. You can see her wondering Bonaventure at night.

Many of the old homes are named after the person who designed it or lived in it or died in it. Most famous is the Juliette Gordon Lowe house, founder of the Girl Scouts and of course Juliette is still around to keep those Girl Scouts in line and when you pass by the Davenport House, look in the window for the ghost cat. The Sorrell Reed house is the most haunted house in Savannah. People buy  it, they sell it, it’s always on the market. No one lives there now…they haven’t for years and it’s prime real estate in Savannah. One scary place. Gives you the shivers just to walk by it. 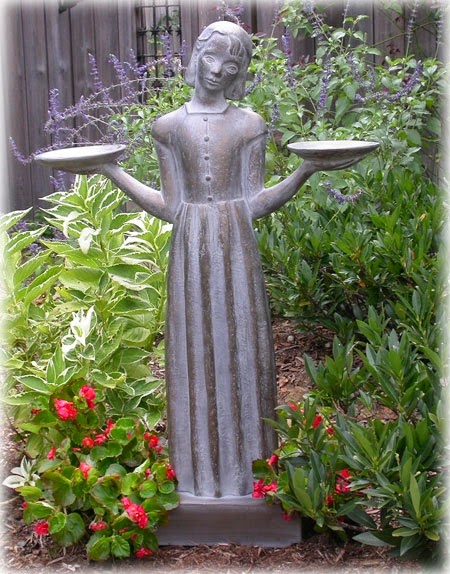 Okay, I gave you a tiny glimpse of my fav city, so what’s yours? Las Vegas? New York, Miami, Disney World?

I do not have one absolute favorite. I have been to over 40 states, and a few other countries. I love so much about many of them. I have found that I could be happy in several places. I once went on a mini-vacation to NOLA. Upon my return, I asked for a transfer there. My boss refused to do it. Oh, well. I love coming back to the MidWest anyway. Love the seasons.

Hi, Margaret. I love the seasons too esp if winter lasted one week at Christmas then we went right to spring. ;-)

Mine has always been New York. Grew up there and love that there is so much to see and do. I LOVED going to the theater as a child, and being exposed to the ballet and opera at a young age. New York also has so many different cultures, Chins town is fun to walk through. And the shopping!!

Thanks for this fabulous mini-vacation, Duffy! My favorite city is Paris. I can't wait to return.

I used to live very near Savannah and loved to visit or go to the beach. Brought back really good memories of time there. And the eating establishments! I did go to the Davenport House but did not see the cat. Thanks for the memories!

Boston, MA. So many things to see and do here. Museums, theatres, historical places, and champion sports teams. Beautiful 300 year old architecture right next to modern buildings, and great music venues. Think the Boston Pops on the 4th of July. Lots of stuff for kids too

Hi, Dotty. I so love Boston…except in the winter. Lordy it gets some horrid weather. Have taken the historic walking tour. So much to see and do.

Hi, Sandi. So much to see and do in Savannah. My daughter went to school there and has a ton of ghost stories. What a neat city.

Oh Paris!!!!!! Was there a few years ago. An amazing city indeed. Love the museums and food. Yummmm.

Hi, Amy. My daughter lives in NYC. I love it too. Growing up in the city would be fantastic if you are into the arts. The one big drawback is the price. Such an expensive place to live. Lordy.

So many amazing places to live and they are all different. It think Oregon and Washington would be lovely, so green and pretty. The desert is intriguing but don’t know if I could take the lack of green. Always a ton of great places to visit, that’s for sure.

Love Savannah! Got to take my daughter on a wonderful vacation there for her birthday. When she was younger I was always working, so when she was older, I was able to take her for a mother and daughter vacation. Wonderful memories! I also love New Orleans for the atmosphere and history.

I love Savannah, it reminded me of where I grew up in the Midwest because their trees are planted between sidewalk and street, just as our were. I loved the Pirate House, but especially, the top floor next to the river where we watched the barges come in and go out. I believe it was Madhatter, or something like that. Truly a great place for a vacation. Thanks for the memories. Blessings, Janet

Oh, Jeannie, I went to Savannah with my daughters too. The perfect vacation! So glad you had fun.

Hi, Janet. The Pirate House is terrific. We asked the waiters about ghosts and they had so many stores ‘cause the place is so old. I love watching the river traffic too. What a great place to just get away from it all. Have a great 4th of July. Hugs