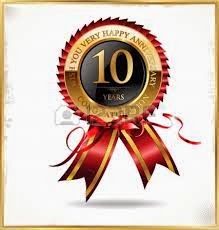 Even when I'm not keeping track of important dates, it seems the Internet is. I knew my son and daughter-in-law celebrated their 10th anniversary this year in May and didn't need a cyber reminder. That was a wonderful day, one I will never forget. But then someone posted on my timeline on Facebook congratulating me on ten years--and I had to stop and think. What anniversary is that? 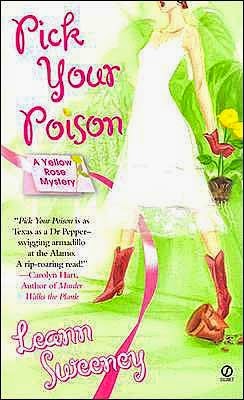 Then I remembered.The same week my son and daughter-in-law were married was the week my first book came out from NAL/Signet. A lot went on in 2004! The book was the first in my Yellow Rose Mystery series, Pick Your Poison--a book I had been rewriting for ten years plus before it was finally picked up by a major publisher. I guess ten might be my lucky number.

2005 wasn't as kind. That's the year I finally learned why I was so exhausted, and why I would need to take early retirement from my nursing job. I had Lyme disease. I spent the next two years trying to get well, but sometimes the cure is worse than the disease. By 2007 I couldn't tolerate any more antibiotics or IV vitamins or shots of a little energy chemical we all need called ATP. For me, it just wasn't working.

I was frightened I wouldn't be able to write books anymore, and indeed, we had to push one book back several months while I was in treatment. But though the Lyme took my energy and my strength and at times nearly killed my spirit, it couldn't harm my imagination. Indeed, 10 is still my lucky number. My 10th book was published last year. And now I've made it one step further as #11 comes out this August. 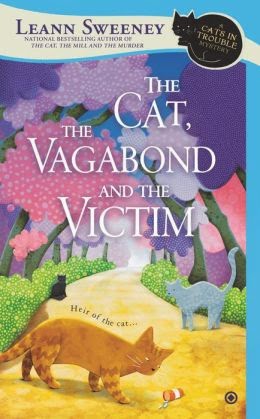 We all have "something" as Robin Roberts so aptly put it in her new book, and the fighter in me wouldn't allow my "something" to steal what I loved most. So, happy anniversary to me and my writing career. And a big thanks to the editor who believed in my even when I was sick. She understood and nudged me to keep on writing. It has been my savior.
Posted by Leann Sweeney at 12:00 AM

So glad you were able to keep yourself going forward, in spite of the difficulties of dealing with a chronic illness. You have reason to be very proud of your accomplishments. Your books are wonderful and your imagination has provided a lot of people with enjoyment. I've enjoyed all 10 of your books and am looking forward to #11. And I hope your next 10 years are happy, healthy and productive.

Congrats on 10 years!!! Hope there are another 10 and a new Yellow Rose Mystery too!

Thanks Lynda. I was always such a busy person, I guess I was meant to slow down, though I wouldn't have ever expected to do it like this! It is what it is. :-)

Thanks Kim. Maybe when they find a cure for this miserable Lyme I can write two books a year. Abby and Kate have more cases to solve!

Hi Leann, what a great post!! I didn't know you had Lyme Disease--I agree, it's absolutely awful. And the antibiotics are terrible--I begged the doctor to let me stop taking them. So happy that you are feeling better--yes, let's hope for a cure for Lyme Disease. Delaware is one of the worst states in the country by the way. I live at the edge of a state park, but I'm still not sure how I contracted it.

I didn't know YOU had Lyme! It really is all over the country and is very misunderstood. I probably had it a very long time before they found it hiding in the 40 tubes of blood they finally took when they couldn't figure out what the heck was wrong with me. Amy Tan has Lyme and she stopped writing for more than two years. She now advocates for Lyme treatment.

Congratulations on feeling better with Lyme. I live in Ct and as you ;know, it got it's name from Lyme Ct. We have to be so careful of everything now. Ticks, bugs, Sun and so much more. Gone are the days when a kid can just run out and play.

Congratulations on your 10 years with being a published author. Keep writing we love your books.

Congratulations, Leann, not only on the 10 years but also your perseverance with that disease. You're an inspiration. I'll celebrate my 10th year with the Kelly Flynn series next June. Kelly #12 comes out early June. Actually, my very first pubbed novel came out in 1995, with my historical romance from Berkley Jove. It was a long time between drinks. :)

Thanks so much Diane. Writing is a savior! Thing is, there is a strong possibility I contracted Lyme as a child because I played in the woods all the time. Because my illness will not go away--and they have put me on every treatment imaginable--this is what the doctor believes. I also lived 6 blocks from the first major toxic waste dump in the United States as a small child--Love Canal. I used to collect tadpoles from water near the railroad tracks that separated our street from what would become the condemned area years later. It wasn't safe even back then--we just didn't know.

Congrats to you, too, Maggie! Pretty soon you'll be at 20 years! WOW!

Happy anniversary, my dear friend. You have had a great publishing career and at the same time a rough ride. May you continue to ride high with your books in the next ten and may the new house and the new life be good for you and your health.

Thanks so much, good friend! Moving into the new house will certainly lift my spirits!

Didn't know you had Lyme also Mary. It is a nasty disease, and partly because it is still not completely understood. My brother lives in CT, near Lyme, and their home borders a wooded area with ticks. He had trouble getting the insurance company to cover treatments because they found a panel of Drs. who decided that the more serious "Stage 3" Lyme didn't exist. Finally the AG stepped in and insurance companies had to cover the treatments (apparently they're expensive). But they made a lot of lives miserable before that. My brother was practically an invalid before he started getting treatments a couple of years ago. He's doing much better now, but still has ongoing issues. I hope that your Lyme doesn't give you too many problems. With the busy schedule you keep, that could be difficult.

HI Lynda, I'm doing well although I was sick as a dog for a few months. I was so sick I remember thinking, "Wow, this could kill me!" Not to be overly dramatic, but that's how bad it was. My heart goes out to anyone who suffers from this. Glad the AG stepped in and confronted the insurance companies about your brother. That is so unfair that he was initially denied treatment. Glad he is doing better now.

Since I have stage 3 one of the drugs is an antibiotic called Mepron. It only is sold in the US as a liquid--nasty yellow liquid. It costs $1500 a bottle, but my insurance company only charged me $50. This drug had to be combined with zithromax (I am allergic to tetracycline) to break the cell wall so that the bacteria can be attacked. Lyme is a spirochete that burrows deep into the cells. In Canada they have a tablet form of Mepron. Don't know if we have it yet here but the drugs made me so sick I had to stop after 18 months. They tried again a year later since I am still showing active Lyme. Had to quit. Sometimes the cure literally is worse than the disease. But I had 4 co-infections that DID go away. So I am happy about that! :-)

Not sure if perseverance makes writers or that writers already have perseverance. Either way, ten years against unyielding odds proves the point. Congratulations on a cool achievement.

Thanks so much Cheryl. What's funny is that until we were getting ready to move, I hadn't thrown out 11 years worth of rejection letters. It was a rather large file!! LOL. Now, all the worthless paper had been recycled. Except I kept the rejection letter (a very nice one) handwritten by Ruth Cavin of St. Martin's Press. She was the longtime head of the mystery department there and legendary. She died a few years ago and I am very glad I kept that one as a reminder of the journey!

I often have a problem with the cure being worse than the disease, as I'm allergic to almost everything from aspirin to antibiotics, so I can definitely sympathize with that. Fortunately, my brother tolerated it well (he called it an antibiotic cocktail). With some meds that cause people problems, they try to come up with alternates that people tolerate better, but since Lyme is not as wide spread as some diseases, I imagine that it's not as profitable to try for an alternative, so it may not happen for awhile. I'm hoping that some day in the not too distant future they find something that will help you and others suffering from this nasty disease.

I do, too, Lynda. And those who believe there is no Stage 3 should spend a day in my shoes or your brother's. We have designed my house to be "Lyme friendly." A kitchen prep area where I can sit, a vanity where I can sit (never had that before) a shower with a bench and an aerated tub for therapy. We also have a built in shaft for an elevator in the future. Can you see why I am SO ANXIOUS to get in that house?? LOL!

Congratulations on your anniversary Leann, I love your books very much and am glad I discovered this blogs many years ago now, and all the Cozy Chick's books. I also hope for a new Yellow Rose book someday, those are amazing.
I hope the new house, the healthy air and all will help you feel a bit more energized soon Leann.

thanks so much Aurian and thanks for being so supportive of me and all the Chicks! We are inching our way toward completion and I cannot wait to be in a clean place again! :-)