My Cats Should Star in a Lifetime Movie!

Clyde and Eliza: Together at Last.

Seriously, this would make a good Lifetime Movie wouldn't it? Let me give you the backstory. Clyde was a large "battle-scarred" orange tabby I'd been feeding. I never managed to lure him inside but he enjoyed sleeping on the deck, and enjoying meals of cat food and diced chicken breast. I never could pet him and never managed to trap him, he was far too shrewd for that. My neighbors called him "Fighting Cat" because they felt he was responsible for several neighborhood brawls. After one particularly awful fight, his temple was slashed open and I knew he desperately needed surgery, but I couldn't catch him.

﻿
Enter Eliza, a sweet little tuxedo cat who I'd never seen before. Clyde turned up for dinner one night with his girlfriend trailing shyly behind him. (Yeah, he's a cheap date, he brought her to MY house for dinner!)

The next day brought new problems. Clyde was MISSING. 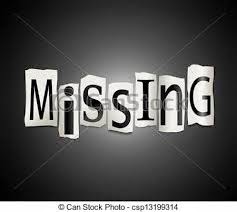 Days went by, weeks went by, with no sign of him. I was frantic. I learned that an animal rescue group had done a "sweep" of our neighborhood. I called around, asking about a "battle-scarred" orange tabby with a massive head wound. No luck. Meanwhile Eliza turned up for dinner every night, and one day I managed to trap her on the sun porch. She was upset, but quickly settled down. Now that she was up close, I noticed she had gained a LOT of weight. All in the tummy. Could she be...was it possible? Yes, Eliza gave birth to a litter of kittens 24 hours later on my sun porch. (still no sign of the "baby daddy.")

And then, nearly another month later, who comes strolling along the deck but Clyde! He was immaculate, well-groomed and his massive face wound was healed. You could still see faint scars from the stitches, but he was safe and sound! And more social than before. He strolled onto the sun porch and was "home." And here's a little postscript to the story, I managed to rescue Calpurnia, Eliza's daughter from an earlier litter. I think Clyde is the father. The whole cat family is reunited and doing well. True love conquers all! 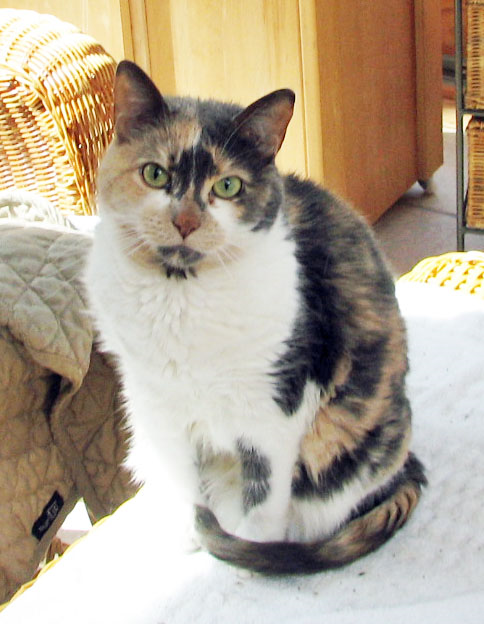 Oh...I love the story of your kitties. So glad Clyde made it "home" safely to be with Eliza his family (and those babies are absolutely adorable). It sounds like someone managed to catch him and get him treatment - and maybe even helped to socialize him enough that he was able to accept that you wanted to help him - not hurt him. Also glad that Calpernia joined the family. How is she feeling? Hope she's doing better.

Hi Lynda, Calpurnia is doing reasonably well (still refusing to go to the vet!). She is one strong-willed cat (despite her adorable, cuddly appearance. :-) I was so glad to have a rescue story that "ended" well and I was relieved to have the whole family safe and sound. Clyde's not admitting he's the "baby daddy," naturally, but I think he must be.

Nancy and Stephanie, thank you so much for stopping by!

Lynda, you will be glad to know that when Clyde reappeared after being caught up in the "sweep" of feral cats in the neighborhood, he not only had surgery, was groomed and socialized, but I noticed the tip of his left ear was missing, so they also neutered him. Which is a "good thing" as we all know!

Thanks, Kate. It's always rewarding when these stories turn out well. The only problem is that Clyde and Eliza's "romance" has increased by cat family by 50%. If only their previous owners had bothered to neuter them...

So glad that that little detail was taken care of (actually it's a BIG detail, since he was obviously contributing to the stray/feral population). Cats are so much happier when they don't have those hormones raging through them, and I've noticed how they are usually satisfied becoming home bodies rather than roaming the world. It's good to know that you have people in your area who are doing TNR - it is so important. It may be Clyde's new calmer attitude may be just from being neutered.

You're probably right about Clyde, but at least there won't be any more babies from him (and you won't have to worry about the neighbors filing paternity suits against you on his behalf). Hope Calpernia continues to feel better. Some cats just will not be caged. So glad your rescue story had a great ending. Not all of them do. Your cats probably don't appreciate what you've done for them though. I know that my cats just feel entitled to everything they have and have forgotten the hard life they had before I took them in.

Yes, I was thinking the same thing, Lynda, he has definitely mellowed. No squabbles with the existing cats, he seems to think of himself as the "new cat on the block" and never makes waves. He is gradually getting over being so shy, loves to be pet and brushed and is settling in nicely. He didn't
"reconnect" with Eliza as I had hoped, but maybe love is a fickle thing! :-)

Wonderful cat story. You are an angel, Mary! And look for my fictional Clyde in the upcoming book. He's a vagabond, too!

Hi Leann, I will definitely watch for Clyde!! Clyde really does have a sort of rakish charm, I have to take another photo that does him justice.

I loved reading your story about Clyde. So glad he's settled down safely. Love those kittens!

A lovely story. I always worry when I see a thin looking cat if it's stray or lost, but the ones that need help are usually the ones who won't let you near. I'm so glad their are people like you who take in these homeless cats and give them a loving home. If only there were more people like you in this world. You are a wonderful person.

You have a good heart and is a true friend to the fur babies.

I love these stories, Mary, and I'd watch them on TV too.

One of my cats really wants to be in a Lifetime movie - I have repeatedly had to pull her out of strange vans because whenever she sees an open one she just jumps right in.

That's really scary, Julia, she might end up across the country! Hope you can cure her of that habit.

Thanks so much, Dru and MJ!

That's so true, Georgina. I think I'll write about Henry (aka "Gladiator Cat") on next Saturday's blog. His story is very interesting and show the value of love and patience in caring for these ferals.