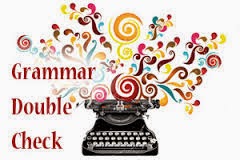 reasons. As a writer, I understand that far better than I once did. Perfecting a manuscript requires a lot of patience and a knowledge of grammar, but also requires knowing when to break the rules. After all, people in conversation, for the most part, do not always create perfect sentences.

But dialogue is a whole other animal. Dialogue is NOT actually how people talk. Dialogue needs to just sound like how people talk while removing all the extraneous ums and ahs and extra words we tend to use when talking to another person. If a dialogue-heavy book used all the words we actually speak, it would be an awfully long book.

Right now I am slogging through the final editing stage of the book that will come out in August. This is NOT a creative process. I do not like it one bit. It requires lots of concentration to make sure every word is there and spelled correctly. There are "rules" about words many of you many not know about. The copy editors and proof readers who "fix" our books must all use the same dictionary and a certain "style manual" that the publisher has chosen. (For me, my first edition of Strunk and White's Elements of Style is enough. I won't say which manual they use, but it's not that one!) 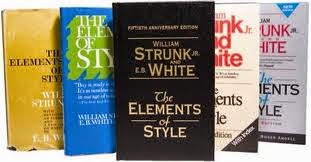 The trouble began with my book last year. You may not be aware there is a campaign to rid the world of that horrible, detestable hyphen. Here's the problem. I happen to LIKE hyphens. Why? Because I am old school. Rule of thumb was always this: compound words not in the dictionary but "created" by the author to liven things up followed two paths. If the new word created by merging two words not ordinarily found together was an
adjective, it was hyphenated. If it was noun, it was not hyphenated unless it was too long to be easily dissected by the reader. 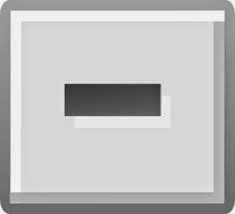 Here's the example that absolutely threw me for a loop with the last book. In the very first paragraph on the very first page there is a word that I had to find by searching for it because I didn't know what this particular do-hickey was: anti-climbing spikes (and everywhere I found it, the hyphen was included). Those are the thingees on top of security fences. But the proofer took out the hyphen so it became anticlimbing. The last thing in the world a writer wants is for the reader to have to stop and figure out a word. I believe many people would have thought this was a typo even though this is what the newest style manual says is correct. I threw a mini-fit (see, I LOVE hyphens) and got my hyphen back. I do not want to stop the flow of a story over one silly word!

I went on to find quite a few other words in the book where hyphens had been removed. I didn't like it. Now, I am dealing with the same thing for the August release. Could we make English any more difficult to learn? Oh yes we can! And we did. Why, you may be asking? Personally I believe someone desperately wants more Scrabble words.

I so agree with you Leann. I use hyphens in combined or made-up words to make them more recognizable as such. I think it makes things flow much more smoothly. In the example you gave, combining anti and climbing, without the hyphen, was awkward (and IMHO incorrect). The advantage I have is that no one is judging or "correcting" me, so I can pretty much do what I want. It must be frustrating when you write something a particular way and the words (and possibly the meanings) get changed. But I appreciate the effort you go to in creating your awesome books. Can't wait for August so I can catch up on the lives of Jillian and her friends.

There are more changes than hyphens. Using lower case rather than capitalizing as in Spring now spring. I like hyphens and capitalization. I'm glad I'm 74 years old and won't be living a long time with lazy grammar and vocabulary usage. Zena

I'm with you, Leann, I always use hyphens. It just seems so much more realistic. People rarely talk in complete sentences! I'm already looking forward to your August release.

Thanks Lynda. For me, it's about making the story flow for the reader! And now, while I'm writing, I have to think, "Is an editor going to change this word? Maybe I should use a different one." THAT is annoying! :-)

We are indeed old school, Zena. Just leave the language alone, I say!! :-)

Thanks Mary. It's not like we're writing a scholarly work! This is fiction. This is a story that needs to flow uninterrupted. Sheesh! :-)

I also grew up with the same hyphen rule you mentioned. Rather than smash the two words into one, with one of my books, the copy editor simply removed the hyphen. One reader took me to task for the 28 that were "missing." :)
Guess she grew up with that rule as well.
Clearly I like fragments.
Another topic, another day :)

Glad I am not alone, Cathy! And I enjoy a good fragment myself! :-)

Another thing to watch out for. This editing process will sure be an experience for me. But first I have to finish it, right? I'm getting close.

Oh yes. It taps a part of your brain you didn't know existed. :-)

I'm with you. With the hyphen I know just what you mean and read on. Without it I have to stop and wonder if it's some new word I have to figure out. I have seen posts from other authors describing the problems they are having with their editors. Hey editors - remember this: you are not the writer!!. I don't like sloppiness and errors left in, but I want to read what the author intended.

And the capitalization - yes, it's Spring!

Yes Grandma Cootie! My intent is to write a story where the reader doesn't have to stop and decipher a word. It just pulls the reader right out of the book. Thanks!

Yeah, I'll bet that is really frustrating. Because, speaking from the perspective of a reader, I prefer to read a smooth flowing dialog. I do not look for punctuation accuracy. Although, to be honest with you, I think your way of punctuating - using hyphens - was far more accurate than it was after they removed the hyphen. Good luck with your editing.

You hand tight Leann. Your books are a great read and we don't want anyone changing your meaning. And Happy Easter!

Go get 'em, Tiger! That's a fight worth fighting.

I'm with you on this, Leann. I'm Old School Grammar myself and have corrected many a copy editor's efforts. :) And I think it's crazy to eliminate hyphens. I LIKE hypehens. They have a place and a function.

Yes they do, Maggie! I will keep using them until they shut me down! :-)

O I so agree with you Leann! They are changing the Dutch language each year it seems, as the many rules I learned, are too difficult for foreigners. Which means I am old fashioned, but determine to keep my own rules. I do hate my spell check for having to add the hyphens though, or seperate the words, as I very often pull two words together. Like soulmates, and such.

Thanks Aurian. I got the very last part of the new book--a teaser chapter for next year's release--and there were only two MISTAKES. But of course what was one of them? They took out a hyphen!!!!!! I wanted to scream.