Spring is in the Air and the Chicks are Hatching New Stories! 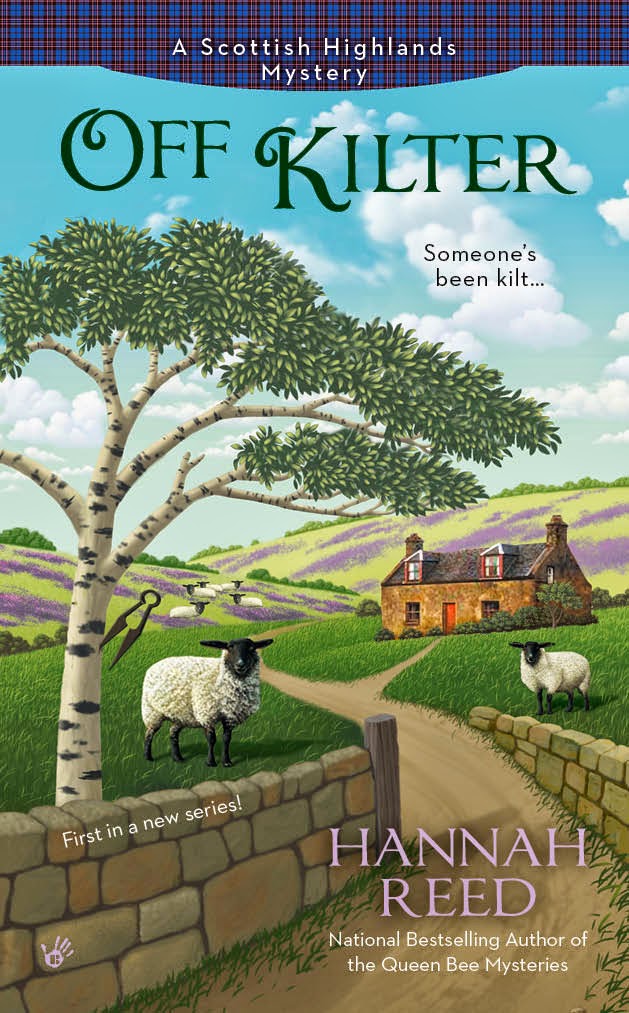 Yesterday, Maggie shared her exciting news - a brand new historical mystery. Today, I have my own 'breaking' news. Off Kilter, which is the first in the Scottish Highlands series, is available for pre-order. You can find it at Amazon, Barnes and Noble, Books A Million, or order it from your favorite indie store.


This is very exciting for me, because my very own Scottish ancestors were seventeenth century rabble-rousers who were eventually shipped to the new world, where they settled in the Michigan Upper Peninsula. I have happily traveled back to my homeland, and in keeping with family tradition, enjoyed causing mayhem in the Highlands.

Here's a little bit about the story:

After the recent death of her mother and the dissolution of her marriage, thirty-something Eden Elliott is seriously in need of a fresh start. At the urging of her best friend, bestselling author Ami Pederson, Eden decides to embark on an open-ended trip to the picturesque village of Glenkillen in the Scottish Highlands, to do some hands-on research for a book of her own.

But almost as soon as Eden arrives in the quaint town, she gets caught up in a very real drama… The town’s sheep shearer is found murdered—clipped with his own shears—and the locals suspect Vicki MacBride, an outsider whose father’s recent death left her the surprise heir to his lucrative sheep farm. Eden refuses to believe the affable heiress is a murderer, but can she prove that someone is out to frame her new friend before she finds herself on the receiving end of more shear terror?

Deb, this looks absolutely fantastic, great cover! Mega-congrats on the first in this exciting new series.

So looking forward to this series, Deb! It sounds like a lot of fun. Great cover, too.

This sounds like so much fun, Deb. :) Love that cover. And I absolutely love the sheep. :)

That cover should be framed and hung in your home, Deb! What a great new series!

Thanks, everybody. Very exciting!!

Sounds like my kind of book! Love the cover!

Love your Queen Bee series. Really looking foward to your new one!

Great having a series in Scotland. Strange, but I love sheep!!

This is my first visit to this blog...I love it! I'm putting this book on my TBR list. Sounds like it combines two of my favorite things- cozies and stories about Scotland! Thanks!

Welcome to our home site. We are a cozy loving group!!

Love the cover and I also love sheep. While in New Zealand, I had the opportunity to give a bottle to a baby sheep. Great memory. They are adorable

Wonderful!! This sounds like the great beginning to a fun new series. I just love that cover! Thanks for sharing, and good luck with your new release!

Your brand new series seems like it's going to be a memorable one and I can't wait to delve into it! Congrats and good luck! Love the cover!

This sounds great Deb, adding it to my wishlist at once!